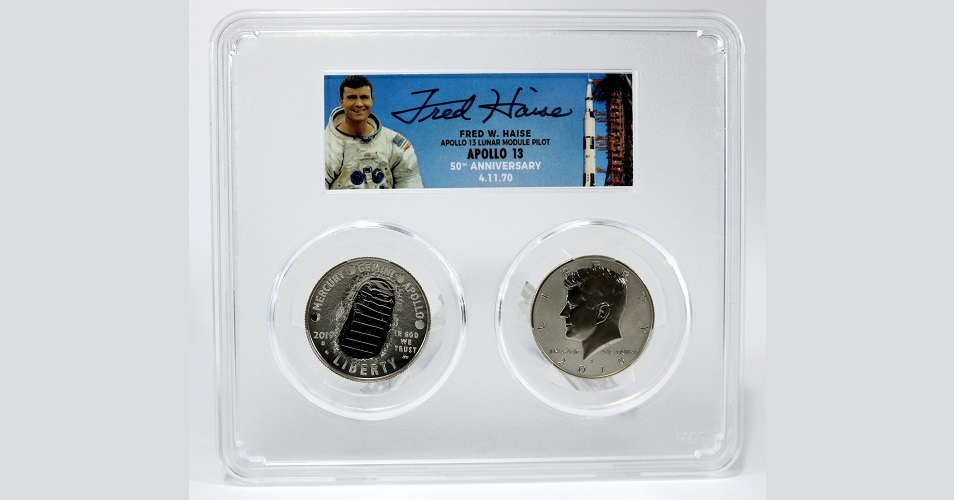 Kennedy Space Center, Florida (April 4, 2020) — A very limited number of 2019 Apollo gold, silver, and clad commemorative coins have been graded and encapsulated by Professional Coin Grading Service (PCGS) with special Apollo 13 50th anniversary inserts, each autographed by Lunar Module Pilot Fred Haise to commemorate his historic mission. Fewer than three hundred of these coins across all denominations have been encapsulated, with populations of some fewer than 20. This new insert, which bears the April 11, 1970, launch date, has been retired and no more will be produced. 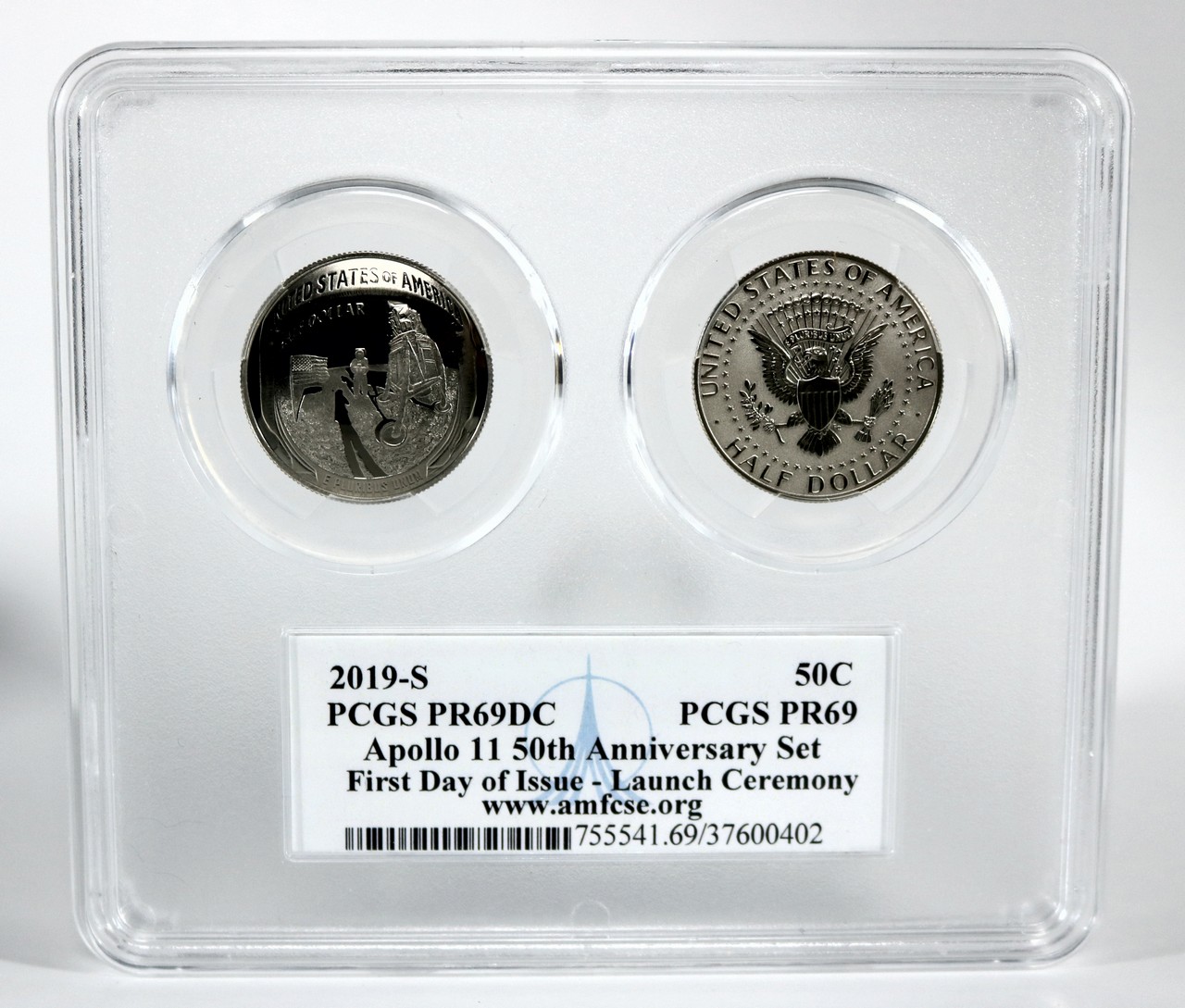 The coins can be purchased directly from the Astronauts Memorial Foundation website. 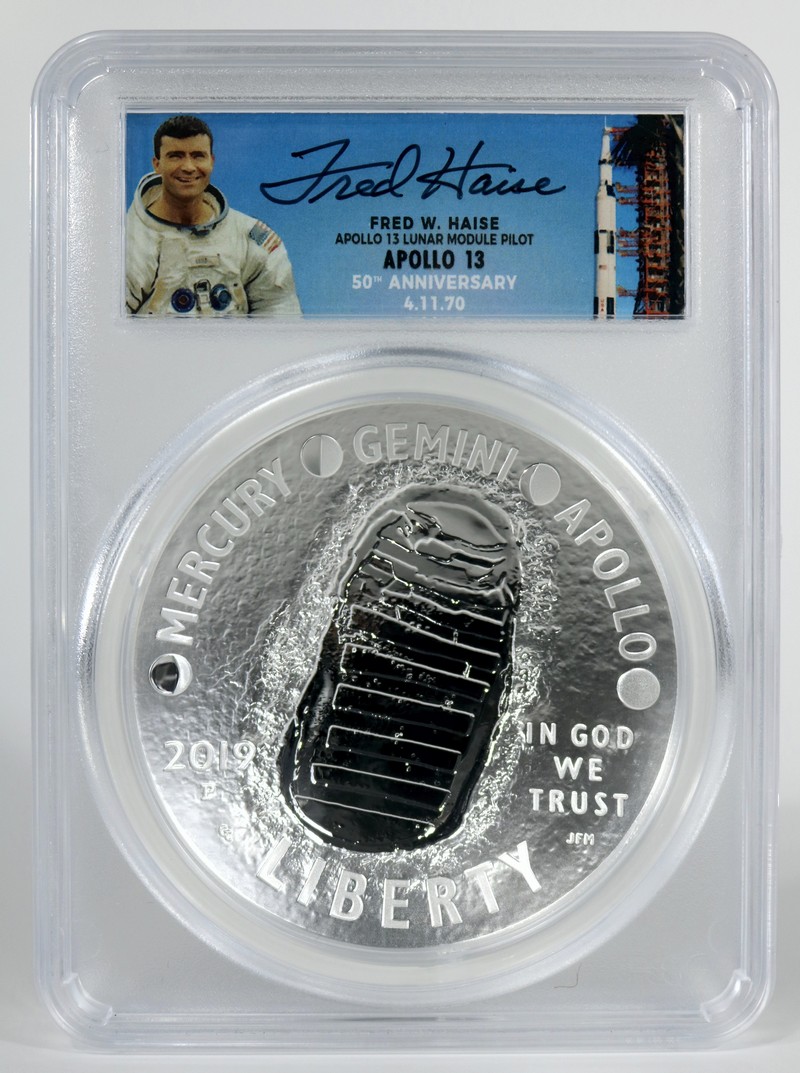 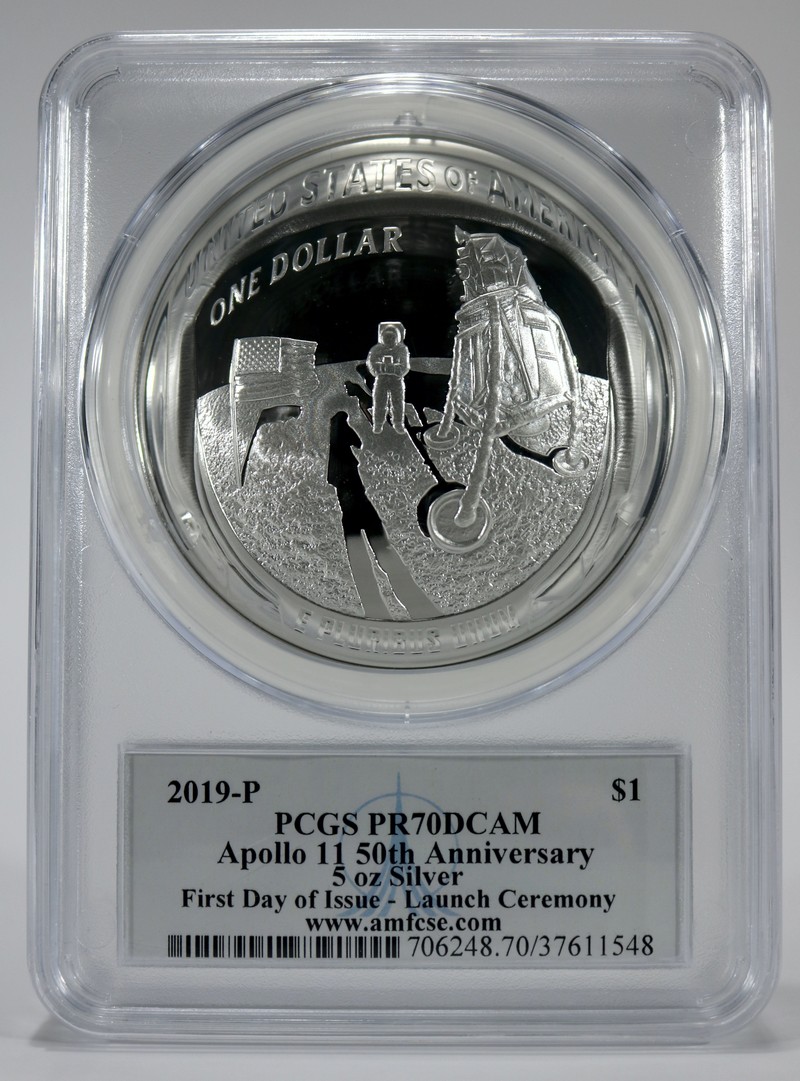 Although Astronaut Haise is best known for his role in the Apollo 13 mission, he was also a key contributor to the testing of the Apollo lunar lander. He also served as backup Lunar Module Pilot to Buzz Aldrin for Apollo 11. After being released from a modified Boeing 747 carrier aircraft on August 12, 1977, Haise became the first man to pilot and land a space shuttle (Enterprise). 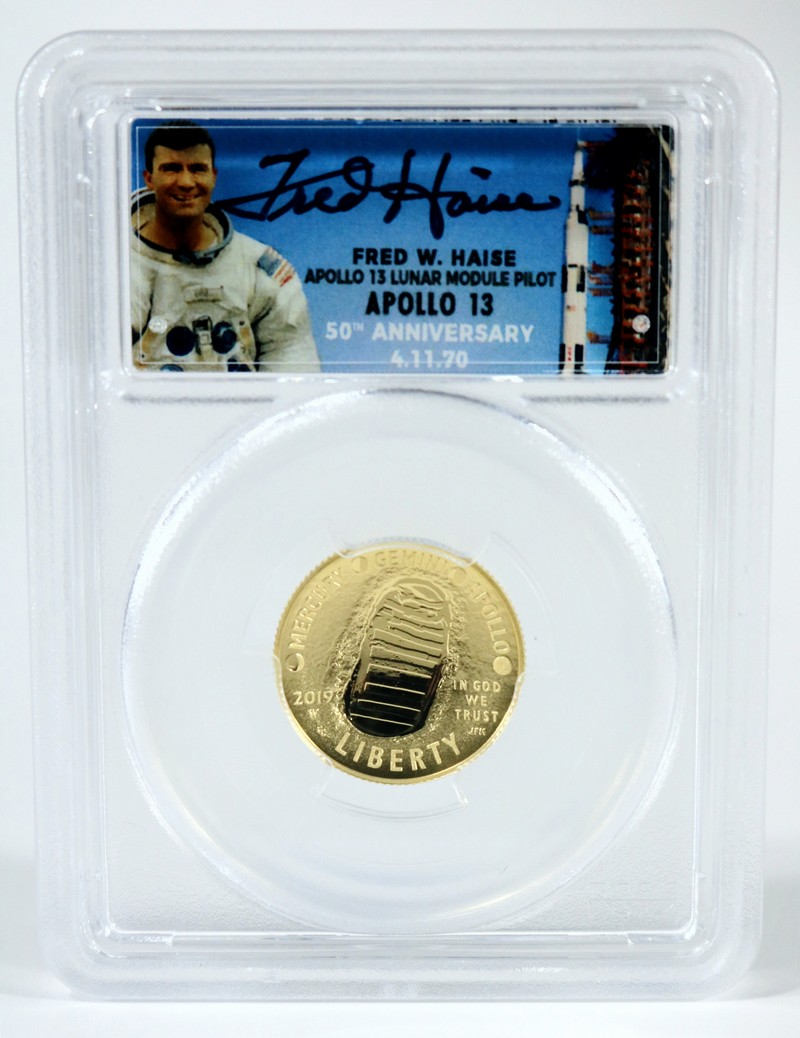 The Astronauts Memorial Foundation is excited about partnering with PCGS on these historic Apollo 13 collectibles. We chose to work with PCGS due to their high-regard in the numismatic community and the safety, security, and aesthetics of the PCGS holder. By combining these coins with American hero Fred Haise’s signature we are offering a unique collectible to both the numismatic and space collector communities. 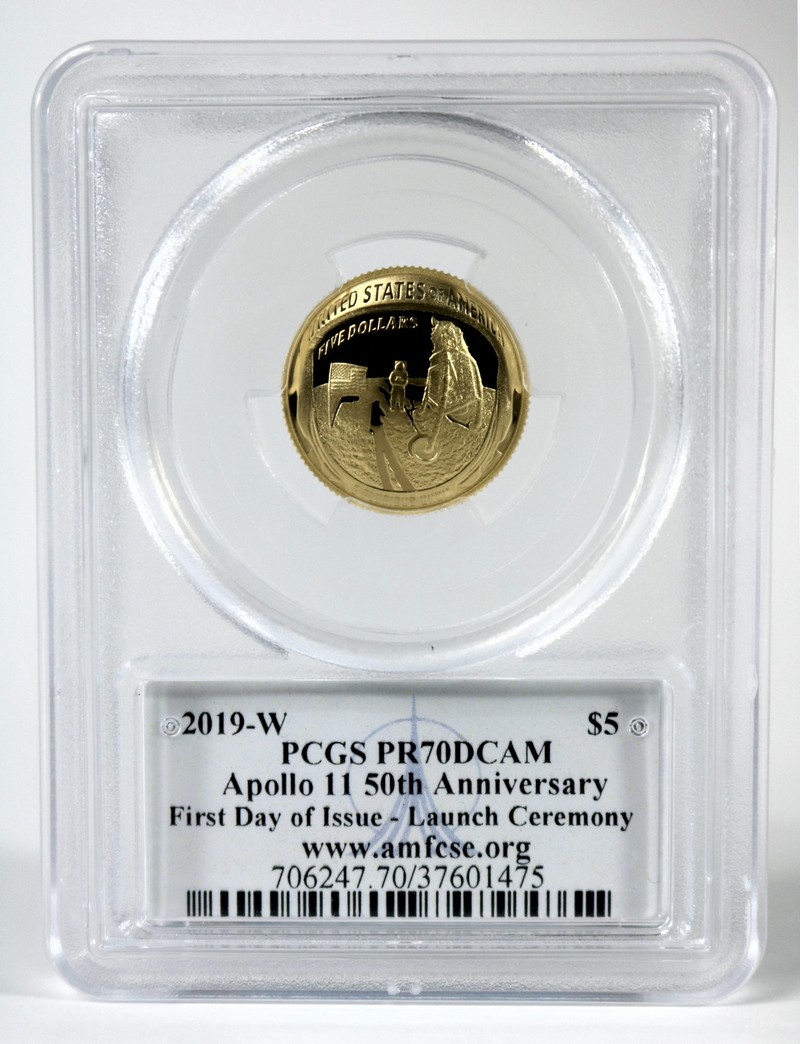 The proceeds from the sale of these Apollo 13 collectibles go to further AMF’s mission to both honor our fallen astronauts and to inspire future generations of scientists, technologists, engineers, and mathematicians.