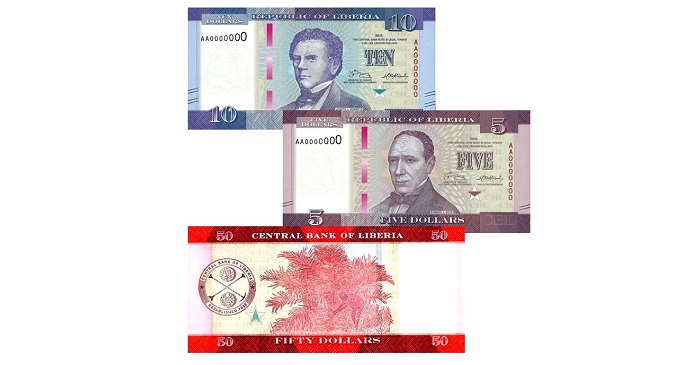 The Liberian government has announced that they are vigorously investigating the unexplained disappearance of two huge shipments of Liberian dollar banknotes printed abroad and brought into the country. The administration of President George Weah has now approached the U.S. Federal Bureau of Investigation, Treasury Department, and the IMF in seeking assistance in the ongoing probe, to “adequately account for all flaws of monies printed and brought into the country between 2016 and 2018.” Records seem to indicate that the initial shipments went missing between November 2017 and the end of former President Ellen Johnson-Sirleaf’s second term in office this year.

The Information Ministry confirmed on the 20th September that newly minted Liberian banknotes entered the country through the Roberts International Airport and the Freeport of Monrovia, and from this point, their whereabouts are unknown. As a result of the ongoing investigations, the West African country announced on the 19th September that they would bar at least 15 people, including former central bank governor Milton Weeks and Charles Sirleaf, son of the former president, from leaving the country pending the investigation.

Then-President Ellen Johnson Sirleaf, who left office on the 22nd January 2018, informed lawmakers about her communication to the legislature dated the 3rd March 2016. The two letters she received from the Central Bank of Liberia advised her office that the economy may be seriously affected due to the shortage of local currency to meet national needs. In recently released documents and official government papers and instructions authorising the printing of banknotes from the Central Bank of Liberia, it was revealed that Mr. Charles Sirleaf, the son of former President Ellen Johnson Sirleaf, who served as Acting Executive Governor of Central Bank of Liberia in March 2016, authorised specific amounts and denominations.

The documents show the breakdown as:

In the same authorisation, the Central Bank of Liberia was requested to completely replace the legacy “Liberty” banknotes with the newly printed banknotes so that only a single type of Liberian currency would be in use, thus facilitating proper control of the money supply. The Central Bank of Liberia was also authorized to introduce coins in lower denominations into the economy, to allow fractional transaction which was aimed at lessening the rate of inflation.

The West African country, whose origins are associated with the settlement of former African slaves from the United States in 1822 that achieved their independence in 1847, has undergone several political upheavals and economic crises during its history. The Liberian dollar was the designated national currency between 1847 and 1907. Between that time and 1943, when the Liberian dollar was once again established as legal tender, the British West African pound was used in the country. When the Liberian dollar was again introduced, it circulated at a one-to-one exchange rate with the U.S. dollar, but over time, since it was allowed to float against major world currencies, the exchange rate has reached a level of LRD 155 to one U.S. Dollar.

A full economic collapse followed the coup d’etat which occurred on the 12th April 1980, and, as result, the government began minting $5 coins. These unpopular coins were replaced with “Liberty” banknotes of the same denomination in the late 1980s, whose design was largely modelled after the U.S. currency already in use and featured a portrait of statesman J. J. Roberts. The design of this note was modified during the civil war from the years 1990 to 2004 to prohibit the use of those earlier notes looted from the Central Bank of Liberia, effectively creating two currency zones. The modified “Liberty” notes were legal tender in government-held areas in and around the capital of Monrovia, while the old notes were legal tender in non-government areas. With the internationally monitored election of the Charles Taylor and his government in 1997, a new series of banknotes that were dated 1999 was introduced on the 29th March 2000, and it is these notes which have been in use until the introduction of the new series of notes in 2016.


The most recent crisis, which has hit the headlines regarding Liberian currency, is the disappearance of what is estimated to be between U.S. $60 and $140 million worth of newly printed banknotes of the Liberian dollar. The Central Bank of Liberia was granted the right to produce a supply of banknotes by a joint committee of the Liberian Senate after the bank had satisfactorily responded to their inquiries. The Liberian Senate granted the request of the Central Bank to print LRD 5,000,000,000 (or five billion Liberian dollars) to address the acute shortage of Liberian banknotes on the market. It is understood that the new banknotes were ordered by the Central Bank of Liberia from printers in Sweden, China, and Lebanon, but their whereabouts after they arrived in the Port of Monrovia has yet to be traced, after a series of multiple shipments.

As a result of the reported disappearance of the banknotes on what may be more than one separate occasion, the Liberian government has enlisted outside assistance from the United States of America and the International Monetary Fund to assist in the investigation of what might amount to the loss of LRD 16 billion or U.S. $104 million worth of newly printed banknotes. The unaccounted amount is the equivalent of nearly five percent of Liberia’s gross domestic product.

The Central Bank embarked on a publicity campaign at the beginning of 2016 to educate the public about the new series of banknotes which included, for the first time, a 500-dollar denomination (U.S. $3.22). The designs of the new banknotes retained the same portraits of distinguished Liberians used in the previous series of notes and also included updated security features and were to be printed on a more durable paper. While the United States dollar regularly circulates in Liberia, the use of the Liberian dollar, which has an official exchange rate of LRD 155 to one U.S. dollar, essentially supplements the American currency which is overwhelmingly preferred in trade.