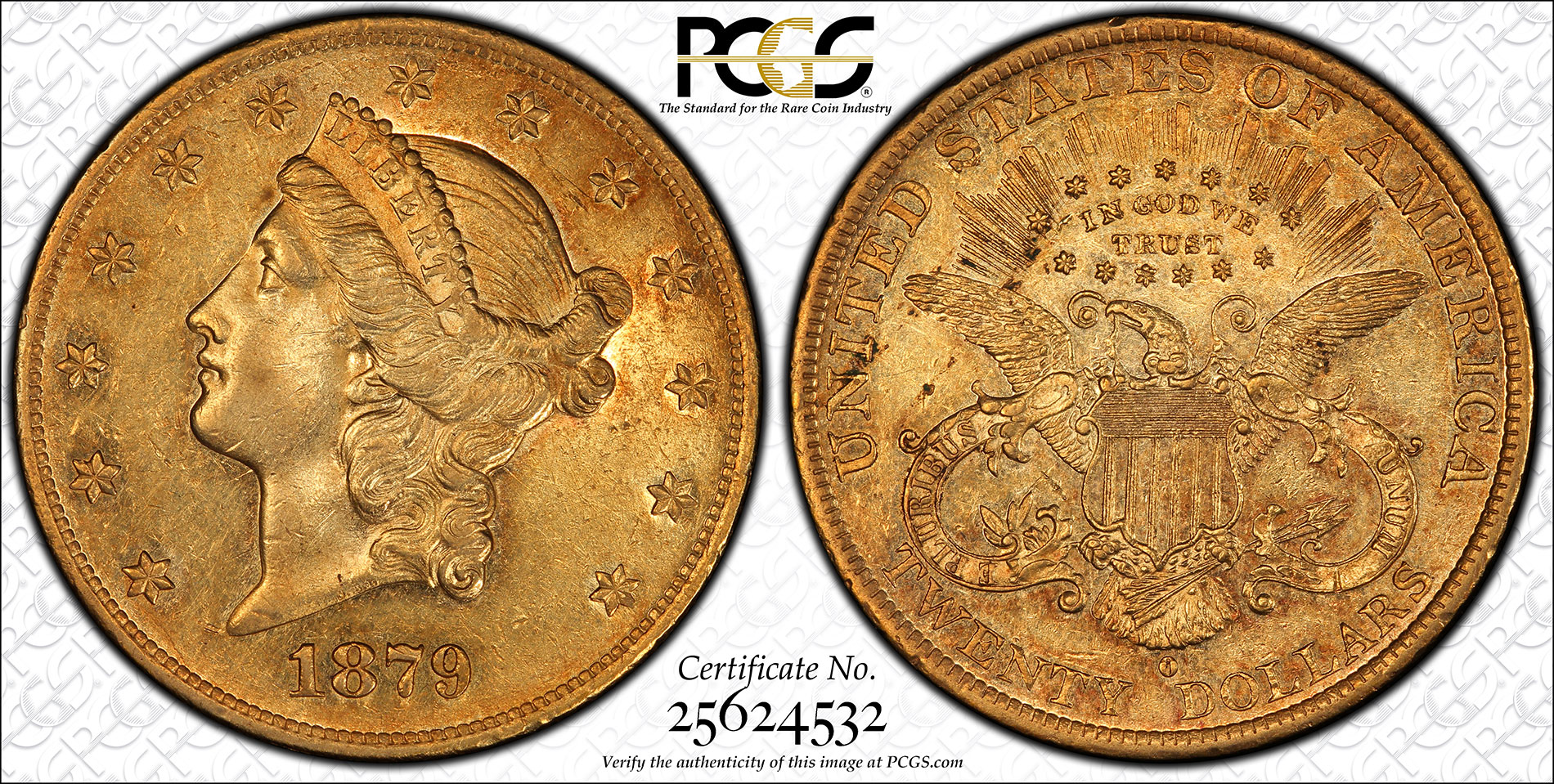 An auction that was supposed to take place at Harrah’s in New Orleans, as part of the PCGS Members Only Show, was forced to become a webcast event held at Legend’s central New Jersey offices due to the ongoing coronavirus global pandemic of 2020. Despite this change, results for quality coins, especially those graded by PCGS and accompanied by a CAC sticker, remained strong, showing continued resilience in the coin market. From the start of the sale, which began with the Blue Hill Collection of New Orleans silver dollars and Double Eagles, activity was strong.

Even before the sale opened for live bidding on the evening of Thursday, May 14, there was a record number of registrants for a sale of this size, (it was a smaller sale featuring just over 300 lots). Those that registered were intent on winning the coins they desired. The New Orleans silver dollars had such strength that it seems the dollar market might be recovering from the downturn in prices over the last six months, but only time will tell.

From the first lot, bidding was quite active. Though the 1854-O and 1856-O did not make their reserves, the other coins saw active bidding — including the 1879-O in particular — bringing a very strong bid from a very happy collector (it realized $82,250). Walking Liberty half dollars have again proven to be one of the strongest series right now, with high-grade examples and esoteric varieties seeing a large number of bidders vying to add coins to their sets. The top price realized for the sale, a wonderful 1909-O half eagle, PCGS MS-63 with CAC sticker realized a very strong $114,563. Note: All prices reported include the 17.5% buyer’s premium.

“Interest in this sale started strong and remained that way throughout the close of the sale, as registrations and activity were high throughout the entire presale bidding and live bidding process,” said Matthew Bell, CEO of Legend Auctions. “We actually noticed a marked increase in people planning to follow the sale live, as we fielded seemingly non-stop phone calls throughout this past week from customers eagerly anticipating the live auction Thursday night.”

“The sale started off extremely strong,” echoed Laura Sperber, founder of LRCA. “The Blue Hill silver dollars were already realizing strong prices after pre-bidding, and many saw those prices increase further during the live auction. We could not be happier with those results, and hope that they foreshadow renewed strength in the dollar market overall. Congratulations to the Blue Hill collector and all the new owners on an amazing night!”

Other highlights of the Blue Hill Collection include:

The other anchor collection offered in Regency Auction 38 was the Ogden Avenue Ladies Collection of Proof Liberty Nickels, which ranked #3 on the PCGS Set Registry. The high-grade and carefully selected pieces saw very active bidding. The third major collection of Proof Liberty nickels LRCA has sold in the last 12 months, the market warmly welcomed the coins, and they brought generally healthy prices across the board.

Highlights of the Ogden Avenue Ladies Collection Include:

Legend Rare Coin Auctions’ next auction is being held on Thursday, July 16, 2020, in a sale slated to be held in Las Vegas as the official auction of the PCGS Members Only Show. Featuring the BigMo Civil War Collection, the Incline Collection of Jefferson Nickels, and the Roadrunner Collection of Toned Dollars, Part 1, Regency Auction 39 is open for consignments until June 1. For more information about consigning, call 732-935-1168 or email .