Just what do you do with jars and bags of un-used coins when you don’t want to carry them to your bank or in your pockets to use in transactions? Well, many of us have such a jar and when it overflows, that hard earned currency just sits there doing nothing and perhaps – even losing some of its value if you’re in an inflation-ridden economy! 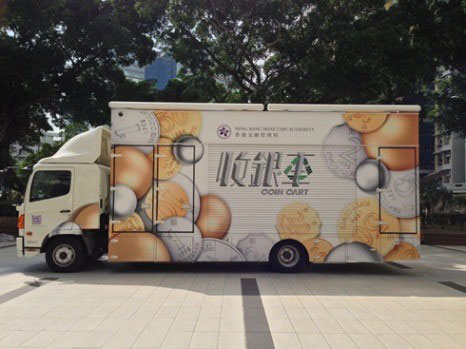 The Hong Kong Monetary Authority – the central authority for currency issue in the territory have taken matters into their own hands and launched mobile coin collection vans to tackle this issue. From the 6th October, the “Coin Carts” will situate themselves in various city centers and invite the public to bring their jars and bags of un-used coins to their mobile facility to redeem those coins for either banknotes, credit on their transit cards or to donate to the “Community Chest” national charity service. 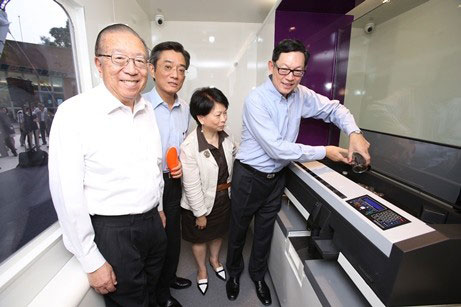 Chief Executive of the HKMA Mr Norman Chan was on hand to launch the service and commented that the coin collection program would provide a channel for the public to get value for their coins in addition to the existing banking system already in place. Mr. Chan also cited another important reason for the additional service stressing that the coins collected will be re-circulated to meet public demand and thus making circulation more efficient while at the same time reducing the need for minting new coins.

The exterior design of the vans themselves was the result of a “Mobile Coin Collection Kiosk Design Competition” in which secondary school students competed. At the launch ceremony, winners of the design competition received prizes from Mr Chan and other officiating guests. The two “Coin Carts” in the fleet will collect coins from members of public in various districts on a rotation basis.  The free-to-use program is scheduled to last for two years until September 2016 and the Hong Kong public are advised to check their schedule on the KHKMA website to determine when the carts will visit their area. The HKMA will update the schedule from time to time to give advance notice to the public. 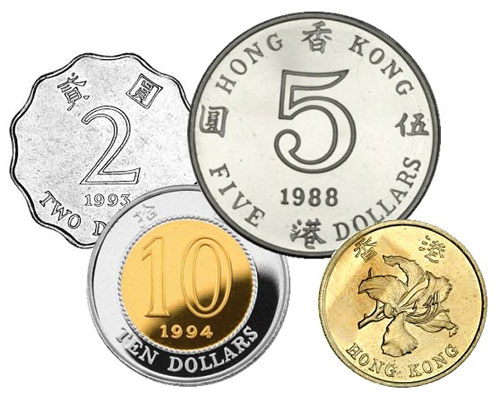 The Hong Kong Dollar has been in circulation in the former British crown colony since 1863 and continued as the legal tender after its handover by the UK to China in 1997. The HK$ is currently the eighth most traded currency in the world. Currently, three commercial regional Banks issue Hong Kong denominated dollar banknotes, the coins and one generic $10 are issued by the HKMA. Coins in denominations of HK$10, $5, $2, $1, 50, 20 and 10 cents are in circulation.

For more information on this project, please visit the website of the HKMA at: coincollection.hkma.gov.hk

To any of our HK readers, if you encounter one of the “Coin carts” please let know about your experience!