The Bank of Latvia has announced (7th July) they will issue new silver Proof collector coins of a specific shape dedicated to the creative heritage of Niklāvs Strunke (1894–1966). Strunke was a Latvian painter, graphic artist, and stage designer. Niklāvs Strunke is regarded as one of the most original Latvian Modernists who strongly proved his worth as an artist at a time that coincided with the declaration of Latvia’s independence one hundred years ago. One of his most distinguished works, Man Entering a Room (1927), has been included in the Latvian Cultural Canon and is featured as part of the new coin’s design.

Born in Gostynin, Poland, he and his brother since 1903 spent their childhood on the farm known as “Palmēni,” in the care of their father’s sister. After finishing his schooling at the Progymnasium, Strunke continued his studies at the School of the Imperial Society for the Encouragement of the Arts in St. Petersburg and the Art Studio of Mikhail Bernstein, where he drew inspiration from Russian Modernists and evolved as a painter. During the First World War, he met Jāzeps Grosvalds (1891–1920), one of the pioneers in Latvian Modernism. 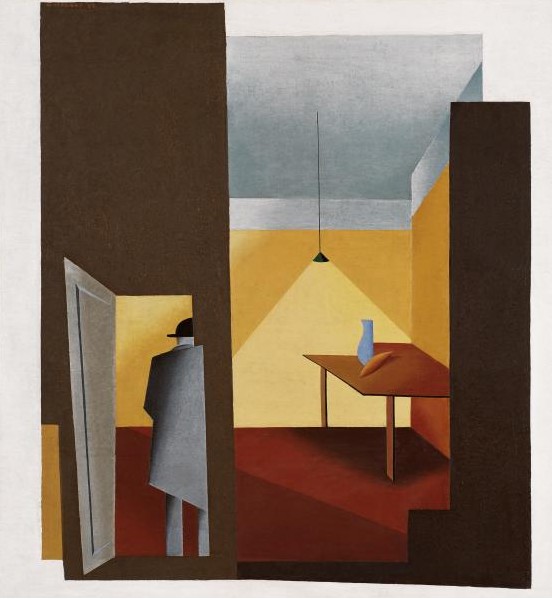 Having participated in exhibitions since 1914, Strunke had firmly established himself as one of the most original Latvian Modernists at the time. In the mid-1920s, Strunke introduced Cubism in his paintings, and also utilised the styles of Art Deco, 13th–15th-century Italian paintings, eastern miniature paintings, and Latvian ethnographic heritage.

Strunke perfected his signature style in Germany and Italy, participating at the Great Berlin Art Exhibition in 1923 and a solo exhibition in Rome in 1924. During his stay in these European metropolises, Strunke became involved in the local art life and established contacts with avant-garde artists. In the late 1920s, the artist’s signature style changed as he surprisingly turned to conservatism. As recognition for his artistic work, Strunke was awarded the Latvian Order of the Three Stars (Fourth Class) in 1933. After World War II, Strunke sought refuge in Sweden where his later works were dedicated to the theme of exile, which were created both in Stockholm and Italy. 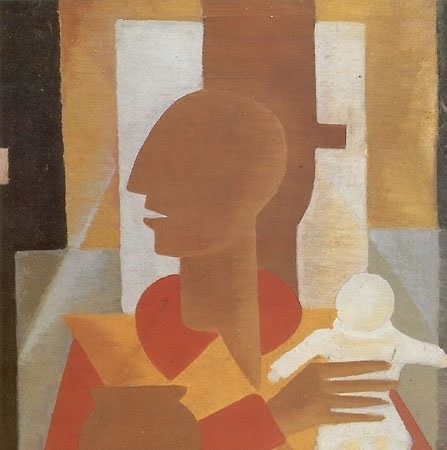 Strunke died on the 13th October 1966 in Rome, Italy, and is buried in Lazio. He was survived by his wife Olga, whom he married in 1921, and his son Laris, who also became a painter of renowned talent, younger son Alis, and his daughter Zanza.

The Mint of Lithuania produces the coins at their facilities in Vilnius on behalf of the Bank of Latvia. The distinctive shape of the coin is that of a partial circle of 32 millimetres with a side border  99° angle with the circle’s tangent, which is vertically placed. The obverse includes a representation of a fragment of the painting, Self-Portrait with a Doll (1921), by Niklāvs Strunke, and is featured in the centre with two distinct levels of different intensity. The inscription NIKLĀVS STRUNKE is placed in the lower-left part of the coin, with the year 2019 and the inscription LATVIJA placed to the right.

The painting Man Entering a Room (1927) is depicted on the reverse with three levels of different intensity, with the inscription 5 EURO at the bottom-right. The graphic design of the new Niklāvs Strunke collector coins is the work of Paulis Liepa, who designed two previous collector coins for the Bank of Latvia.