The Royal Dutch Mint have unveiled their last silver Ducat for 2014 in their popular Provincial series and as a first, the province of Flevoland is included in this particular set. 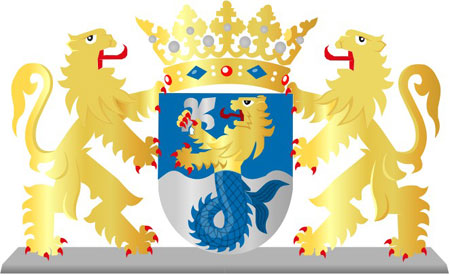 Flevoland is the country’s newest province. Located in the center of the country, at the location of the former Zuiderzee, the province was established on the 1st January 1986 and is now the twelfth province of the country, with Lelystad as its capital. The province has approximately 394,758 inhabitants and consists of 6 municipalities. Flevoland’s history began with the words spoken by Dutch Queen Wilhelmina during her speech of September 1913 “I consider it time to initiate the enclosure and reclamation of the Zuiderzee. This will result in an improvement to the water management infrastructure of the surrounding provinces, expansion of the habitable land area and a permanent increase in employment.” The reclamation sped into a furiously high pace after a particularly serious flood in 1916. It was decided that the Zuiderzee, an inland sea within the Netherlands, would be enclosed and reclaimed and the Zuiderzee Works commenced which eventually closed off the sea completely. The Zuiderzee was subsequently called IJsselmeer – meaning a lake at the end of the river IJssel.

The coin beautifully depicts all of the elements seen on this well designed series of provincial ducats. A knight is seen standing on an outline of the province of Flevoland. His right hand holds a jousting stick and his left hand rests on the crowned shield of Flevoland with its distinctive half Griffon half sea creature on a plain field. The reverse of the coin includes the current Dutch crowned crest along with the year of issue seen as two digits on either side of the shield. The text around the crest design reads “CONDORDIA RES PARAVE CRESCUNT” (In Harmony Small Things Grow)

The Dutch silver ducat continues to have the status of a legal tender coin and has been in continuous production since the years of the Dutch Republic (1581 – 1795). The new examples continue to be struck in the standard .873 silver fineness commonly used for this type of trade coin. The overall style of design of this popular series changes after all the Provinces are represented. The year 2015 will see a new design introduced.

The Royal Dutch Mint are now accepting reservations for dispatch commencing in early October. For more information on this and other coins offered by the Royal Dutch Mint, please visit their website at: http://www.knm.nl/Dukaten/nl/page/368/ Information offered in Dutch, orders for European destinations dispatched.