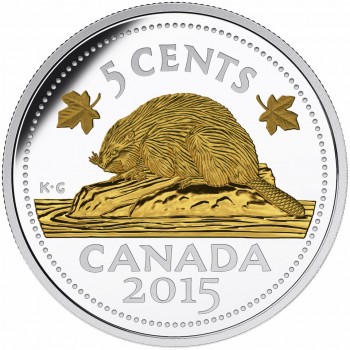 The Royal Canadian Mint has launched the sixth and final coin in the series, “Legacy of the Canadian Nickel,” with the issuance of the “beaver” reverse design. The series has explored the various reverse designs in use throughout the coin’s history, from its precursor five cent silver pieces to the war-time designs, the Canadian centennial design, and of course the all-familiar beaver motif originally issued in 1937 and in almost constant use ever since. The design is the work of prominent Royal Mint artist George Kruger-Grey (1880 – 1943), whose work has graced the coins of many British colonial and commonwealth countries over the years, including Australia, Cyprus, Jersey, Mauritius, New Guinea, New Zealand and South Africa. 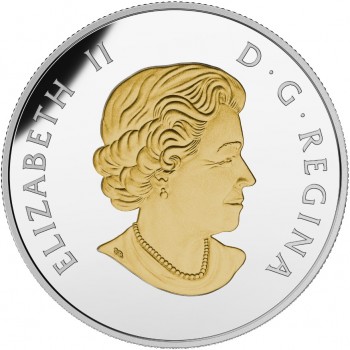 The death of King George V in 1936 prompted the Royal Canadian Mint to launch new designs for their circulation coinage, moving away from the uniform standard of a numeric value encircled by a wreath of maple leaves toward more artistic designs reflecting Canadian wildlife and the country’s culture. Kruger-Grey’s design of a beaver was chosen for the five cent coin. Here the aquatic mammal is shown perched on a mound of logs surrounded by water, a reference to the prolific dam-building that earned it the nickname, “busy beaver.” Two maple leaves are on either side of the text “CANADA,” and the year of issue is seen below the primary design, along with the coin’s denomination. The obverse includes Canada’s current effigy of HM Queen Elizabeth II, designed by Susanna Blunt and in use since 2003.

The coin is the last in the series, available by subscription to both Canadian and American collectors. The series, issued to take a retrospective look at the history of five cent coins minted by the Royal Canadian Mint since 1908, also includes silver versions with a crossed maple bough design used until 1921. For more information on this and other coins issued by the Royal Canadian Mint, please visit their website. Information offered in English & French, international orders dispatched where applicable.