Krause Publications in association with FW Media, sponsors of the Coin of the Year awards or COTY, have just announced the much anticipated nominations for the 2015 COTY awards which will be presented as part of the World Money Fair held in Berlin Germany.

Among just some of the coins nominated – many of them covered here in CoinUpdate.com – include Fiji’s “Malachite Room” Hermitage collection coin in the category of Most Artistic coin along with Finland’s “Multicultural” 20 Euro silver coin.

Nominated in the Best Bi-metallic category this year is Japan for instance, for its “Hiroshima” prefecture series as well as Luxembourg’s “Beaufort Castle” coin in its on-going series.

In the Best circulation coin category, Denmark’s “Ole Romer” scientist 20 kroner coin was among those coins nominated along with the likes of Greece’s 2 Euro coin in tribute to “Plato”. Nominees also favored the United States quarter dollar coin “Mount Rushmore National Memorial” which is part of the ongoing national parks series.

Andorra – who will be adopting and issuing the Euro in due course also made the nominations in the Best Crown category for its “Aguila Daurada Eagle” along with other coins such as the British Antarctic Territory’s Emperor Penguin “Three Penguin Chicks” coin. Ireland’s “James Joyce” silver crown also made the list – this nomination is Ireland’s first in this category.

In the Best Gold Coin category, nominees chose among some of their favorite coins such as Austria’s “Klimt & His Women, The Expectation” in the Art series. Italy’s “Botticelli’s Personification of Spring” made the list as well as Slovakia’s “Maximilian, 450th Anniversary of Coronation in Bratislava” in their historical rulers series.

The Most historically significant coin category coin, which is for many voters, one of their favorite categories, among some of the coins nominated were Canada for their “HMS Shannon & USS Chesapeake ~ Battle of Boston Harbor, War of 1812 commemorative. Denmark was nominated a second time for their “Scientist” series with the Neils Bohr 500 Kroner coin making the list. Poland’s “History of Polish Coins, Denarius of Boleslaw I” coin was also included. 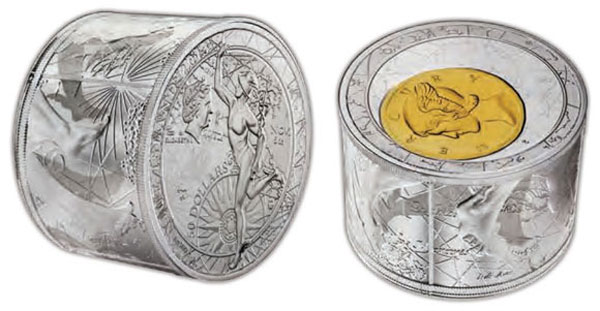 The Most innovative coin category has the least amount of nominees but even so, the numismatic innovation continues to out-do the year before with new and bold ideas which many Mints are making their names in these days of setting the bar ever higher in production techniques and design. Australia’s “Red One Penny Stamp Centennial Coin” made the list along with other coins which stood out on the crowd such as Niue’s “Fortuna Redux” featuring Mercury coin produced as a circular bar.

Among some of the new countries nominated in this years COTY categories – specifically in the category of Most Inspirational coin is Estonia, their first ever for the 2013 silver crown celebrating the 100th anniversary of birth of composer Raymond Valgre.   Portugal was also nominated in this category for their “International Committee of the Red Cross 150th Anniversary” coin. 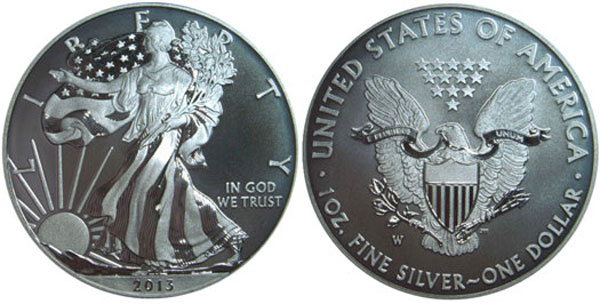 Many Mints such as the Royal Australian Mint, Austrian Mint, the Monnaie de Paris and the Royal Canadian Mint received multiple nominations and have consistently received awards in their respective categories. Out of the final winners in each of the ten categories, voters will then choose the ultimate Coin of the year award which will be honored at the presentation which is to be held on Saturday, 31st January 2015 – all of the coins nominated in the categories were all dated “2013”. This year’s Guest of Honor at the WMF will be the Royal Australian Mint who will also be celebrating their 50th anniversary in 2015.

CoinUpdate.com will have all of the highlights from the presentation along with images and comments from the winning Mints.