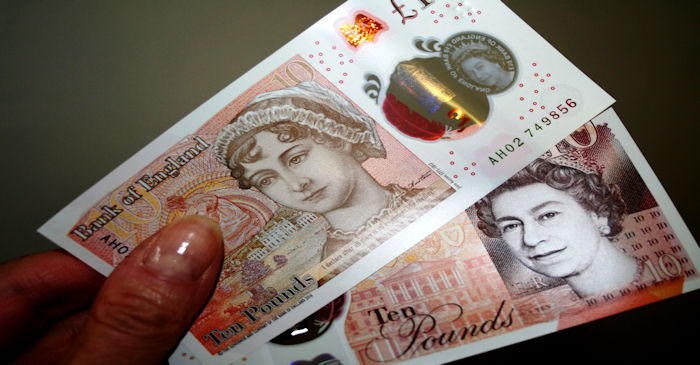 The Bank of England have officially released their latest £10 bank note with significant changes made from the previous (and current) bank note issued in 2000 with the image of Charles Darwin on the back. The new “G” series, which includes the latest £5 polymer bank note featuring the image of Sir Winston Churchill, is also printed on polymer and includes a familiar image of the well-known 19th-century author Jane Austen (1775–1817).

People were seen lining up outside the main offices of the Bank of England on Threadneedle Street in London from the early hours in the morning on September 14 to be counted among the first to obtain the new Austen notes. Many of them were in pursuit of low-serial-numbered notes or were simply fans of the author herself. Austen is remembered for such classic stories as Sense and Sensibility (1811), Pride and Prejudice (1813), Mansfield Park (1814), and Emma (1815). Miss Austen also had additional works published posthumously. This is only the fifth design change for this denomination since it was introduced back in 1795. The Queen’s portrait has only been included on the front side since 1964, which is continued with this latest design.

The Portrait of Jane Austen, which is the basis from which the Bank of England depiction is derived from, was commissioned by Austen’s nephew James Edward Austen Leigh in 1870. James also wrote the first biography of Jane Austen, also published in 1870 and entitled A Memoir. Her family approved the creation of an engraving by William Home Lizars as the illustration facing the title page of a book. It was based on an original sketch of Jane Austen drawn by her sister, Cassandra Austen, which now hangs in the National Portrait Gallery collection in London.

Also included on the back design is a quote—“I declare after all there is no enjoyment like reading!”—which is taken from her work Pride and Prejudice and is attributed to the character of Miss Bingley in chapter 11. In the centre to the left of the portrait of Austen is an illustration of Miss Elizabeth Bennet undertaking “The examination of all the letters which Jane had written to her,” which is from an original drawing by Isabel Bishop (1902–1988), illustrator of E. P. Dutton & Company’s 1976 edition of the book.

The face side of the note continues to use the same portrait of HM Queen Elizabeth II which was first introduced on Bank of England notes with the issue of a new £5 note in 1990. The colour of the note has been enhanced to a darker brown with corresponding shades of orange.

The security features are in keeping with polymer, and include a see-through window featuring the Queen’s portrait. Winchester Cathedral, the final resting place of Austen, is shown in gold foil on the face of the note and silver on the back. A quill at the side of the window and across from the Queen’s portrait changes from purple to orange. Another hologram integrated into the overall design contains the word Ten, which changes to Pounds when the note is tilted. A third hologram of the Queen’s crown used during her coronation appears in 3-D and multiple colours when the note is tilted. A book-shaped copper-foil patch which contains the letters JA is placed to the lower portion of the series of hologram designs.


The new bank note is also the first issued by the Bank of England to include a tactile application of raised dots that are placed in the upper left corner to assist visually impaired persons to identify the note. The £20 will also have this application, but the £5 polymer note will remain without this added tactile feature.

The current Series “E” £10 Charles Darwin bank note will gradually be taken out of circulation with the increased issue and use of the new Austen £10 note. A date for the end of their legal tender status is expected to be announced at the end of 2017; by that time, the Darwin notes will no longer be used for transactions but can always be redeemed at the Bank of England for current legal tender. The process of transitioning Bank of England bank notes was undertaken after a public consultancy was initiated in 2013 and the announcement was made in 2014 that the next £5 denomination would be produced in polymer. The move to polymer is expected to reduce the cost of replacing old and worn banknotes substantially since polymer notes can last up to 2.5 times longer than their paper counterparts. 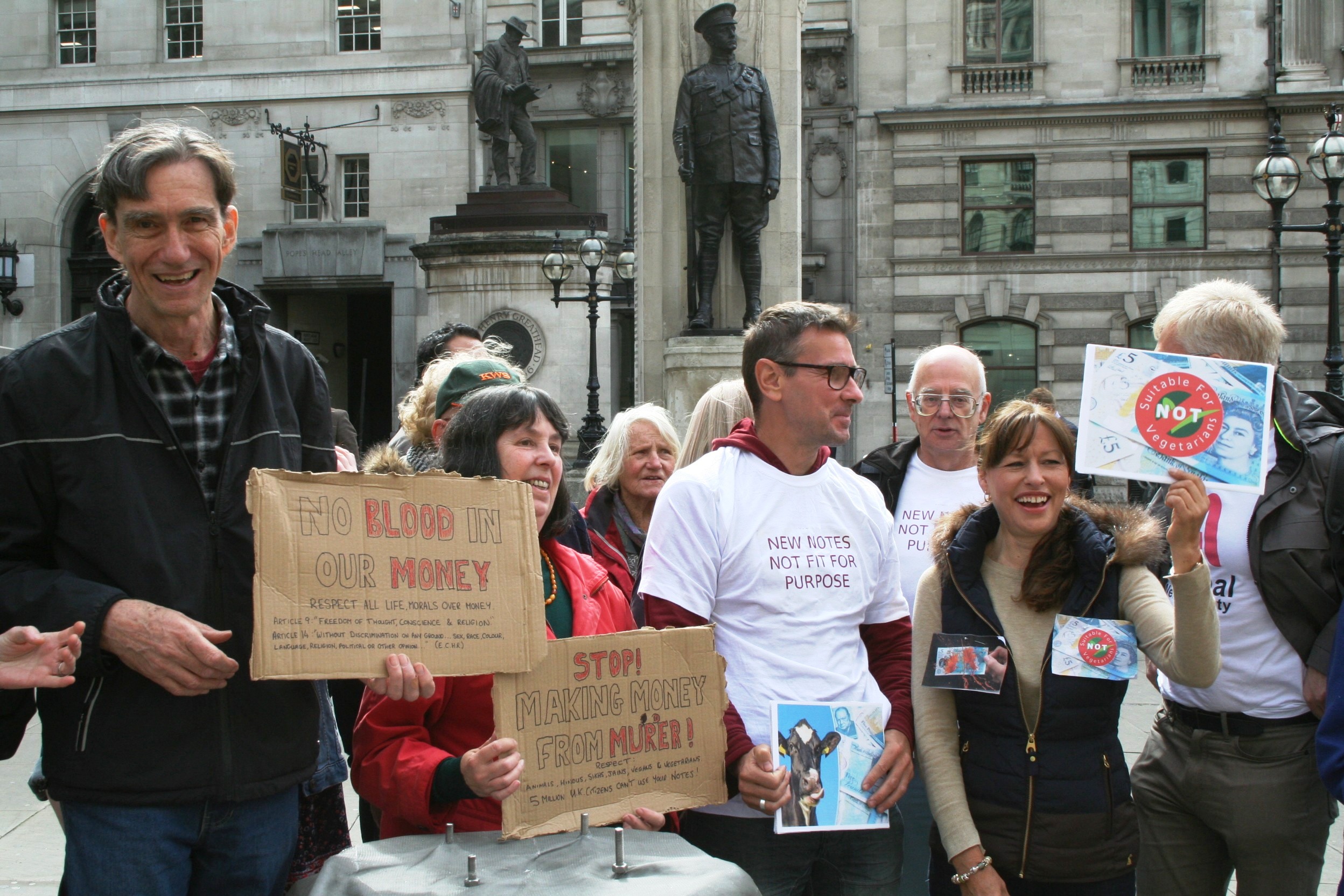 A question arose in 2016 with the release of the £5 Churchill polymer note since it contains traces of tallow—an animal by-product which contributes to the flexibility and wear of the polymer substrate. On the 10th August, the bank announced that after careful and serious consideration and extensive public consultation there would be no change in the composition of polymer used for future bank notes. The new polymer £20 note and future print runs of £5 and £10 notes will continue to be made from polymer manufactured using trace amounts of chemicals, typically less than 0.05%, ultimately derived from animal products. Animal-rights groups, including vegans, protested the use of the product in the new polymer notes and were out in force in front of the Bank of England offices for the release of the new £10 note.

For more information on this and other bank notes issued from the Bank of England, please visit the bank-notes section on their website.

The Tyvek banknotes of Haiti