The Whitman Baltimore Coin and Collectibles Expo (www.expo.whitman.com) was held June 22 to 25, 2017, at the Baltimore Convention Center. For many years Whitman has held spring, summer, and fall coin shows at this convention center. Though the summer Whitman show is considered to have the lowest attendance and fewest dealers of the three, we thought attendance was very good. We want to thank Michelle Hudson, who is the Whitman Expo Sales and Event Coordinator, along with the Whitman Expo staff, for the free American Numismatic Association (www.money.org) table. We were able to sign up 15 new or renewing members for the association. We also want to thank Linda of Ossie’s Rare Coins from Allentown, Pennsylvania, for donating $50 for the shipment of the coin-show kit. 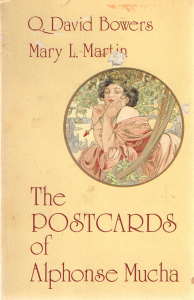 The convention had more than 600 dealers at 300 tables, and included many grading services and coin-club tables. Several coin clubs had educational meetings. The show registered 100 early birds. Attendance was steady throughout the convention. The show program was well done, and the PPI security for the show was outstanding. Many of the Young Numismatists who attended took advantage of the Kids’ Korner, which operated daily except Sunday. The show featured a book signing by Q. David Bowers and Mary Martin on The Postcards of Alphonse Mucha, which was recently released. We bought one for our collection. The official auction was held by Stack’s Bowers Galleries (www.stacksbowers.com). They held three sessions during the show, and Monday and Tuesday Internet-only sales.

All the activities for the show, including the auction, were held at the Baltimore Convention Center. Within blocks of the convention center are several excellent hotels and restaurants. The nearby Harbor Place has many things to do for family members who attend. Baltimore, Maryland, is our favorite city to have a coin show. The next Whitman Expo will be held November 9 through 12, 2017.