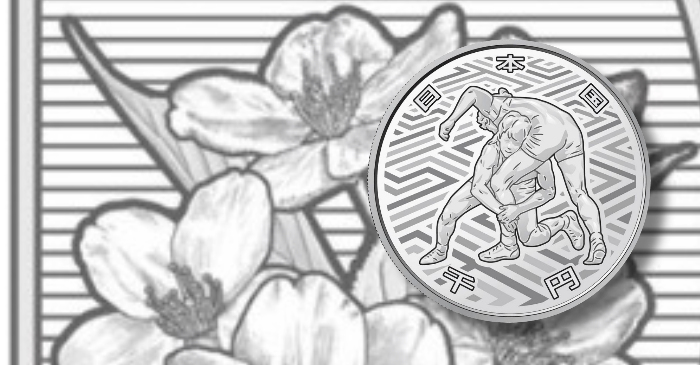 The Finance Ministry of Japan has unveiled (29th November) the fourth and final series of Olympic coinage which is scheduled for release later in 2020. The precious metal coins in the 4th series comprise one gold design and two silver designs which continue to highlight the various sports which will feature during the games of the XXXII Olympiad — commonly known as “Tokyo 2020.”

The Ministry of Finance will issue, in total, 37 coins of precious metal and base metal options by 2020, which will be arranged across a similar issue programme. The city of Tokyo was awarded the Summer Olympic Games of 2020 during the 125th conference of the International Olympic Committee, which took place in Buenos Aires on the 7th September 2013. The XXXII Olympiad will be the second time that the city of Tokyo hosts the Summer Games, the first time having been in 1964 for the XVIII Olympiad.

The coins are produced by the Mint of Japan, on behalf of the Ministry of Finance, with three coins included in the fourth series. One gold coin and two silver coins, the gold coin being dedicated to the Paralympics, which will follow the Olympic Games with the opening ceremony set to be held on the 25th August 2020. 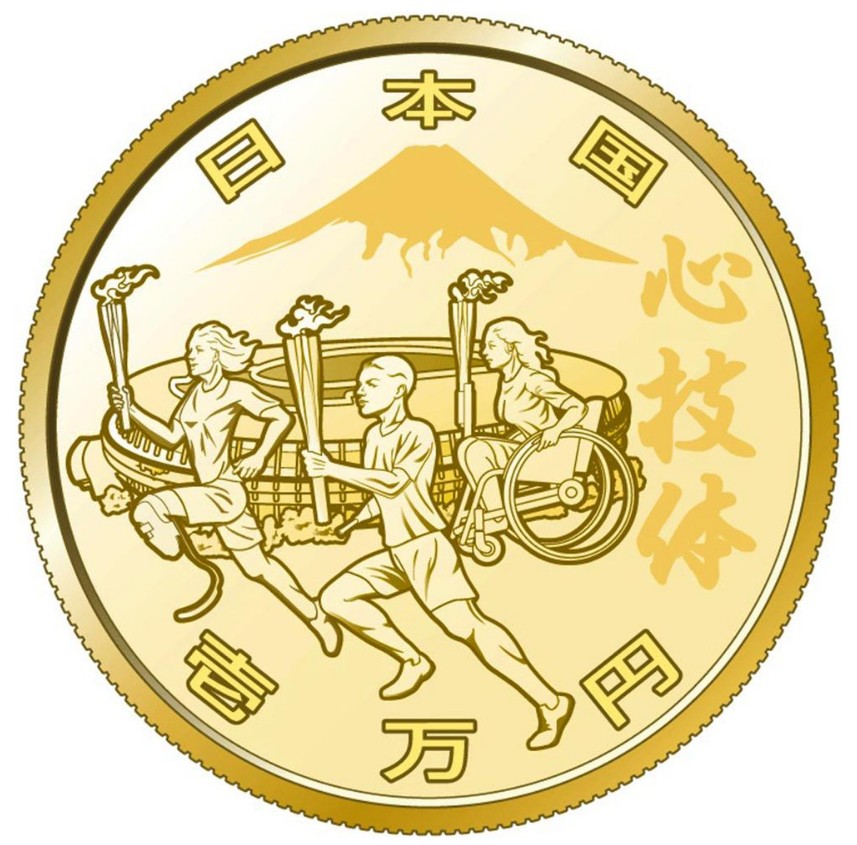 10,000-Yen Gold: The obverse side of the gold coins depicts elements of the spirit of the Olympic Games with images of the familiar Torch Runner, an image of the Tokyo National Stadium, and a participant who will compete in the Paralympics to be hosted shortly after the closing ceremonies of the XXXII Olympiad. The primary design is arranged with kanji characters 心 技 体 (Shin-gi-tai), meaning “spirit, technique, and physical strength,” placed to the right. This is an expression familiar to Japanese people which symbolises the philosophy of sport. 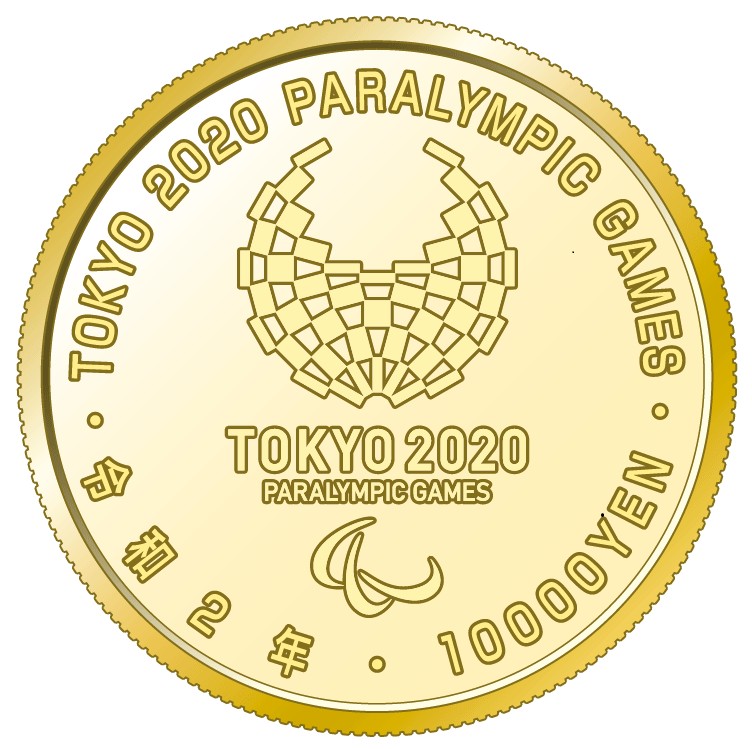 The reverse side includes the official emblem of the Paralympic Games Tokyo 2020 centred along with the inscription in English. The regnal year 2 of the newly enthroned Emperor Naruhito is also included, and the denomination of 10000YEN is seen below the logo. 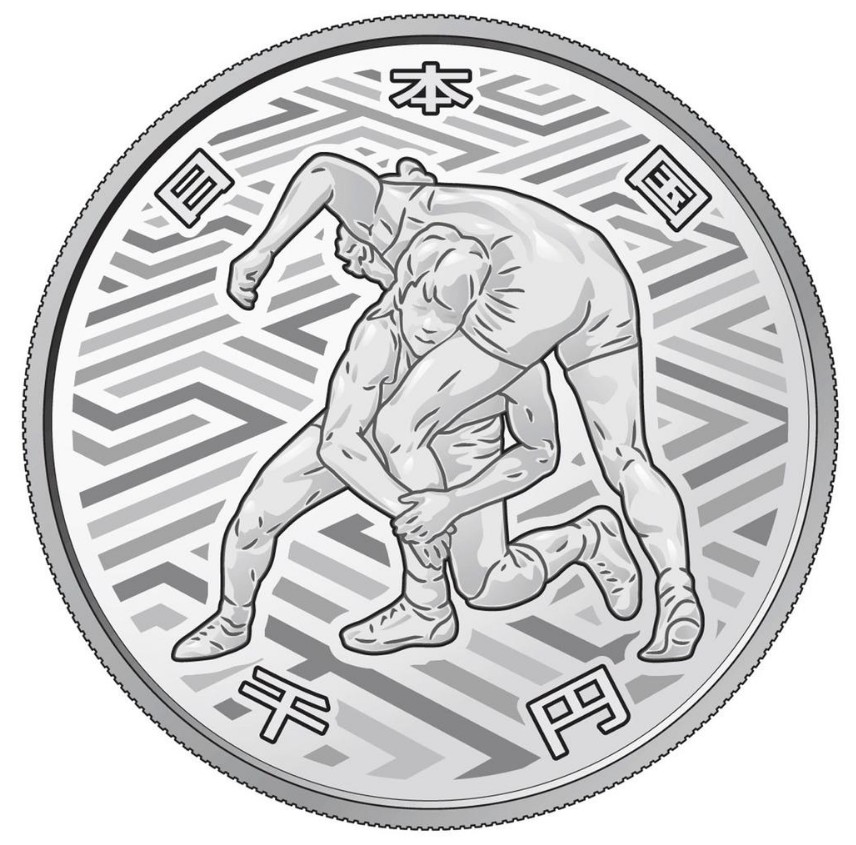 1,000-Yen Silver: Wrestling. The design depicts two competitors engaging in the traditional sport of wrestling. A linear pattern is included in the background with Japanese characters denoting the name of the country and denomination of the coin. 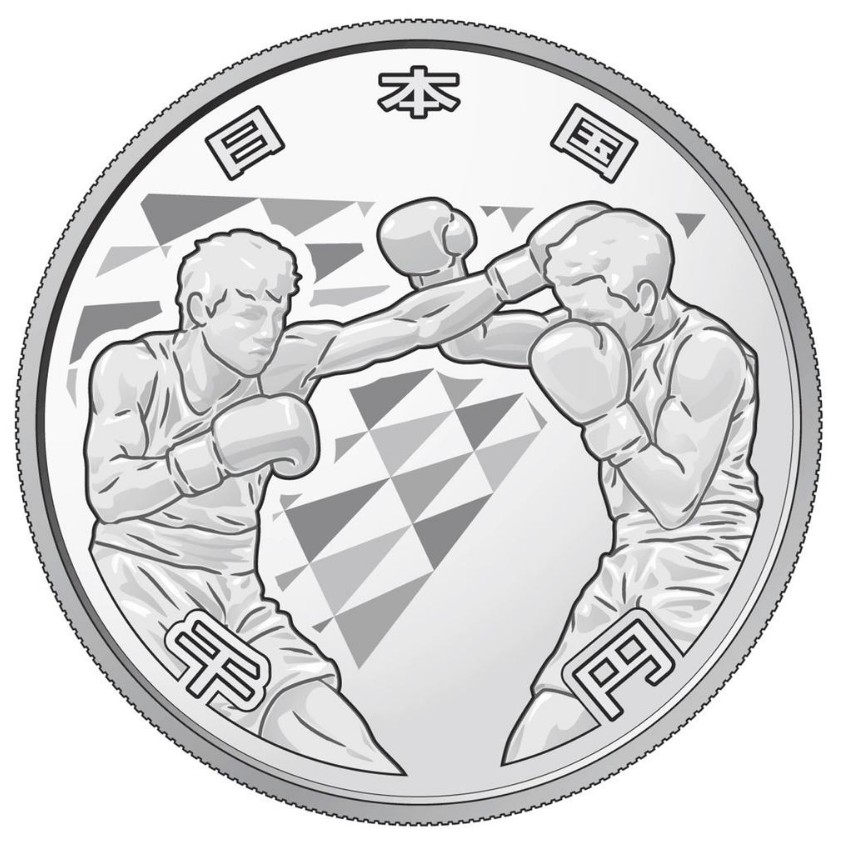 1,000-Yen Silver: Boxing. The coin depicts two boxers clad in their boxing gloves in the ring competing. A geometric angular pattern is included in the background with Japanese characters denoting the name of the country and denomination of the coin. 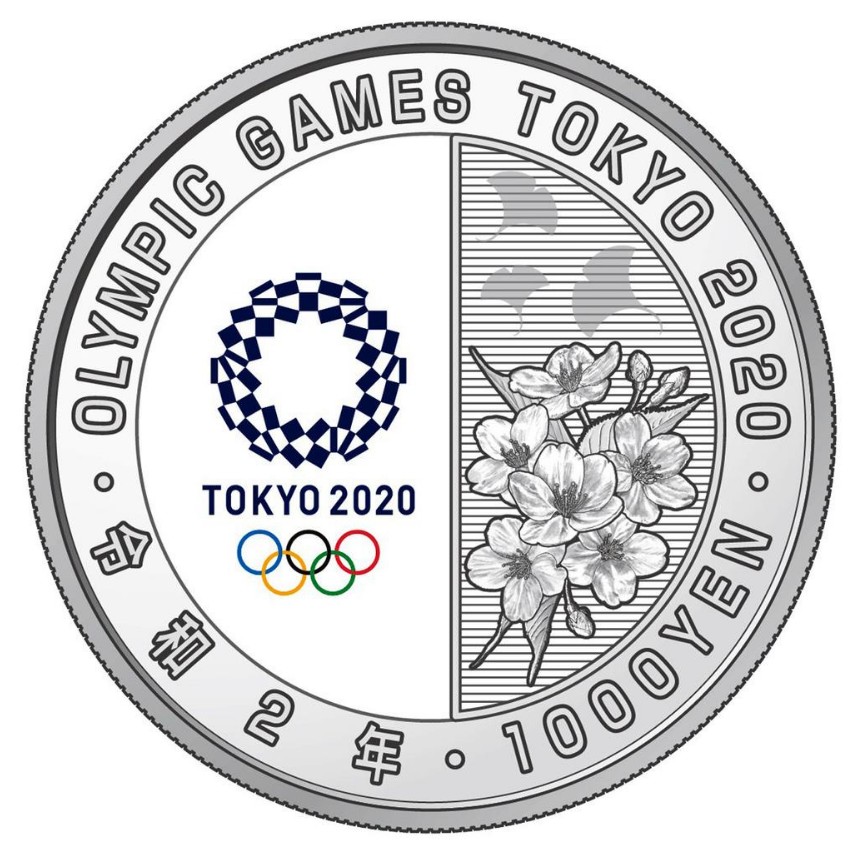 The reverse design of both 100-yen coins features a colour application of the official emblem of the Olympic Games Tokyo 2020, along with cherry blossoms and ginkgo leaves, which are designated as the prefectural flower and the prefectural tree of Tokyo, respectively. The coin’s design is arranged in a half side concept with the logo seen on the left and the cherry blossoms on the right. The text OLYMPIC GAMES TOKYO 2020 is included in English. The regnal year 2 of the newly enthroned Emperor Naruhito is also included, and the denomination of 1000YEN is seen below the logo.

The Mint of Japan has advised that orders of the fourth and final series of Olympic coins will commence in February 2020. An additional range of cupro-nickel coins with denominations of 100 yen are also part of the Olympic commemorative series as well as bi-metallic 500-yen circulation coins. There are limited options to order the commemorative / collector’s coins directly from the Mint of Japan and those interested are advised to consult various official distributors for sales information. For additional information about these coins and others issued by the Japanese Ministry of Finance, please visit the website of the Mint of Japan.