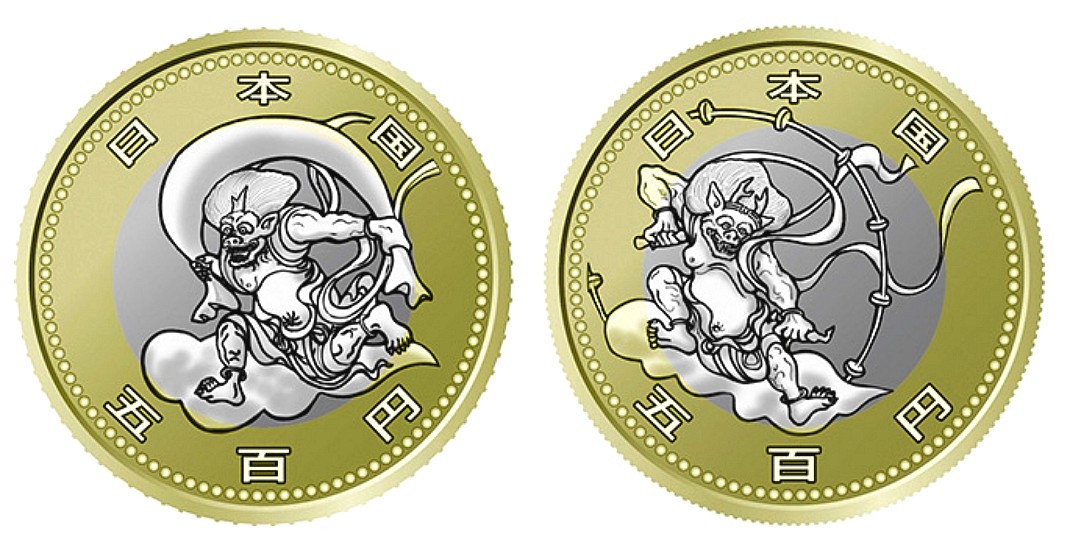 The Japanese Finance Ministry has unveiled (29th July) the first two commemorative coin designs which will be issued in 2020 to celebrate the XXXII Olympiad that will be hosted by the City of Tokyo. The next Olympic Games will be held in the capital city of Tokyo from the 24th July to the 9th August and will be the second time Japan has hosted the Summer Games.

As part of Japan’s national celebration, the Finance Ministry released designs for two separate issues of the 500-yen denomination (U.S. $4.60) coins, which are in support of both the Olympic and Paralympic Games. The coins will be placed into general circulation next summer. The designs of the commemorative coins are themed around the time-honoured “Fujin Raijin zu Byobu” designs shown on traditional silk room screens (byobu) depicting the wind god and thunder god, who were mythical characters chosen in a public vote. It is the first time in which the Finance Ministry consulted the general public concerning the design of coins, the aim being to heighten national interest in the international sporting spectacle. 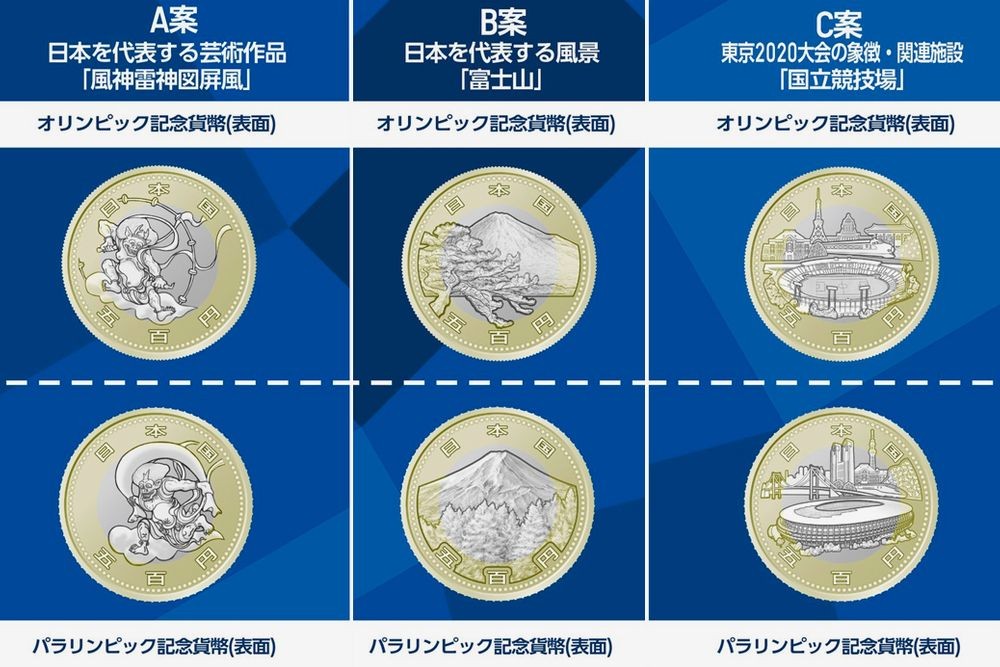 Of the 66,318 votes cast, 28,741 ballots chose the theme of Fujin Raijin zu Byobu and accounted for 43 percent of the vote. The second choice was for the new National Stadium, and the third choice was a depiction of Mount Fuji, which was the design on silver commemorative 1000-yen coins issued originally in 1964 — the last time a Summer Olympiad was hosted in Japan. Votes were posted through social media forums like Twitter and post-card ballots that were addressed to the Mint of Japan, which also accepted ballots in person at five venues in Tokyo, Osaka, Saitama, and Hiroshima. The vote closed in Mid-June 2019.

Raijin, the god of thunder, is depicted on the Olympic Games coin, while Fujin, the god of wind, will represent the Paralympic Games on a second coin. The byobu designs, which bear the images of two gods in nature, are national masterpieces painted by the famed artist Tawaraya Sotatsu (1570–1643) in the 17th century and were copied by some artists during the Edo (or Shogun) Period from 1603 to 1867, which ended with the accession of Emperor Meiji.

The coins will include the date-era year of “2” for the country’s new emperor, Naruhito, who acceded to the Chrysanthemum Throne on the 1st May, following the abdication of his father one day earlier. The bi-metallic commemorative coins are scheduled to become available at banking institutions in Japan around July 2020. For additional information about upcoming collector and commemorative coins issued for the XXXII Olympiad, please visit the website of the Mint of Japan.