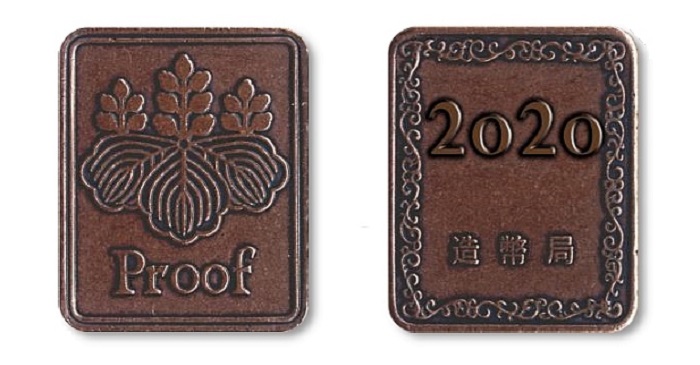 The Mint of Japan has unveiled its 2020 collection of Proof and mint sets which include presentation folders for special occasions. The 2020-dated sets include the denotation of the second year of Reiwa, named after Emperor Naruhito’s regnal era, which began in May 2019. 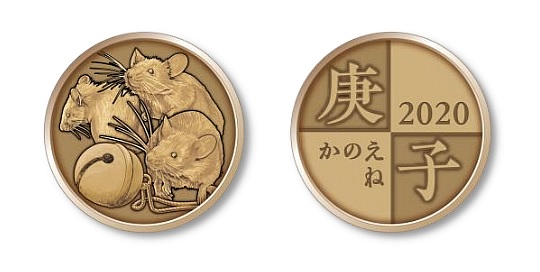 This year marks the 20th year since the current 500-yen nickel-brass coin was issued. The coin, which incorporated four types of anti-counterfeiting technology such as latent imaging, helical ridges, microdots, and micro stripes, was first minted in 2000. A new bi-metallic 500-yen coin will be minted incorporating new anti-counterfeiting measures, and this will be issued from the first half of 2021.

Each coin set includes the currently circulating denominations from one to 500-yen, and all six coins are accompanied by a special collector medal that is determined by the set’s theme. There is an option to acquire the Proof set medal in the presentation or choose a Proof set that omits its inclusion. 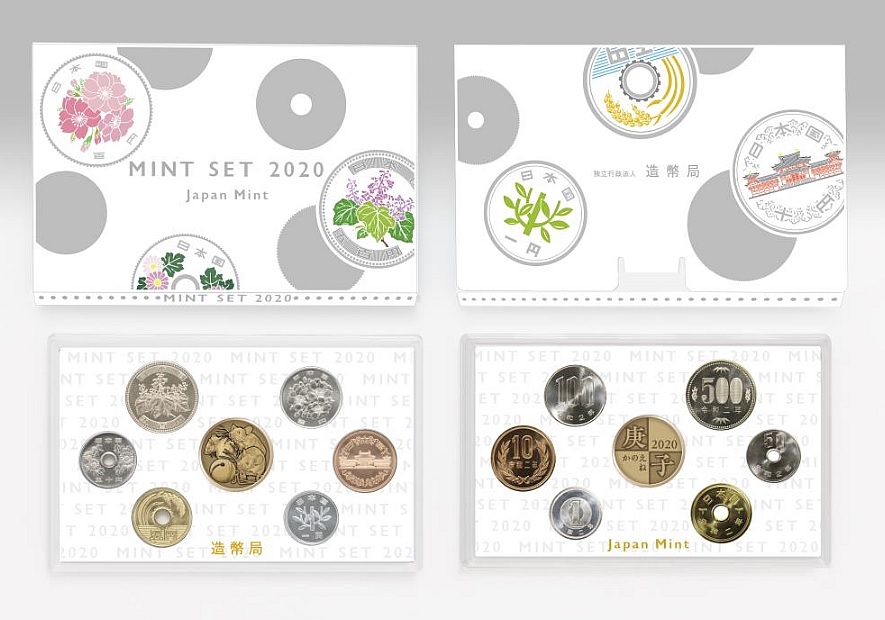 The brass medal measures 27 millimetres in diameter and weighs 7.5 grams. The obverse side depicts three rats together with a lucky bell signifying the ringing in of the Lunar New Year. The reverse side includes the year of 2020 along with the denotation of the lunar zodiac in Japanese characters. 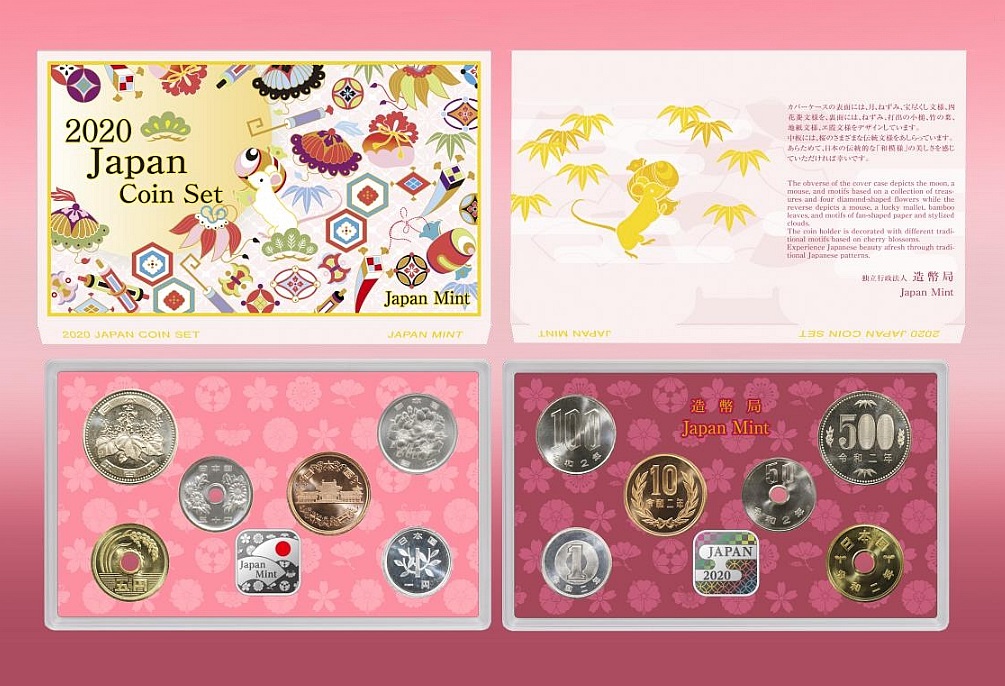 The set includes a square-shaped silver medal measuring 17.5 millimetres and weighing 4.36 grams of .999 silver. It is struck using a technique which includes treating the surface with iridescent colour, highlighting different parts of the design that changes colour when viewed from different angles. 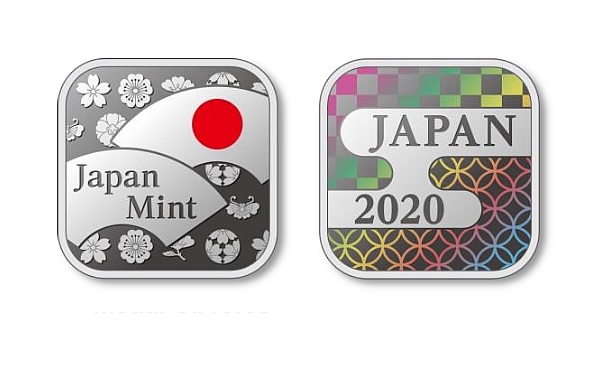 The obverse includes a depiction of the “Rising Sun” motif seen on the national flag. The reverse side features both traditional and contemporary patterns which change colour due to the technical process of minting. The set features a presentation to include a photo for the special occasion as well as writing a personal message. 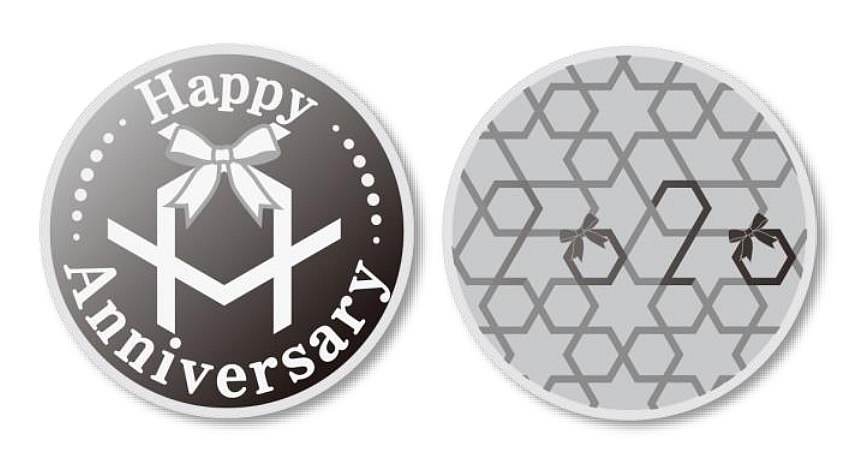 A .999 silver medal measuring 22 millimetres in diameter and weighing four grams depicts a gift box on the obverse with the reverse side recreating elements of the folder’s geometric patterns seen featured on the outer side. 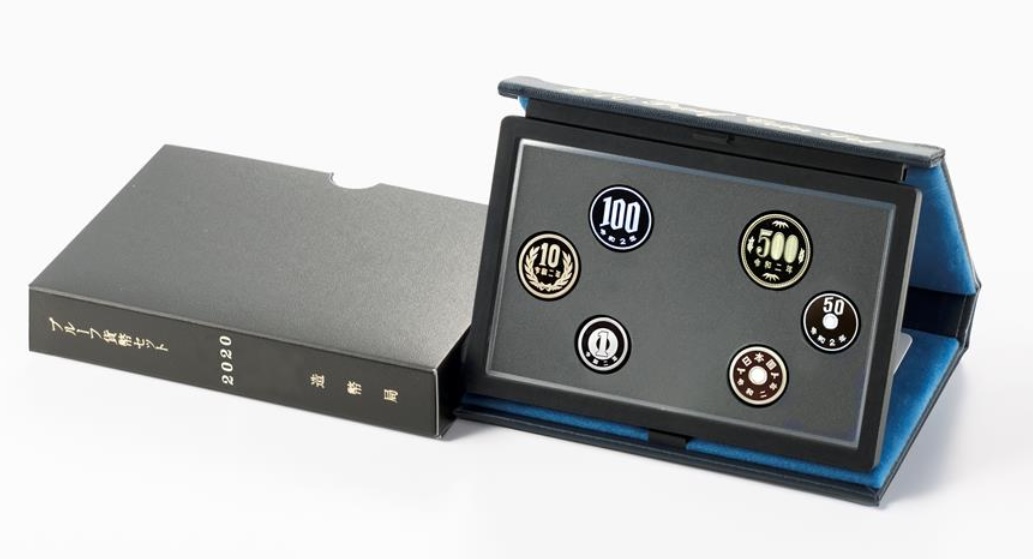 The set is housed in a plastic frame which is encased in a leather folder and heavy-gauge card slipcase. 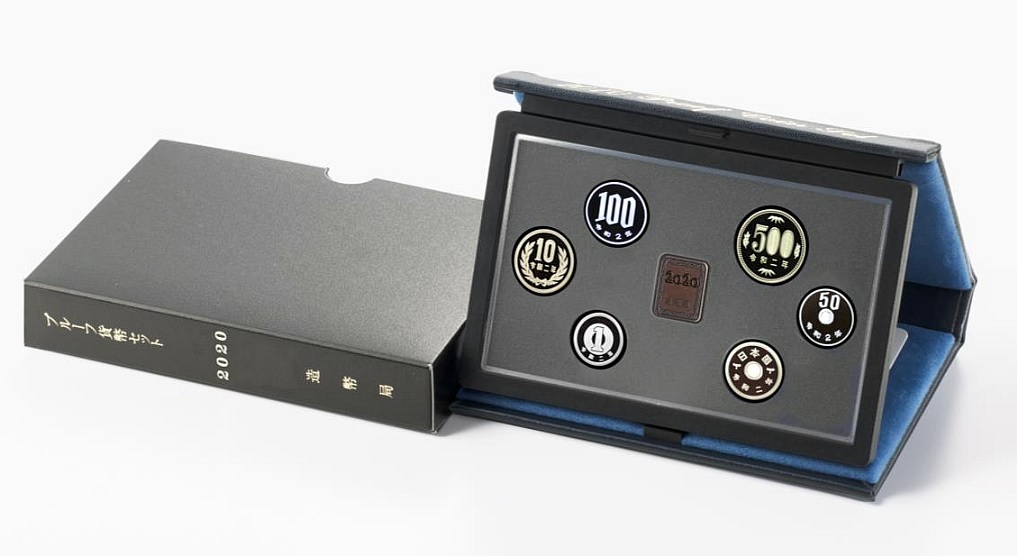 The Proof sets are available with or without the Proof bronze rectangular-shaped medal. The obverse depicts the paulownia, a native species of flower seen on the obverse, while the reverse includes the year of minting, 2020.

For additional information about purchasing, please visit the website of the Mint of Japan to find your nearest official distributor.