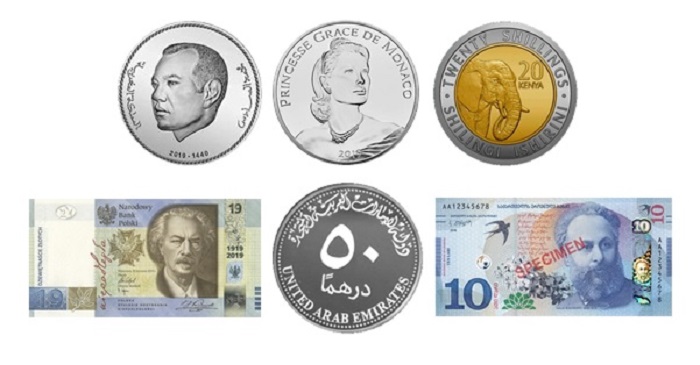 Dear readers, it’s hard to believe, but this week marks 10 years since I first joined Coin Update and World Mint News Blog. My first submission in June 2010 was an interview I conducted with U.S. Mint Director Edmund Moy when we both attended the World Money Fair that year. Since then, there have been countless articles, 1,940 to be more precise, which included additional interviews with prominent Mint Directors, marketing managers, museums, and even some of the artists who have designed some of the coins featured in my articles.

We have seen a lot of changes together which have occurred this last decade, and one change, in particular, has been the topic of a wider discussion. Those of us who participate in this industry and activity are more frequently asking whether there will still be circulation coins in another decade, I certainly hope so. Electronic payments for goods and services have been made easy and convenient, especially for online purchases and which are increasing by the day. There are some countries’ economies which are intentionally racing to become the first to abandon banknotes and coins in favour of an all-electronic method of commerce. The recent worldwide pandemic made this scenario a much closer realisation when stores opted for card payments only, and there were few objections to this request as this was an accepted method in preventing the spread of COVID-19.

Products have changed in terms of subject matter and overall theme, and the variety has increased, minting methods, and techniques have also taken a life all their own. However, these changes haven’t all been seen as a positive move from the mints. There is also the relevant point that there wasn’t enough variety or activity by some country’s mints and this was the reason there have been so many mint closures. Others point to a saturated market where there are too many options, mintages for once-popular coins are decreasing, and the secondary market, as well as the traditional coin collector, will ultimately be forgotten.

On a positive note, as changes come with the spending and collecting habits of the public, there has been a real increase of bullion-related gold and silver coins and a new genre has opened up which is becoming much more popular year on year. I believe this sector is also being paid particular attention to by the various world mints who may see this as a way to go forward — and this may turn out to be a good development. As mints ponder their future in a world where circulation coins become obsolete, the industry will need to “re-invent” themselves and keep going with a variety of commemorative/collector coins, and, of course, a thriving bullion market.

Similar conditions await banknotes though central banks and security printers continue to develop state-of-the-art deterrents to counterfeiting. Banknote issuers also raise the question of maintaining larger denominations in circulation and whether they should be recalled to prevent money-laundering by lessening the ability to move great amounts of ill-gotten gain. These challenges have been especially highlighted in the last 10 years, and I expect there will be more changes ahead as conditions on the ground suggest less physical currency in our lives.

In March, I wrote about the importance of coin-collecting during the worldwide pandemic. I offered the opinion that we needed to embrace our cherished hobby more than ever simply as a distraction to the news and to occupy spare hours during the long days in isolation. As we all begin to pick up our lives from where we left off, I hope many will continue to give some extra time to the hobby and do what they can to support numismatics. I am optimistic the hobby and activity will continue to grow as it evolves over time along with collectors both new and established.

Overall, I just want to thank all of our readers this last decade for the countless positive and encouraging replies I have received here and in my e-mail inbox. I have thoroughly enjoyed the many encounters personally with collectors, designers, and Mint directors who make our pursuit as interesting and varied as it is. It has been a real pleasure to be associated with Coin Update and World Mint News Blog, and, of course, Whitman Publishing, which has been a trusted name in the world of numismatics for more than eight decades. Thank you again for your kind support.

I look forward to another exciting decade of news and information here. As I often say:

Pandemic and shutdowns result in circulating coinage shortage with effects on the economy, coin collecting, and the future of money