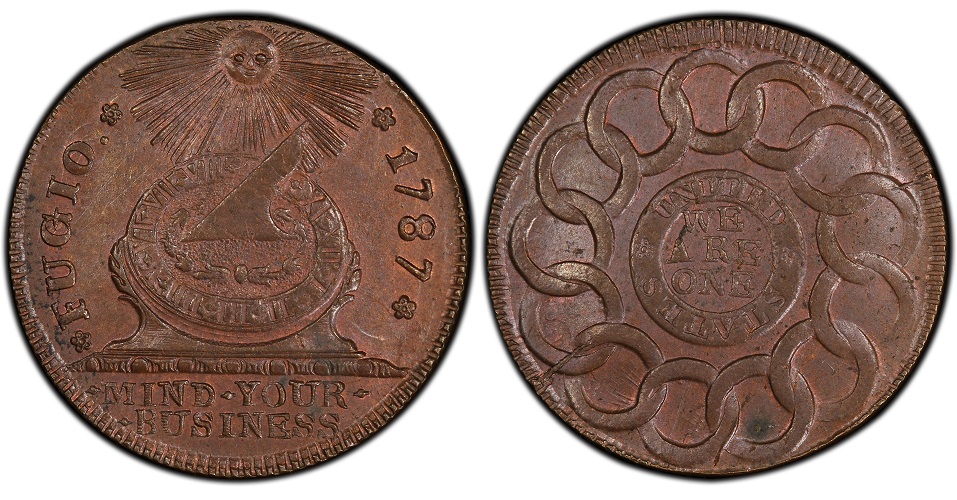 Professional Coin Grading Service announced this month that it has reclassified its 1787 Fugio Colonial copper as the earliest issue of all United States coins.

Coin Update ran an article about the particulars, which you can read by clicking here.

I have been calling it the first U.S. coin for decades in my media ethics classes at Ohio University and later at Iowa State University. You can also find it on my class website, in which we explore the inventions of journalist-printer Benjamin Franklin.

Here’s a screenshot from that site: 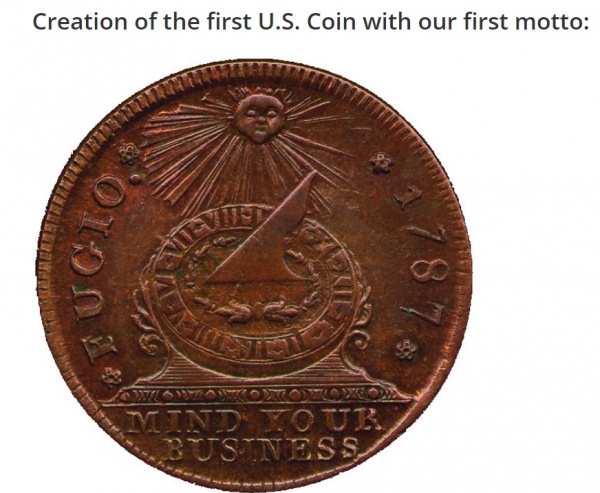 The motto MIND YOUR BUSINESS actually defines American values as well as “E Pluribus Unum” (“Out of Many, One”) or “In God We Trust,” adopted on the two-cent coin (you can read about that history by clicking here).

As I tell my students, “Mind Your Business” alludes to two features of American life, respect for privacy and commerce, as in take care of your business and stay out of mine.

We also discuss the symbolism of the devices, from the Latin (fugio, or “I fly”) associated with the sundial in the center of the coin. “Time flies” is a common phrase to this day. Another Franklin maxim is “Time is money,” which the Fugio cent also suggests. That phrase can be found in the 1748 essay, “Advice to a Young Tradesman,” which you can read here.

The reverse features 13 links of a chain, symbolizing the unity of the original 13 states, with the motto “We Are One” at its center. That may be a forerunner of “E Pluribus Unum.”

After explaining the coin to students, I pass around a worn Fugio cent so that they can hold it in their palms, bringing Franklin to life.

I suspect with the new PCGS classification that prices for Fugio cents will rise. This year I won a raw one on Proxibid with a bid of $325, 0r $375 with buyer’s fee. 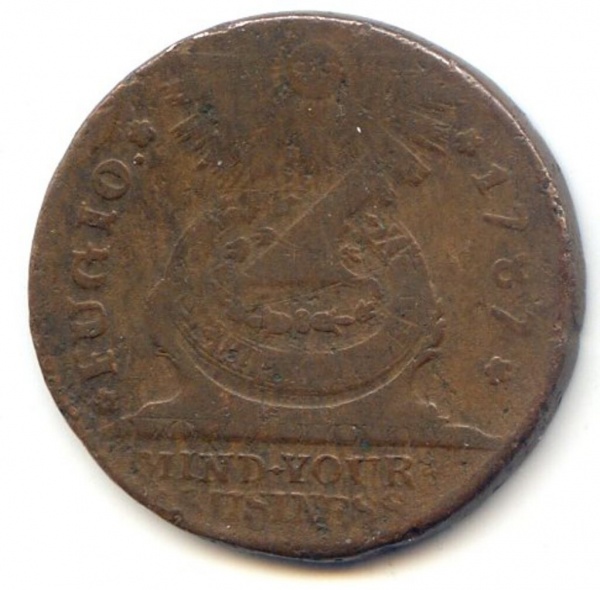 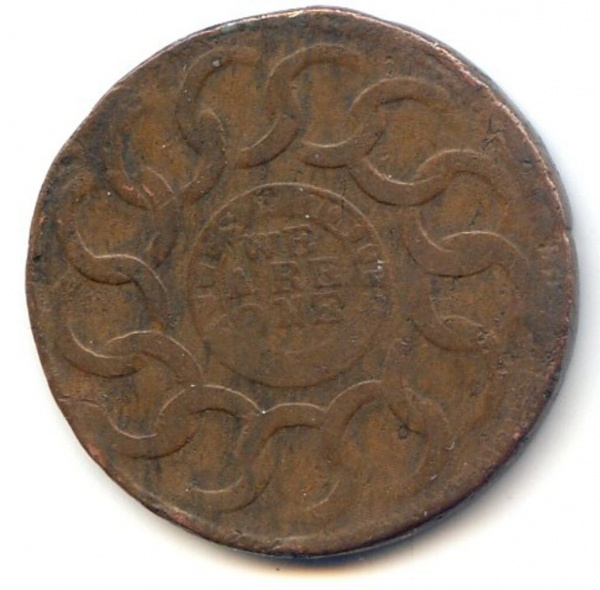 The coin was so clean that I sent it to NGC, which graded it VG-10: 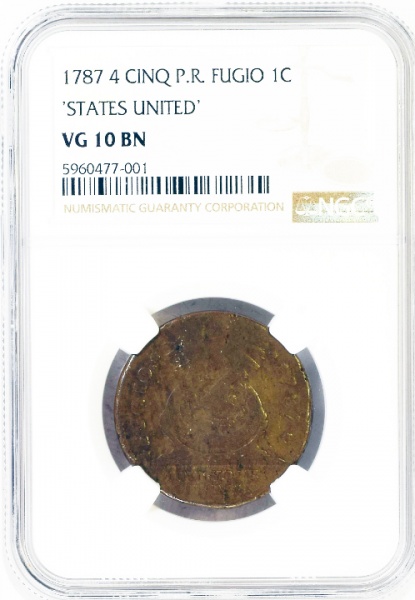 Every hobbyist should own a Fugio cent. You can read about the history, varieties, and restrikes by clicking here. You can retell that history, along with the origin of the mottos, and let your friends and family members hold history, as I do with my students.

It’s as close as we can get to the genius of Ben Franklin and the enduring values of America.

Ignore the flip and bid accordingly