The Associazione Italiana Arbitri or the association of Italian Referees have announced that from the 2nd May, they will use the official souvenir medal produced for the EXPO 2015 Milano for the coin flip or coin toss to determine which team who wins the coin-toss chooses which direction they wish to play. The kick-off begins when the referee blows the whistle and the kick-off to start the second half is taken by the other team. If extra time is played another coin-toss is also used at the beginning of this period. The coin toss procedure is part of the FIFA rules, The Start and Restart of Play which is outlined in the 8th paragraph of the Laws of the Game of association football. It concerns the methods of starting or restarting play in a game via the kick-off and dropped ball. 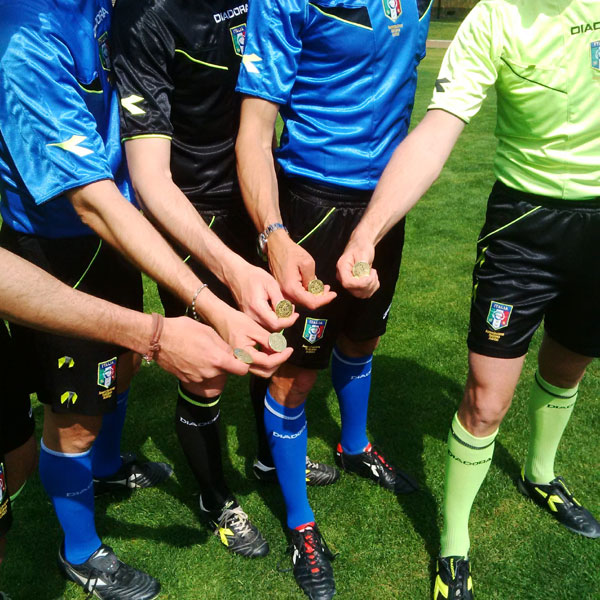 The medals were specially produced for the Association of Italian referees and every referee will be given the EXPO medal which includes the EXPO logo and motto “FEEDING THE PLANET – ENERGY FOR LIFE” The medals began their use from the 2nd May until the end of the Italian championships. The Museo del Tempo, official licensee of the EXPO 2015 Milano souvenir medal have authorized their use and presented a consignment of the newly produced medals to the President of the AIA, Marcello Nicchi who commented the medal “is a source of satisfaction and pride for the EXPO” further commenting “Even sports must do its part as the social and cultural impact social of the EXPO is of the highest importance” 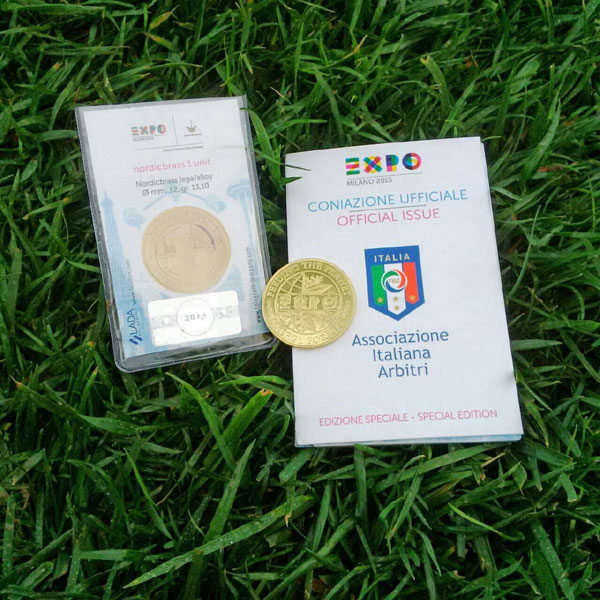 Instead of the usual “Heads or Tails?”, Referees will call “Expo or One?” which will refer to the designs by Luc Luycx and Laura Cretara, the renowned artists behind the obverse and reverse designs. The same medal takes to the field on Monday, May 4 at the match “Zanetti & Friends for Match EXPO”, which will be refereed by Paolo Mazzoleni. The minting of the official EXPO medals are also being praised for their responsible production which referees are calling them the “Fair play” medals due to the Nordic-brass alloy which is made with environmentally friendly recycled metals.