The Bank of Israel has issued (10th October) the 22nd set of coins which is part of their ongoing series entitled “Biblical Arts.” The latest story being featured is that of Isaac and Rebecca.

According to the scriptures, the servant Eliezer of Damascus devised a test in order to find the right wife for Isaac, the son of Abraham and his master. As he stood at the central well in Abraham’s birthplace with his men and 10 camels laden with goods, he prayed to God.

Rebecca impressed Eliezer at their meeting by the well, when she so courteously and generously drew water for him and his thirsty camels after their long journey from Canaan. Eliezer was convinced that Rebecca was a most befitting wife for Isaac, the son of his master Abraham. Rebecca led Eliezer to her father Bethuel and brother Laban. With the agreement of all three, Eliezer prepared to take Rebecca with him on his return journey to Abraham. The camel caravan set out and journeyed southwards to the Negev desert to the meeting with the bridegroom, Isaac.

Eliezer told Isaac about Rebecca’s exceptional character and Isaac happily took her as his wife and found consolation in her after the passing of his mother, Sarah. Isaac was around 37 years of age at the time. He was 40 years old when he married Rebecca, and 20 years elapsed before they had children. Throughout that time, both Isaac and Rebecca prayed fervently to God for offspring. God eventually answered Isaac’s prayers and Rebecca bore twin sons: Jacob and Esau. 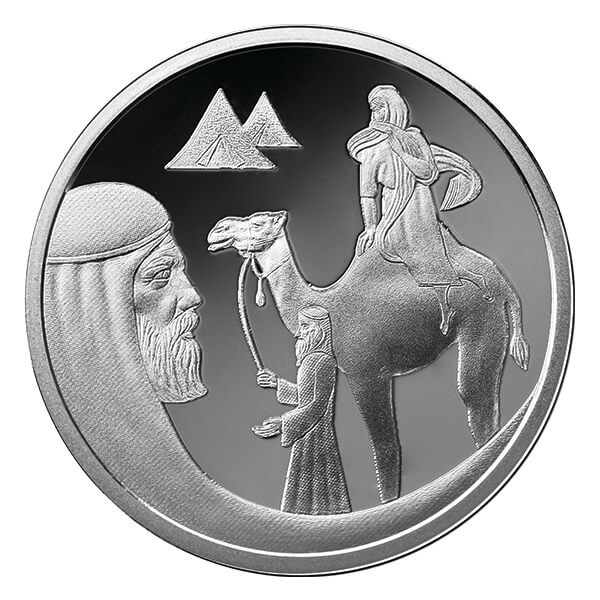 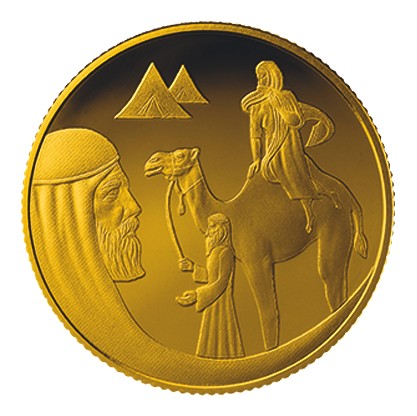 Designed by Noa Hafzadi, the reverse side depicts, to the left, an image representing Isaac. In the centre is Eliezer leading Rebecca on the camel, as she looks toward Isaac. In the background are tents. 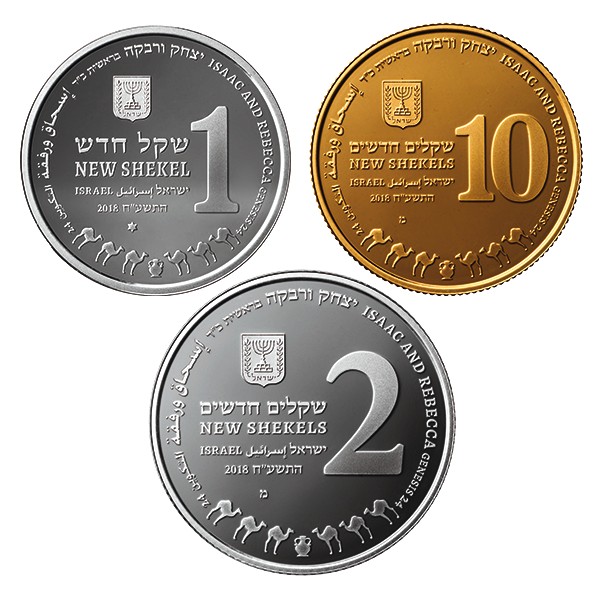 The obverse includes the face value as well as the Israeli state emblem. The text ISRAEL is included in English, Hebrew, and Arabic. The mint year, mintmark, and inscription Isaac and Rebecca are also included, appearing in three languages. Around the lower border are decorative elements representing the camels and a water jug which is referenced in the story. Each Proof quality strike includes the mintmark מ (Mem) while the Prooflike coins include the Star of David mintmark. 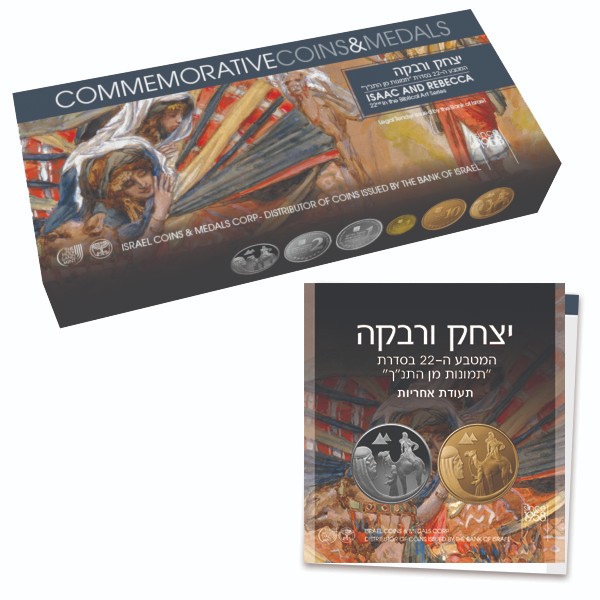 The two silver coins are available as a set, or, as a three-coin set which includes the two silver and one 10-shekel gold coin is also available. For more information about these coins and others issued by the Bank of Israel, please visit the website of the Israel Coins and Medal Corporation (ICMC).