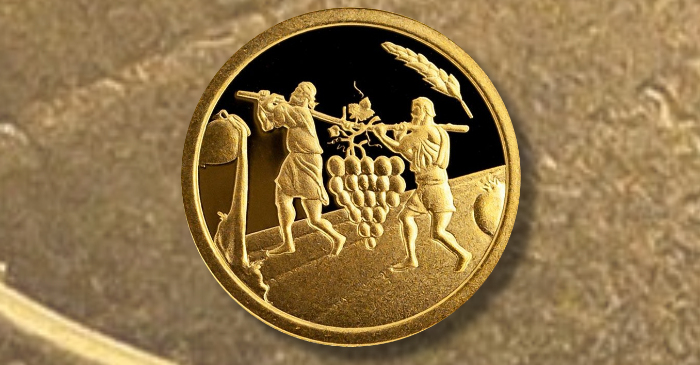 The Bank of Israel has released its 23rd collector’s coin which is part of the ongoing series entitled “Biblical Art.” First launched in 1995, the series focuses on some of the Bible’s most well-known stories with depictions featuring those persons or occurrences that feature prominently in the Holy Scriptures. This year, the coins highlight the story of the 12 Spies.

Following the exodus from Egypt and slavery under Pharaoh, the children of Israel wandered in the desert on their way to the Promised Land, the Land of Canaan. In the second year, they reached the wilderness of Paran, where Moses made his decision in consultation with the Almighty to send men to spy or survey out the land. He appointed the head of each of the 12 tribes to explore the land and conduct a survey of its cities and inhabitants. When the men returned after 40 days, 10 out of the 12 gave an unfavourable report. While they gave a partially encouraging report that the land “flowed with milk and honey,” and as evidence, showed the dense cluster of grapes they had brought. However, they frightened the people with the rest of their report. They described the giants they had seen and told them that the land devours its inhabitants, and its people would be too weak to endure. Alone, Joshua and Calev (Caleb) had faith in the Almighty, believing that the Promised Land could only be good for them and that God alone would guard the people with miracles. After hearing the report of the spies, the people wept, and that day of weeping became known as Tisha B’Av. It remains the ninth day of the Jewish month of Av, when both the first and second temples in Jerusalem would be destroyed, a day of weeping for the generations to come. As punishment, it would take the Israelites 40 years to reach the Promised Land, corresponding to the 40-day trip of the spies, and only the younger generation was to have the merit of entering the land.

The coins are designed by Lilach Rozman. 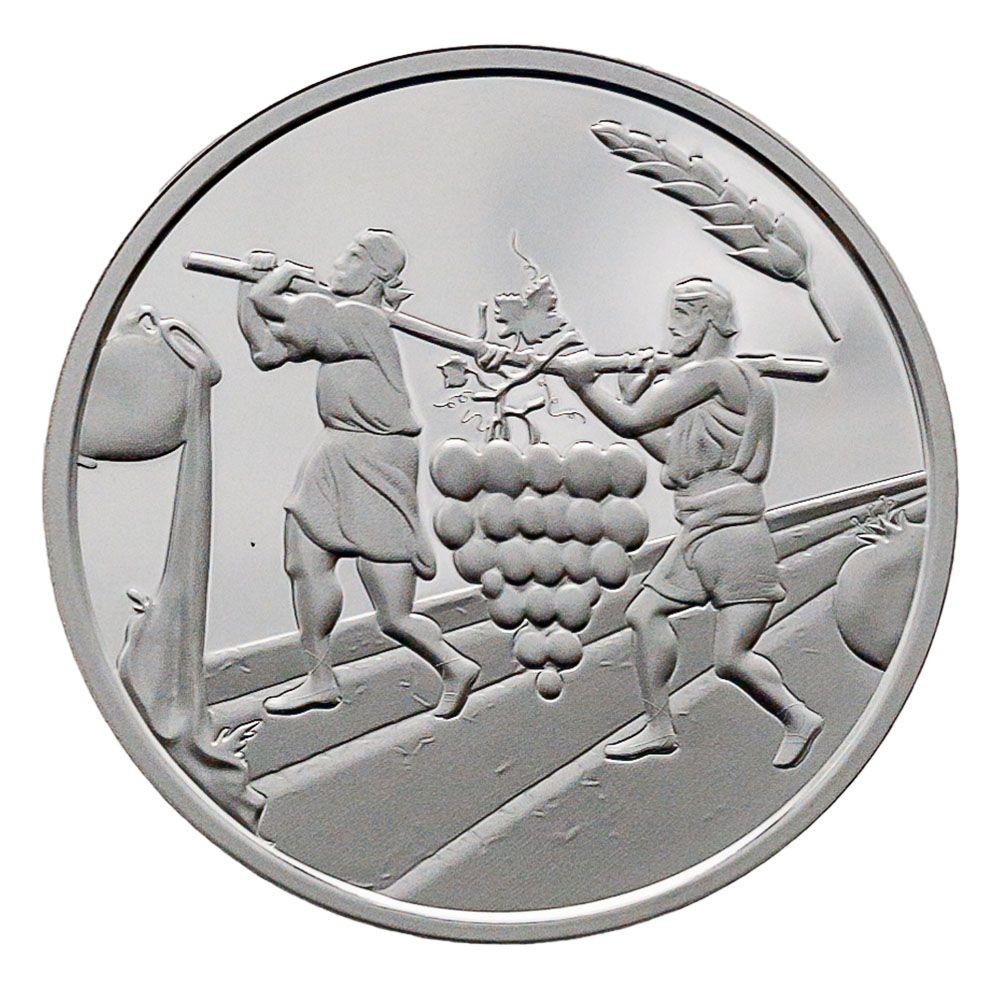 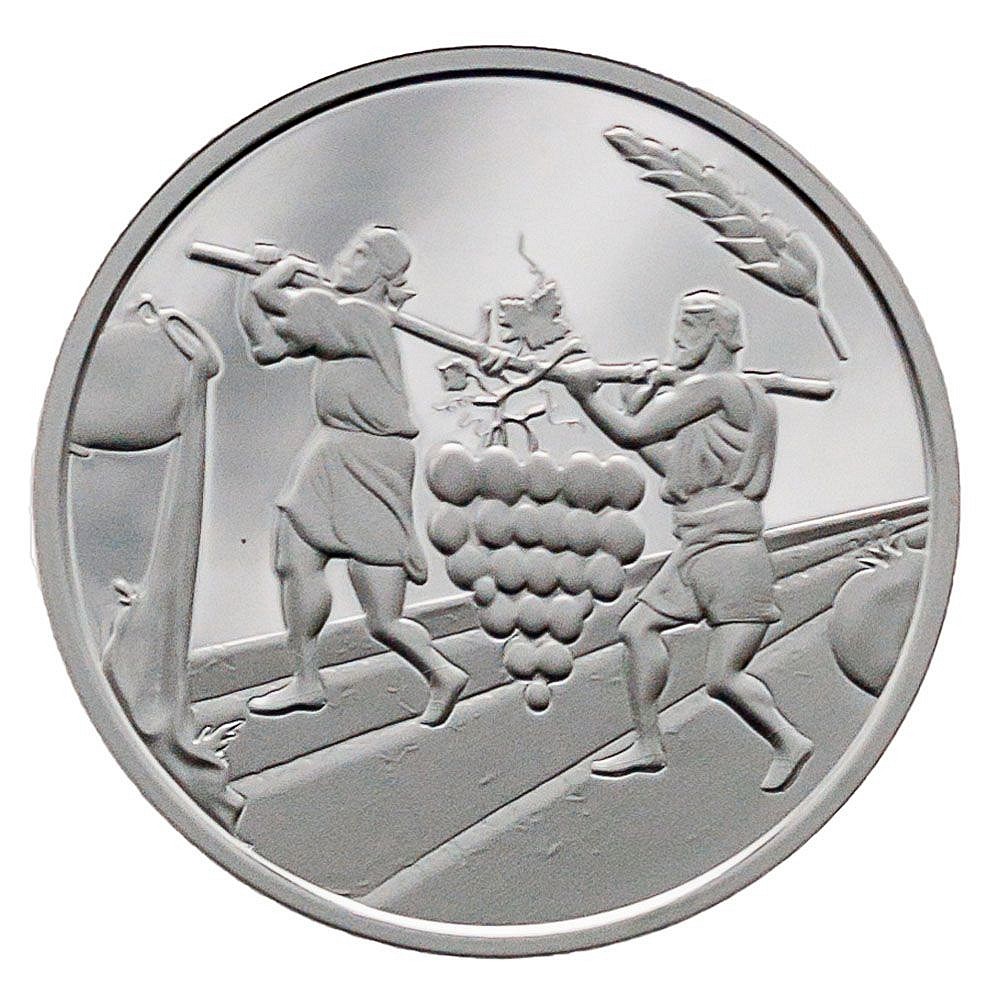 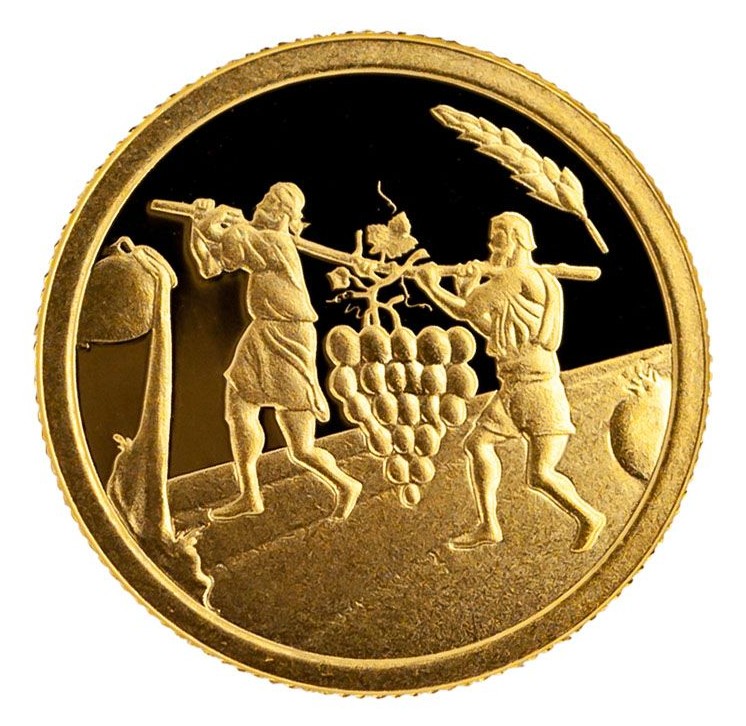 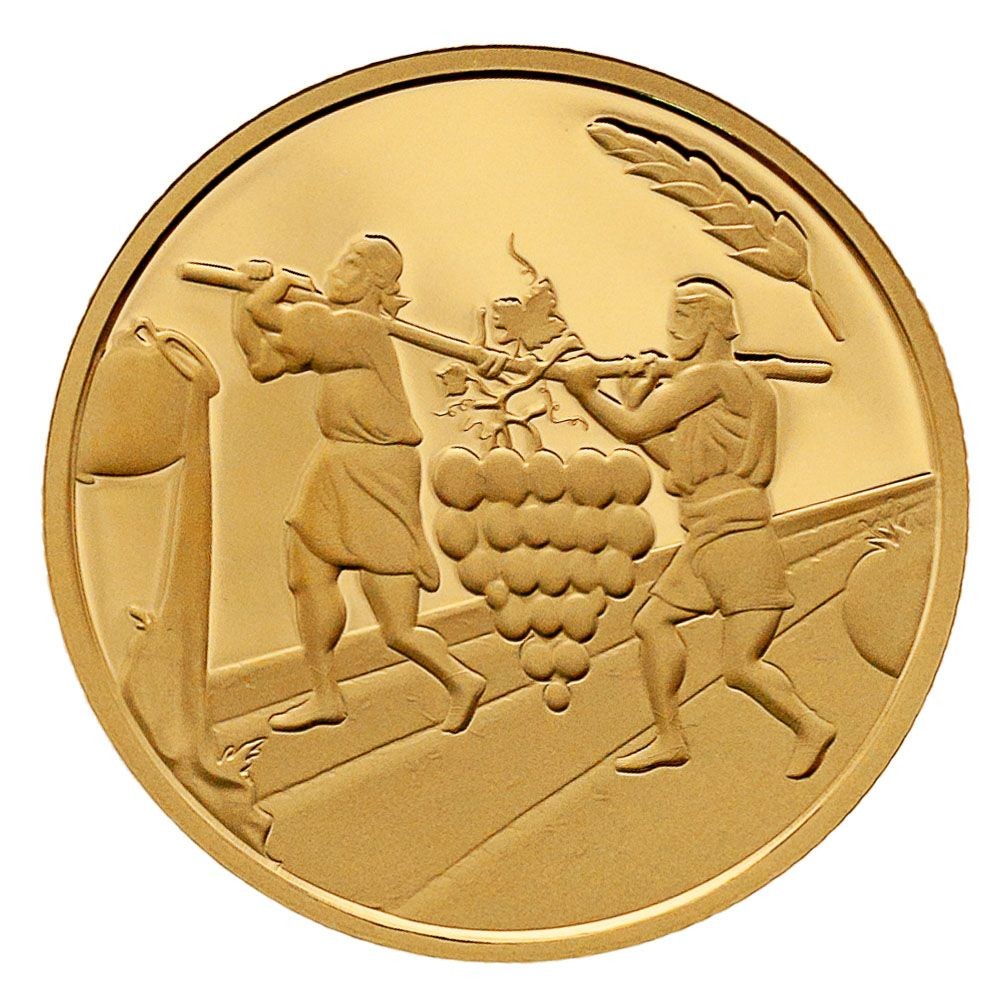 The obverse depicts two of the spies, bringing the impressively large, choice fruits of the seven species of the land of Israel to the Israelites, where they were encamped in the desert and is based on the scripture “a branch with one cluster of grapes, and they bore it on a bar between two, and pomegranates and figs” (Numbers 13:23). To the right, in the upper border, an olive branch symbolises another of the seven species, while below and to the right is an enormous pomegranate. To the left is a jug with milk flowing out of it, a depiction of the land of Israel, which is described 21 times in the Bible as “a land flowing with milk and honey.” 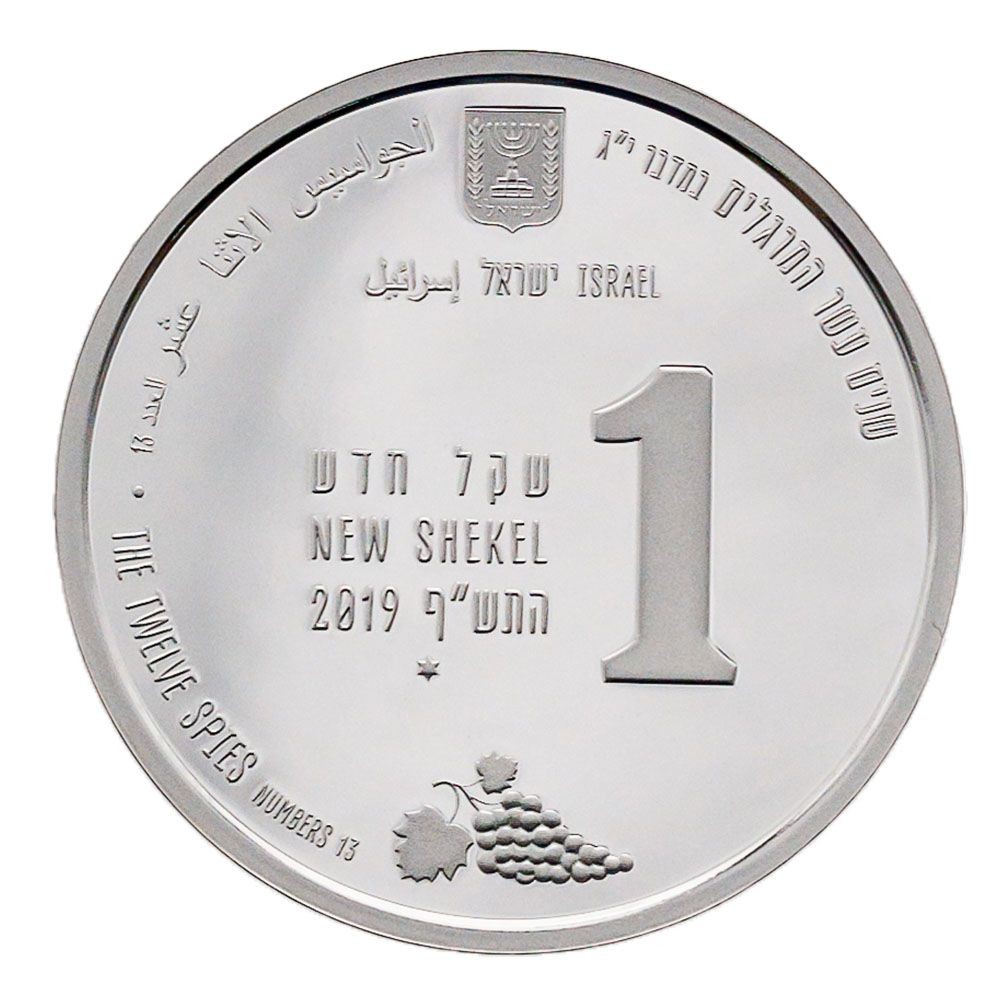 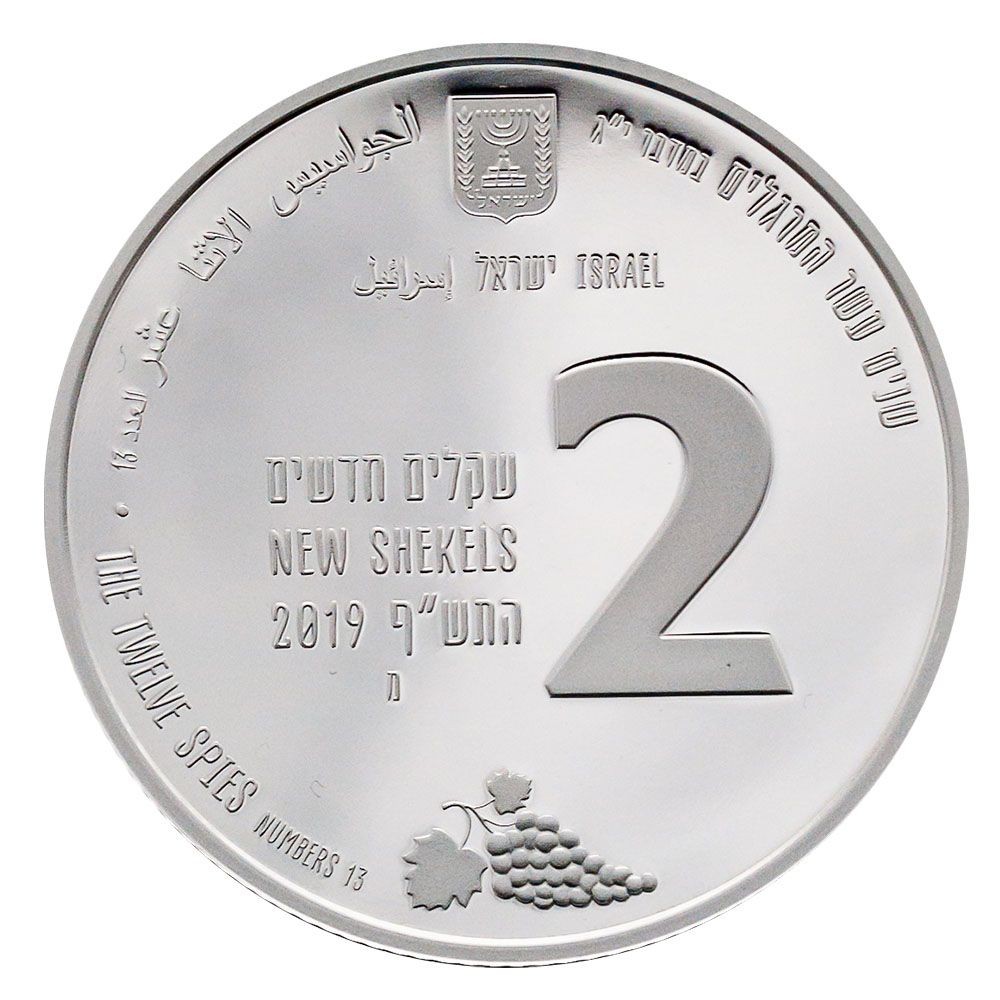 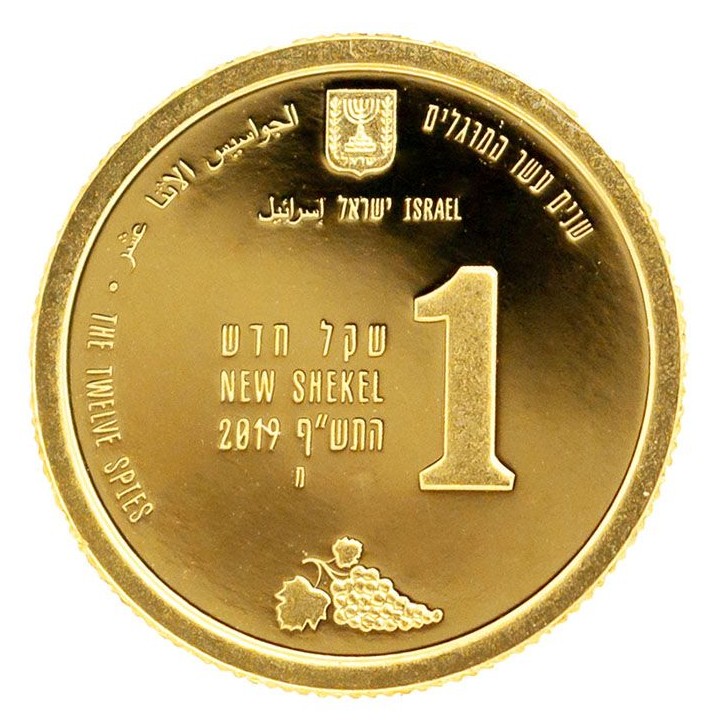 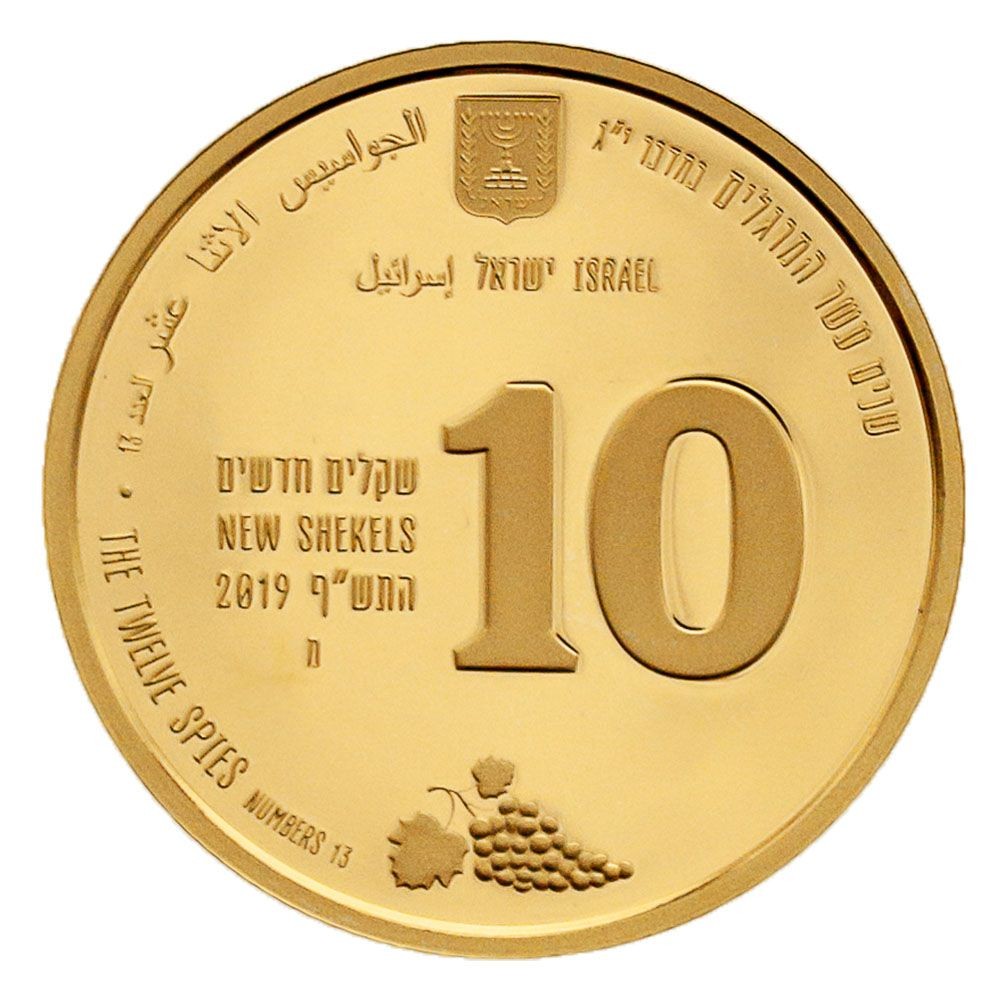 The reverse side includes Israel’s state emblem, the face value of 1 or 2 shekels (silver) or 1 or 10 shekels (gold) along with the text ISRAEL in English, Hebrew, and Arabic. The mint year, mintmark, and commemorative inscription THE TWELVE SPIES is shown in the three languages, and below, a decorative element representing a cluster of grapes.

Each Proof quality strike includes the mintmark מ (“Mem”), while the Prooflike coins include the Star of David mintmark. 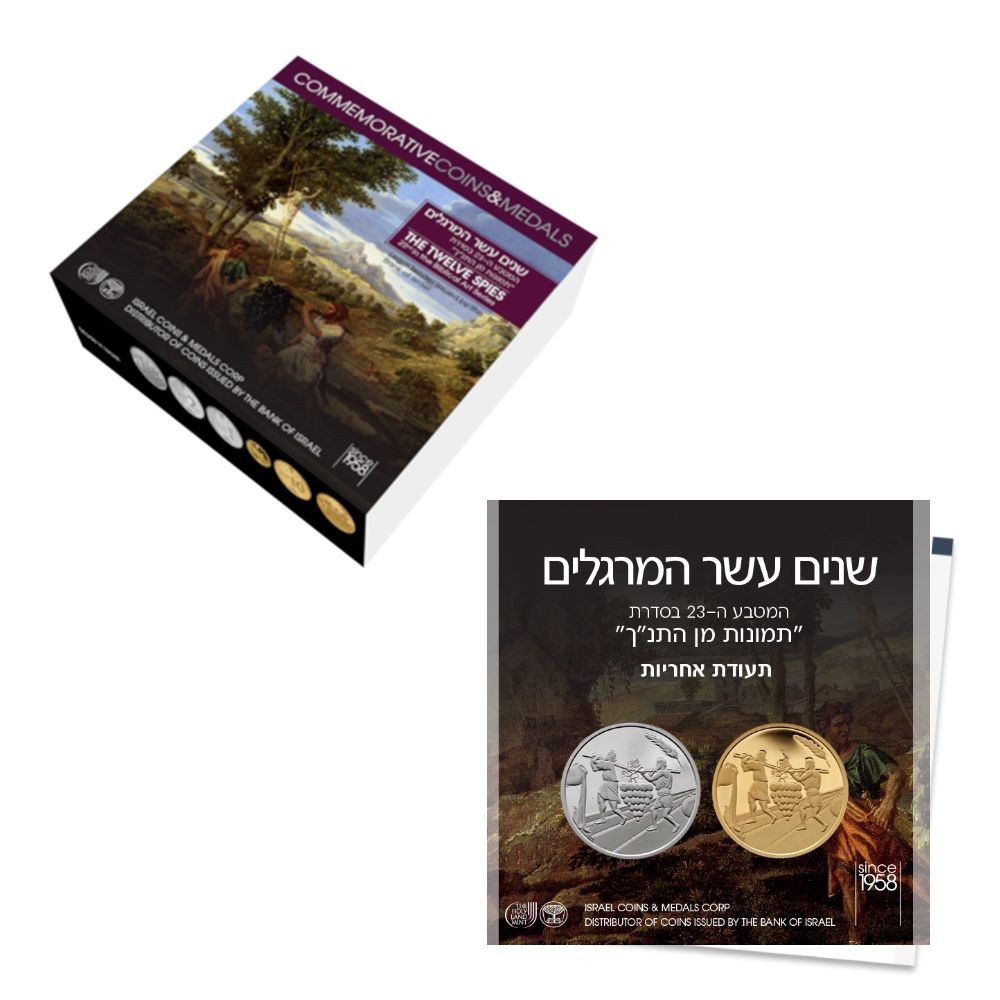 The two silver coins are available as separate purchases, as a set of two, or as a three-coin set which includes the two silver and one 10-shekel gold coin. The gold one-shekel option is available only as a separate purchase. For more information about these coins and others issued by the Bank of Israel, please visit the website of the Israel Coins and Medals Corporation.

Is it time to re-think the secondary coin market?