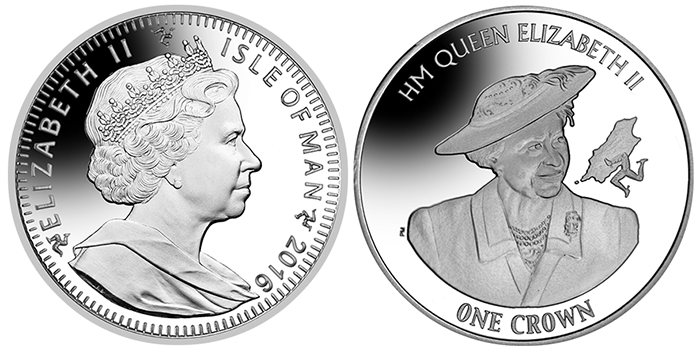 On September 29, the Government and Treasury of the Isle of Man issued a special-edition coin that marks the milestone birthday of HM Queen Elizabeth II. In addition to being the sovereign of the British Isles, the Queen is also officially Lord of Man (“Lord” is, surprisingly, the correct title). (Scroll down for more on the Queen’s birthday celebrations.) 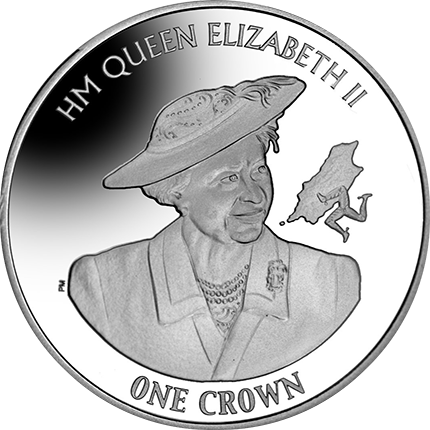 The coin is produced by the United Kingdom’s Pobjoy Mint on behalf of the Treasury of the Isle of Man. The reverse depicts a portrait of the Queen, taken on her visit to the Isle of Man in 1989, alongside a privy mark highlighting the outline of the Isle of Man and its famous triskele (three-legged insignia). 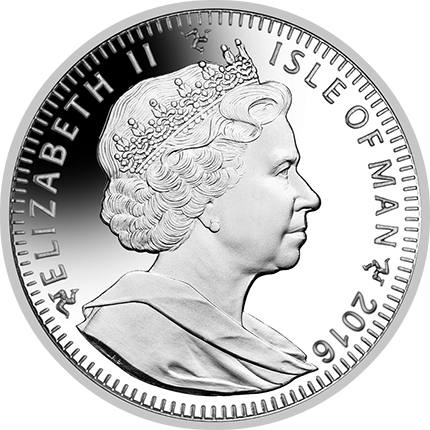 The obverse of the coin features an effigy of the Queen by Ian Rank-Broadley. As discussed below, the coin may be one of the last Isle of Man issue produced by the Pobjoy Mint.

The coin is being issued in both cupro-nickel (Brilliant Uncirculated) and sterling silver (Proof). The BU coin is packaged in a unique Pobjoy Mint blue presentation pouch. The Proof is housed in an acrylic capsule within a custom red box, along with a certificate of authenticity.

For more information on this and other coins offered by the Government and Treasury of the Isle of Man, please visit the website of the Pobjoy Mint. International sales dispatched where applicable.

The Queen is the first English or British sovereign to celebrate this momentous birthday, which took place on April 21, 2016. Her Majesty celebrated her 90th birthday with the nation during the annual celebration of the Trooping of the Colour—the day when a British monarch officially marks their birthday regardless of the actual date.

The Queen usually spends her actual birthday privately and with immediate family, although the date is marked annually in London by midday gun salutes: a 41-gun salute in Hyde Park, a 21-gun salute in Windsor Great Park, and a 62-gun salute at the Tower of London. As this year marked such a milestone birthday, a special service was also held at St Paul’s Cathedral.

Aside from the official pomp and ceremony, a “street party” was held in front of Buckingham Palace along the Mall, with the public invited to attend. The event included more than 10,000 men and women who play a part in the many charities of which the Queen is patron. The gala was organized by the Queen’s eldest Grandson, Mr. Peter Philips, who is the son of the Princess Royal and her former husband, Captain Mark Philips.

From March of next year, Pobjoy Mint will no longer be the official mint for the Isle of Man’s treasury. This service has been contracted out to the Tower Mint in London. The Isle of Man treasury have also indicated that their numismatic program will be considerably scaled back in the future. This 1-crown silver coin may be one of the last to be produced by Pobjoy for the Isle of Man.