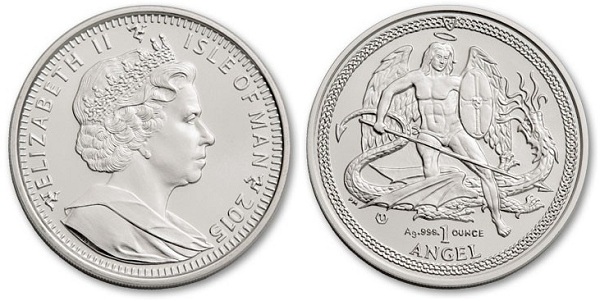 The Government of the Isle of Man has announced (March 24) that it has issued a brand new Reverse Proof Silver Bullion Angel following the success of its popular Gold Angel bullion coins.

The Angel’s folklore is legendary amongst coin collectors, and its colorful and inspirational history is as much an attraction as the coins themselves. It began as a gold coin originally introduced into England by Edward IV in 1465 as a new issue of the Noble. Based on a French coin, the Angelot or Ange, its name was derived from the representation of the Archangel St. Michael.

A truly iconic coin, its reverse image depicts the Archangel Michael slaying the dragon, which was thought to bring good luck and health; it was traditionally given to sufferers of the ‘King’s evil’ disease, or scrofula, in a medieval ceremony intending to cure them with the ‘royal touch’. This modern Angel is now one of the world’s foremost bullion coins and carries the third design in the coin’s illustrious history since the first Angel was issued in 1984. 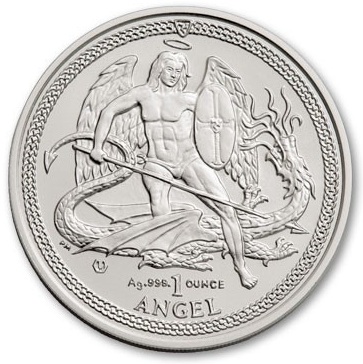 The coin is minted by the Pobjoy Mint UK on behalf of the Isle of Man’s Treasury and includes a Reverse Proof strike, which combined with a frosted background lends a modern appearance to the depiction of Angel St. Michael and the dragon.

A privy mark of the letter “P” appears on the reverse, denoting the bullion strike or quality. The obverse carries an effigy of Her Majesty Queen Elizabeth II, Lord of Mann, by Ian Rank-Broadley FRBS, which also features a frosted background. The year of issue, 2016, appears as part of the Queen’s legend.

Each coin is produced to the highest quality and has been struck four times to produce a stunning frosted-finish background, with the design sculpted in striking relief. The single coin is presented in an individual heat-sealed pack. For more information on this and other coins on offer by the Isle of Man Treasury, please visit the Web site of the Pobjoy Mint. International orders will be dispatched where applicable.