The Treasury of the Isle of Man Government have issued two new commemorative crown coins which mark the bicentenary of the Battle of Waterloo, a decisive conflict which took place two hundred years ago and abruptly ended the aspirations of the French Emperor Napoleon to conquer much of Europe during his reign.

The Battle of Waterloo began with Napoleon’s 72,000 men facing the troops commanded by the Duke of Wellington’s army of 68,000 men. Wellington had British and Dutch soldiers on his side, but was expecting even more when the 45,000 Prussian soldiers arrived under the command of General Gebhard Leberecht von Blücher, head of the Prussian forces. As the Prussians began to arrive, Napoleon was forced to send detachments of his soldiers to try and stop the Prussians from being able to join up with Wellington’s forces. By early evening it was apparent that the French were losing so instead of defending their position, Wellington ordered his soldiers to attack, the French army began to retreat and the one-day battle was over. Four days after this famous Battle, Napoleon abdicated for the second time and was exiled this time, to the remote island of St Helena rather than to Elba in the Mediterranean, his former place of exile. The countries who had suffered under French Imperial occupation or who had been incorporated into the French Empire were liberated and others were declared independent and able to establish their own state. 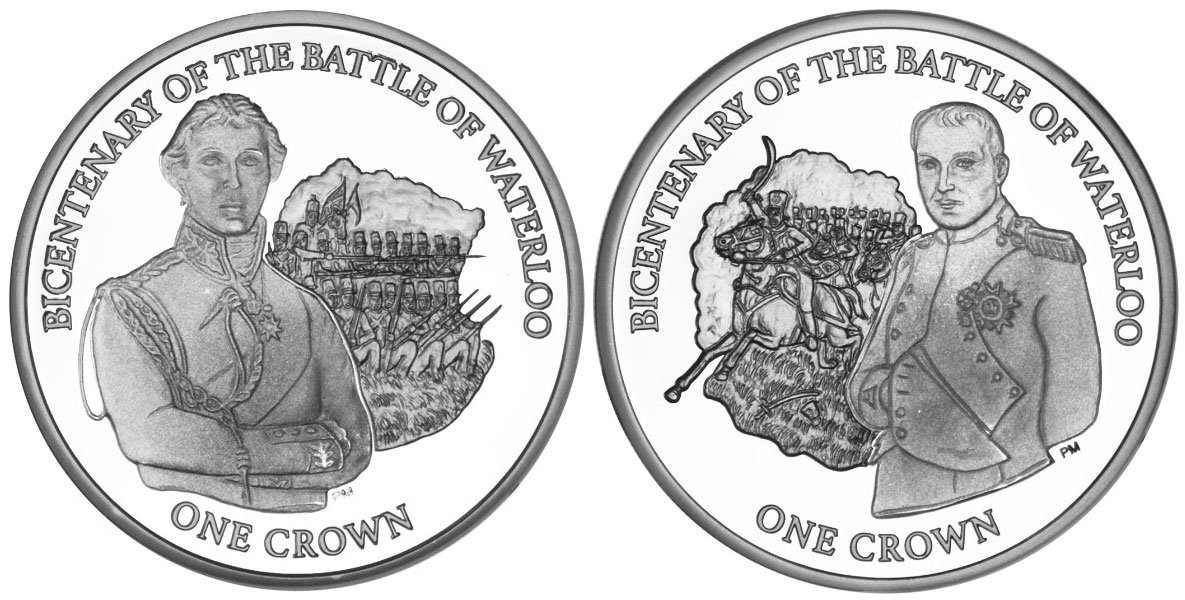 The coins, produced by the Pobjoy Mint UK on behalf of the Treasury of the Isle of Man, include portraits each of the defeated Emperor Napoleon with the Charge of the Hussars shown in the background, and that of the victorious Duke of Wellington along with the British Infantry Square in the background. The obverse of the coin bears an effigy of Queen Elizabeth II, Lord of Man, by Ian Rank-Broadley FRBS. 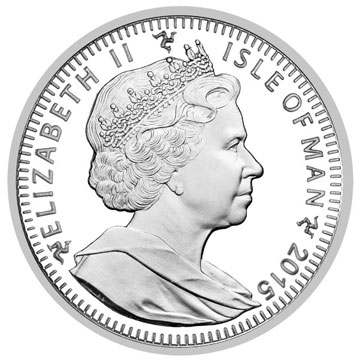 Each coin is available in Cupro Nickel and Proof Sterling Silver, the coins are struck to the highest quality with the precious metal versions being produced to proof quality. The design on each coin is in relief with a smooth (BU) or mirror-finish (proof) background.

For more information on these and other coins offered by the Treasury of the Isle of Man, please visit the website of the Pobjoy Mint at: http://www.pobjoy.com/products/view/isle-of-man-2015-bicentenary-of-the-battle-of-waterloo-proof-sterling-silve Information offered in English, international orders dispatched.