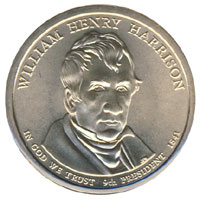 A widely viewed home shopping program focused on coins has repeatedly claimed that 2009 will be the last year that the United States Mint will use the “satin finish” for coins included in the annual Uncirculated Coin Sets issued for collectors. This rumor has spent some time in circulation around the internet, with the only source being the aforementioned television program.

Is there any truth to the rumor that 2009 will be the last year of satin finish?

According to Michael White of the United States Mint Office of Public Affairs, there is no truth to this statement. The satin finish will continue to be used this year.

The special finish has been described as follows: Unlike circulating coins, uncirculated coins are struck on specially burnished blanks and feature a satin-like finish.

The first 2010 satin finish coins should be issued in the Millard and Abigal Fillmore Presidential $1 Coin and First Spouse Medal Set tentatively scheduled for release on March 26, 2010. This will be followed by the 2010 Presidential $1 Coin Uncirculated Coin Set released in April and numerous other products released throughout the rest of the year.