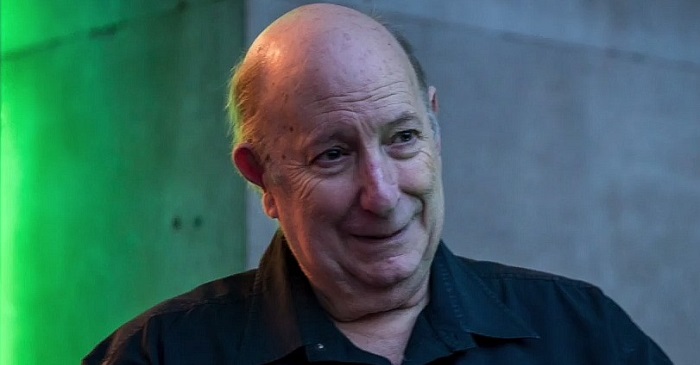 We ask a leading expert and industry leader about this very subject: Richard Lobel, owner/director of Coincraft London.

As a leading voice in the field of the coin world’s secondary market, I had an opportunity to ask Richard Lobel, owner/director of Coincraft in London, what he believed the shape of the secondary market is currently in and if there should be cause for concern. The company he and his wife Claire run has been rightly described as a numismatic department store and is just opposite the British Museum, which has become a landmark for coin collectors both in the UK and for those who visit London from far and wide. Next year, Coincraft celebrates the 65th anniversary of its founding, which the management say they are very much looking forward to. 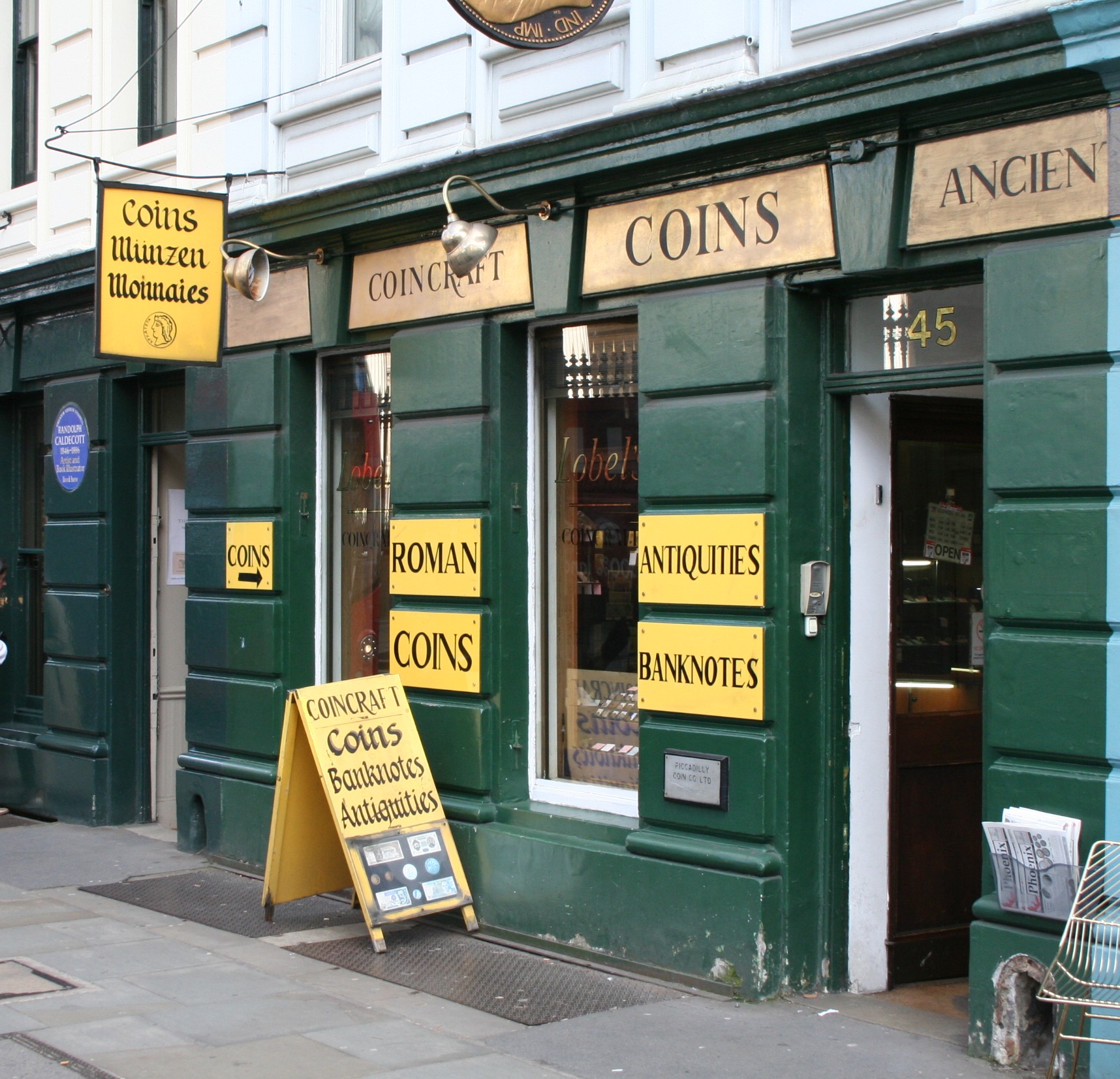 The secondary market (or markets, more accurately) often means different things to different people. As a collector, it is a vital source of obtaining a wide variation of coins to add to one’s growing collection. As a dealer, it is important in terms of being able to provide items to sell to those collectors which keep their business growing, and thus, viable. The various mints are themselves a source of providing the coins which will eventually find their way changing hands on the secondary market. The change to our market recently means there has been a noticeable transformation and concern which is affecting the way collectors obtain wanted items and how dealers obtain them to satisfy their clients. If the secondary market is to maintain its relevance to collectors, dealers, and those who produce the coins themselves, there will need to be a greater level of cooperation between all parties concerned. This includes parties ranging from the various mints, marketing companies, and dealers, to the occasional, casual, or dedicated collectors. Our long-term survival depends on this, in addition to providing an encouraging atmosphere for new collectors. 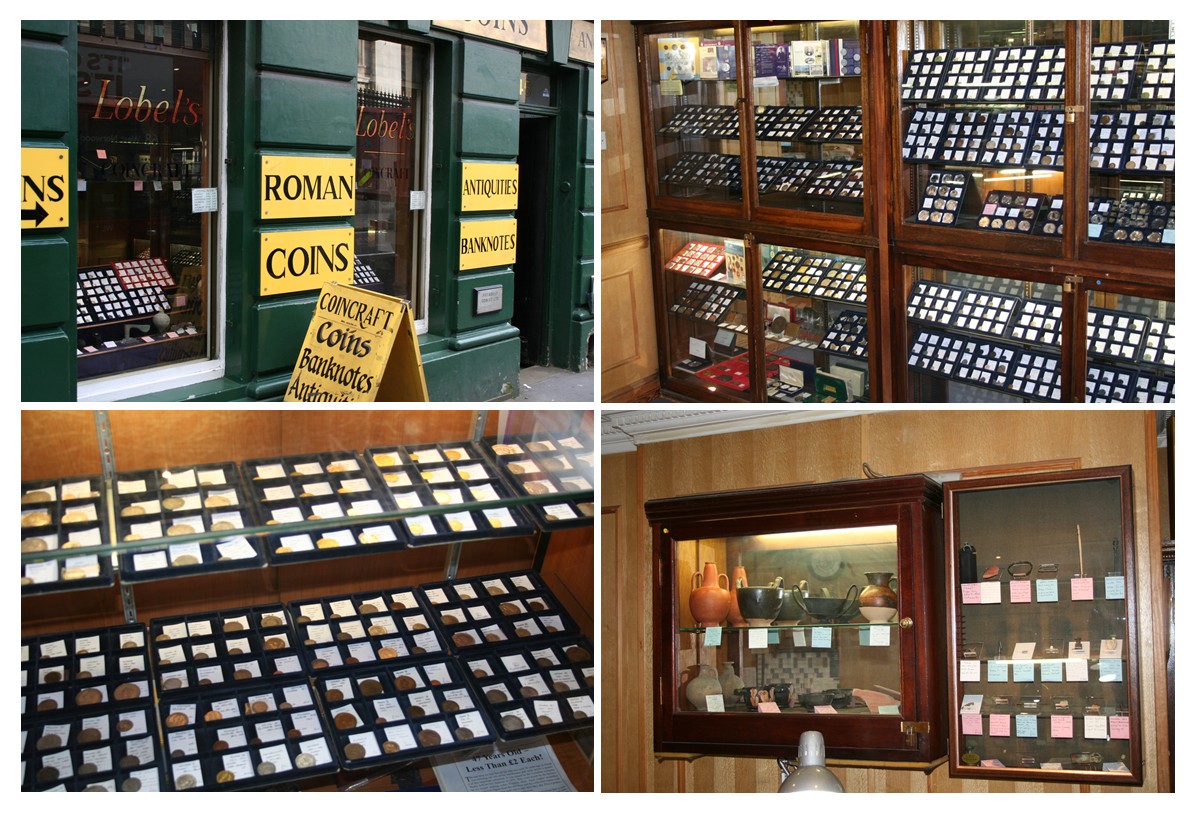 Michael Alexander: Many collectors visiting London will be very familiar with Coincraft since your company has had such an unmissable presence and impact in British Numismatics and has been a pivotal driving force. It’s safe to say that what you do not know about the secondary market frankly isn’t worth knowing. So, what do you believe is the main ailment of the secondary market at the moment? What is its biggest failing or concern for you?

Richard Lobel: The secondary market in this country, and in other countries, is not working because of the word “too.” Too many products being issued, prices are too high, and there are too few collectors for the material. That, combined with the lack of support from mints in the secondary market, means that collectors have nowhere to go once they decide to sell them. Quite simply, the mints do not support the products that they have sold. Their customers may have bought from them because they are a mint, but once these collectors go to sell, they realise that no mint will re-purchase the items. The secondary market is made up of the dealers who really don’t want a mint’s overpriced issues. They do not have the facility or space to handle quantities. Their main business is normally older numismatic items, real collector pieces.

MA: I’m sure you’ve seen the familiar scenario of collectors believing they made smart investments with purchases directly from mints and marketing companies which ends up disappointing collectors and puts them off coin collecting permanently. This also leaves the activity with an undeserved reputation. Can you share your experiences having handled these kinds of visitors to your shop over the years?

RL: We know from our own experience that there are a number of mints and marketing companies who suggested to their own customers if they have something to sell which was bought from them, then contact Coincraft! Auctions list these items at melt value or less, and dealers are tired of being called crooks when they make a legitimate offer on material which is based on the metal content, and we coin dealers are not to blame. The mints and marketing companies who sell collector’s pieces, hinting that they’re investment, are the ones who are in the wrong. We did not sell you a new crown-sized silver coin and I use the term “coin” advisedly, with £7 ($9) worth of silver for £80 ($104) or more. The mints do not want to get involved once they have sold the coins so they are responsible for killing the market. I say to them: “If your items are so great, why don’t you buy them back?”

MA: Coincraft is well known for a very important policy of its trade: Your company makes it a point to emphasise that you do not sell coins as investments. Some collectors may be surprised to learn this and that there is a clear distinction between buying coins as investments and purely as a pursuit of the hobby, clearly this above-board approach has worked for you.

RL: Coincraft does not sell anything as an investment. I have had people call me up and ask if we can sell them coins that will double in value in a month or two. My reply is always: “If I knew something was going to double in a month, I’d keep it for myself.” Coin collecting is a hobby, not something for investment. If you collect over a long period of time, buying when prices are at a reasonable market value, then hopefully when you go to sell you might well make a profit. Even if you don’t, you had the enjoyment of looking at your coins and the honour of owning a piece of history for a period of time.

MA: You’re still very much a family-run enterprise, your wife Claire is a very well-known as part of the business who oversees the banknote side of the company, to name just a few of her responsibilities. Coincraft has quite a few members of the team who have been with the company long-term, do you credit the longevity of your team as part of the success of the business as a whole?

RL: I’m proud to say that we’re the only large-scale firm in the UK that is still family-owned and family-run. We treat our staff as members of our extended family. Last year we had three people retire, who, between them, had 95 years of working with Coincraft. You note that I say working “with” and not working “for”. We are a team and we work as a team.

MA: I want to highlight your well-known shop, which is just opposite the British Museum has become, for many coin-collecting visitors to London, a “must-see.” How much of the company’s success do you think is attributed to the shop and are there any plans afoot to expand the premises in the future?

RL: As you know, we have had our shop across the street from the British Museum since 1976 and as we own the permanent lease of the building, we expect to be there for some time yet, certainly for next year when we celebrate our 65th anniversary! Coincraft is a place that collectors go to, and some tourists do become our long-term collectors after seeing our shop. The problem is that there are not many coin shops or offices anywhere in the country that collectors can visit. We currently fulfil nearly 40,000 orders annually and a great percentage of these orders are from collectors outside the UK, who we encountered visiting our shop and who picked up a copy of our publication, The Phoenix.

MA: Aside from the shop’s well-known location, you maintain a website, and publish a popular newsletter entitled “The Phoenix.” With the increase of online purchases and auctions, do you think the future of the business is leaning towards a virtual presence, and if so, does Coincraft have plans to accommodate this trend?

RL: True, Coincraft has the shop, we publish at least 40 different catalogues or bulletins a year, and we have our excellent website to provide an exposure to collectors. We try and make it easy for collectors to find interesting and exciting things for their collections. I have seen coin fairs greatly reduced in their importance, dealer publications are far and few in between, and at the same time, the increase of websites, most of which are confusing and difficult to use. Websites are inexpensive to set up and run, but the problem is that there is no one to police them. Those who claim to be selling properly graded material on their websites should be in jail. Case in point, a brash youngster who pushed through the crowd in our shop one day to show off his Aethelred II penny he bought on one of those websites I referenced earlier. Unfortunately, he was quite disappointed when I told him it was not real. He questioned how I instantly knew that and the answer was simple. In the reign of Aethelred II, they didn’t have plastic, the material this so-called coin was struck in.

MA: There have certainly been plenty of changes in the coin collecting activity during your nearly 65 years in the business. What has surprised you the most, or has had the greatest impact as you and Coincraft prepare to mark the company’s 65th anniversary in 2020?

RL: In the late 1960s, everyone here was trying to complete a date set of pre-decimal coins, in anticipation of the coming currency changeover. In terms of looking to the future and preparing for what lies ahead, Coincraft has put in place a new generation of professional dealers to take over from Claire and myself as we start to lessen our own activities. Ian Jull and Phil Skingley, who are both directors in Coincraft, will run the business supported by a fantastic group of young numismatists. We have accumulated one of the largest and most diverse stocks in Europe. I would hazard a guess that we could continue in business without buying anything further for at least the next five years. That means filling 150,000-200,000 orders.

MA: Some who don’t know you personally will be a bit surprised to learn you arrived to the UK 50 years ago in your early 20s from the U.S. I think the story behind how you found yourself in the United Kingdom is very much a part of the times, as you arrived during the swinging 60s, can you share some of this story?

RL: I finally graduated university in 1968, having dropped out once and being kicked out twice, with a degree in international business and macroeconomics and was going to get my MBA. Instead, I left the U.S. and sailed for England on my way to sit at the foot of a guru in India. An early encounter I had was with the great London coin dealer Geoffrey Hearn, who took three Una and the Lion £5 pieces from his pocket and wanted £1,800 for them. Not £1,800 each, but £1,800 for all three, the only problem was, who had £1,800 or the equivalent of $5,200 in those days? I paid my first secretary £15 a week and that was 50% more than she was earning in her previous job.

RL: I am a very serious collector of King Edward VIII memorabilia and have perhaps the finest collection of this material in private hands in the world. For instance, the book that was published on his medallions includes 90 percent of my collection. I do not keep anything that I should offer to my collectors first, which means if I want something, I offer it at least once to our collectors. If there are no takers, then it’s mine!

MA: Richard Lobel, director of Coincraft, thank you very much for your time today. Our conversations are always insightful, straightforward, and very entertaining!

Coincraft is located at 45 Great Russell Street, London WC1B 3JL, and their website is accessible here. The Phoenix newsletter is published every three weeks and is available by visiting in person or by requesting a copy by post.