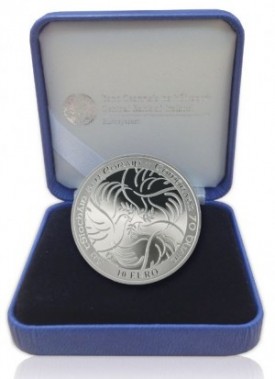 The Central Bank of Ireland has unveiled a new silver crown collector coin observing the 70th anniversary of the day peace returned to the European continent after the surrender of the Axis powers at the end of the Second World War.

The 8th of May, 1945 is commemorated in both Europe and the U.S. as Victory in Europe (V.E.) Day. In 2015, much of the continent marked the 70th anniversary of V.E. day with national celebrations and observations of the important battles that turned the tide of the war in favor of the Allied forces, spelling the end of Nazi domination. 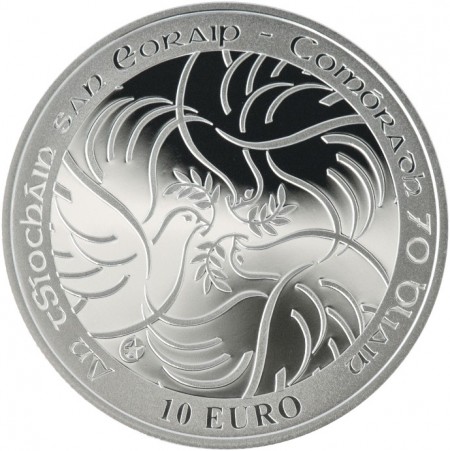 After nearly six years of fighting in Europe, The Third Reich’s Führer, Adolph Hitler, shot himself when faced with the ultimate defeat of his forces and Europe’s nightmare was at an end. Much of Europe remained physically and politically divided, however. After liberation and the cessation of hostilities, many countries in the East were occupied by Soviet Forces, who proceeded to set up puppet governments dependent on Moscow. Winston Churchill described the situation in a speech he delivered on March 5, 1946 to an audience at Westminster College in Fulton, Missouri:

“From Stettin in the Baltic to Trieste in the Adriatic, an iron curtain has descended across the continent.”

This situation—termed the “Cold War”—would endure for another 45 years until the communist governments in these countries collapsed one by one with the dissolution of the Soviet Union on December 31, 1991. Finally, the whole of Eastern Europe had thrown off the shackles of totalitarianism and ushered in democracy.

For many of these countries, their admission into the European Union on the June 1, 2004 was the pinnacle of their journey from a communist one-party dictatorship to a recognized democracy within Europe. Many Eastern European countries, formerly members of the Warsaw Pact, now enjoyed the security of becoming a member of NATO. The ceremony welcoming the eight countries in Eastern Europe (along with Malta and Cyprus) to the European Union was held in Dublin during Ireland’s presidency of the European Commission. It is fitting that Ireland marks the 70th anniversary of peace in Europe with this silver coin, which is also part of the EUROPA silver star programme. 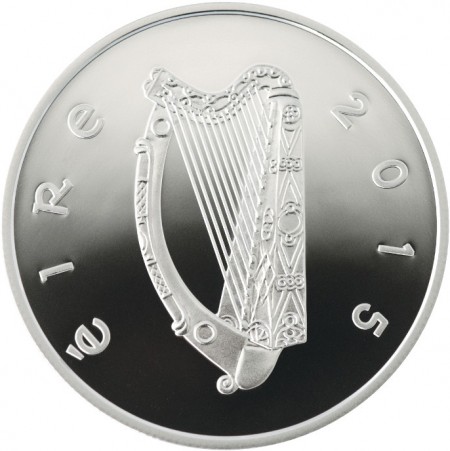 The coin, designed by Michael Guilfoyle and produced by the Mint of Austria on behalf of the Central Bank of Ireland, includes stylized representations of the dove, an internationally recognized symbol of peace. The doves are seen as a group of three carrying an olive branch and arranged in a circular design. Their depiction also incorporates a Celtic theme and commemorative text in Gaelic around the primary design. The EUROPA star insignia appears on the reverse and can be seen just to the lower left. The denomination of “10 EURO” is placed below the primary design. A harp, the national insignia of Ireland, is seen on the obverse, along with the year of issue and the country’s name in Gaelic on either side.

The Central Bank of Ireland will be accepting pre-orders for this coin only from October 6 for dispatch after the official launch of the coin on October 27 in Dublin. For more information on this and other coins offered by the Central Bank of Ireland, please visit their Web site. Information is offered in English, with international orders dispatched where applicable.