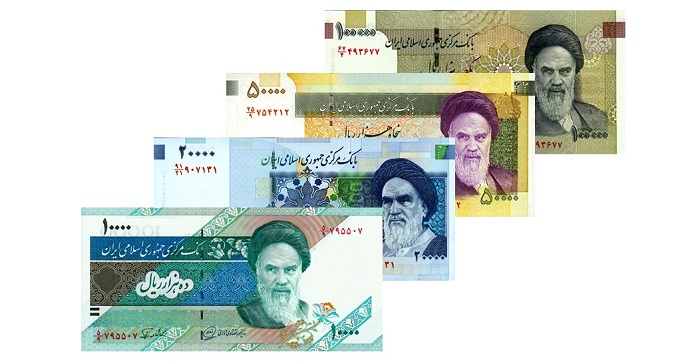 The government of the Islamic Republic of Iran has voted (31st July) to approve a plan which will see the beleaguered currency have four digits removed from its monetary structure. Currently, the Iranian rial trades in markets at 120,000 to one U.S. dollar, though the Central Bank of Iran’s official exchange rate is 42,000.

If the government’s plan is carried out, this rate would be recalculated to 12 rials (1.2 tomans) equaling one dollar. As part of the plan to revise the Iranian economy and currency, which was first proposed in December 2016, the government plan includes changing the name of the currency to the toman — a traditional unit of currency in Iran. Iranians have long been re-calculated their currency for cash transactions as a measure to simplify paperwork and using the term “toman,” in order to denote the currency was re-calculated. For foreign visitors, encountering the use of the toman and the reduction of four zeros on displayed market prices is often confusing. Before the government took measures by arresting and seizing the bank accounts of unauthorised or unlicensed currency dealers, long lines of people were seen outside exchange offices trying to exchange their increasingly valueless rials. Speculating on the currency was also made illegal by the Iranian government.

As the Iranian rial hits record lows in terms of its exchange, government spokesman Ali Rabiei announced the measures by confirming:

The cabinet today agreed on a bill to eliminate four zeros from the currency and that “toman” will be our national currency.

Rabiei further added that the reintroduction of the Toman would be more in line with common practice in Iranian society, as the rial is not used that much. Circulation coins have all but disappeared from the pockets of Iranians. The largest banknote in circulation is the 100,000-rial banknote, and with an unofficial exchange value of 85 U.S. cents, significant quantities of banknotes are needed in order to carry out even the most straightforward cash transactions. Those with debit bank cards prefer the convenience of electronic transactions, but the use of this technology often does not extend to smaller market or street vendors. In 2008, the Central Bank of Iran also began issuing “Iran cheques,” which are issued in the form of a typical banknote and in denominations of 500,000 and 1,000,000-rial denominations which are, for all intents and purposes, treated as currency notes.

The value of the Iranian rial has hit low after record low since last year, and the currency had been trading at about 37,000 to the dollar three years ago. It since slumped to around 180,000 last year due to a combination of economic sanctions imposed by the United States to renegotiate the nuclear missile treaty. The U.S. government announced they would unilaterally withdraw from the 2015 Iran nuclear deal and re-impose sanctions until Tehran agrees to give up the production of uranium enrichment strong enough for use in the development of nuclear-capable intercontinental ballistic missiles.

The Iranian government has now acknowledged the critical situation which is plaguing their economy with its latest move approved by the council of ministers, headed by President Hassan Rouhani. The recommendation will now need to be forwarded to parliament, but final approval will be made by the Guardian Council, which vets legislation before it takes effect. The toman, a traditional mode of currency for Iran, was replaced in 1932 in favour of the rial. It is expected that the Central Bank will structure the Toman to be divided into 100 rials (currently, the ratio is 10 rials). The Central Bank would also introduce circulation coins once again, as well as newly designed banknotes.

As a result of international sanctions and lower oil prices, the International Monetary Fund has forecast that Iran’s economy may shrink by six percent, also citing rising instability in the Middle East. For additional information about the current series of banknotes in circulation, please visit the website of the Central Bank of Iran.