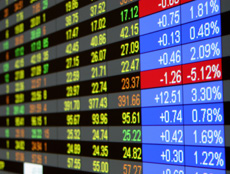 As reported by Bloomberg two days ago, the British Serious Fraud Office has started an investigation into the marketing practices of the Exchange Traded Fund (ETF) markets. Although there are a large number of ETFs that cover a wide variety of markets, the gold and silver ETFs exert significant influence in the precious metals markets.

In fact, the SPDR Gold Shares ETF (GLD) has a recent market value of more than $60 billion, making it the second largest of all exchange traded funds. The iShares Silver Trust (SLV) has a market value of more than $12 billion, which makes it also one of the 20 largest value ETFs. The amount of physical gold and silver theoretically in the vaults of these ETFs would be enough to significantly affect prices of those markets.

Exchange traded funds are products that are listed on exchanges as a convenient way to trade stock market indices, commodities, bonds, and currencies. In theory, these funds hold assets that mirror the performance of the underlying assets. Gold and silver ETFs accomplish this by owning the physical metals equivalent to the value of the respective funds. Since ETFs are listed on exchanges, they can be traded throughout the day just like stocks rather than only once a day such as many mutual funds. They are popular gold and silver investment vehicles because they permit smaller investors to get into the markets compared to the costs to purchase commodity contracts.

However, ETFs do have their drawbacks. Terry Smith, the chief executive officer of London-based inter-dealer broker Bulett Prebon PLC noted that some ETFs fail to track changes in value of the underlying assets, are vulnerable to manipulative short-selling, and have the potential to go bankrupt. He said he is concerned about “people buying things they don’t understand, complex structures, synthetic structures with counterparty risk, and huge short selling without enough assets in the underlying ETF.”

The Serious Fraud Office is investigating ETFs because they have similar characteristics to the collateralized debt obligations (CDOs) that helped sparked the financial meltdown in 2008. It is possible that the quality of the underlying assets in ETFs may be unclear. The risk also exists that an ETF may sell assets that are being heavily sold short. Thus far, no specific companies or products have been targeted in the investigation.

For China to become a more important part of the global market for trading precious metals, it will need to develop popular exchanges. Thus far, the largest markets for trading gold and silver commodities are in London, New York, Zurich, and Tokyo. Shanghai is developing its gold exchange, which could become a major center in the future.

An intriguing development in Kunming, China (population 6 million) could have a huge impact on gold and silver markets in the near future. At the end of March, the Pan Asia Gold Exchange (PAGE) was organized there after receiving approval from the Yunnan Provincial Government. It celebrated its official inauguration ceremony on June 29.

Multiple Chinese government state-operated-enterprises are shareholders of PAGE. It also has the support of the People’s Bank of China, Beijing Gold Exchange, and the State Administration of Foreign Exchange. The feature that could have a quick impact is that all 320 million retail and 2.7 million corporate customers of Agricultural Bank of China will be able to trade online mini-contracts of 10 ounces of gold or 500 ounces of silver. Unlike gold contracts traded elsewhere in the world in US dollars, these contracts will be priced in the Chinese renminbi yuan. The Exchange will have a daily fix at 8:00 AM Beijing time.

Remember, the Chinese government is aggressively campaigning for its citizens to purchase gold. If just 1% of Agricultural Bank of China’s customers purchased one gold contract, that would absorb almost 5% of annual global gold mine production.

The Exchange is also expected to gain further prominence when it begins international trading of Chinese currency contracts by the end of 2011.

It is difficult to forecast the coming impact of the Pan Asia Gold Exchange. There is the potential that it could pull significant volume away from the London Bullion Exchange and New York COMEX markets. At the minimum, it may have little effect on precious metals prices. But there is a real possibility that PAGE could contribute to a surge in demand for physical gold and silver, with resulting major increases in prices. Stay tuned for developments.