Michael Alexander of the London Banknote and Monetary Research Centre talks to Federico Pastrone, Manager – Director of Editions Gadoury and organizer of Monte Carlo’s premier coin show & auctions and discovers the many reasons to explore this great numismatic venue. 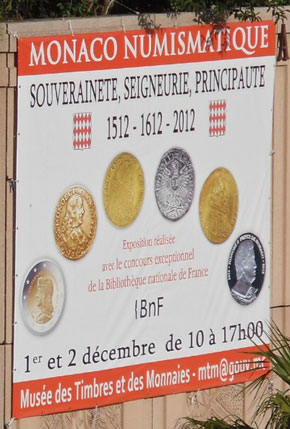 Many of our readers have at one time or another attended the World Money Fair in Berlin, the New York International coin convention, the exceptional the ANA conventions, or the Singapore or Hong Kong coin expositions and have had great things to say and remember about these outstanding conventions and locations. Recently, I had the chance to attend and speak to the organizer of the “Monaco Numismatique” show, a lesser known but surprisingly good show for a variety of reasons.

First, the show was in conjunction with an exceptional exhibition held this year at the Musee des Timbres et des Monnaies, Monaco’s very fine Museum of Stamps and Coins originally established under the patronage of the late Prince Ranier III in 1997. The Museum had on display for an exclusive two-day run, many rare and one-of-a-kind items which focused on the principality’s foundation and highlighted two very important anniversaries in their history – Entitled “Souverainete, Seigneurie, Principaute – 1512 1612 2012”, the exclusive exhibition included the actual Letters Patent issued on the 20th February 1512 & signed by King Louis XII himself recognizing Monaco’s sovereignty – effectively acknowledging the Principality’s independence – before even being designated a Principality. It was certainly the main attraction along with Monaco’s very first coins first issued in 1640 and struck in the Prince’s own Royal Palace.

Second, While attending “Monaco Numismatique” and viewing the exhibition at the MTM – interested collectors were accorded the chance to purchase the limited edition coins which were officially issued on the day, that of the €10 and €2 coins which celebrated the 500th anniversary of Monaco’s right to coin its own currency recognized in 1512 (€2 coin) and… the 400th anniversary of the title “Sovereign Prince” first being utilized by the then-Lord of Monaco in 1612 (€10 silver proof coin).

Third, an excellent auction was also organized concurrently with the show’s date that included an array of ancient, Byzantine, Monegasque and foreign coins. More than 700 lots went under the hammer, including 100 lots of Monegasque coins ranging in date from 1640 to 1974. Some attendees commented that some noteworthy bargains were had by some lucky buyers as well as some surprising prices realized well over their reserve. 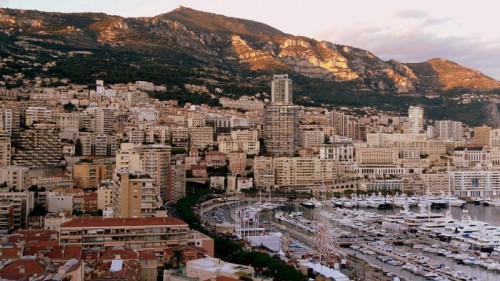 Fourth… it would be impossible not to mention the splendid location that is the South of France and Monte Carlo itself. Amid the luxury penthouses, yachts, glitzy shopping, glamor, Maserati’s, famous faces and casinos, there was an oasis of numismatic activity which is simply available to everyone willing to “venture down” to the cote d’Azur international airport in Nice (difficult to ask, I know) and shuttle yourself to direct to Monte Carlo for two days of enjoyable coin-collecting activity. Make note of next year’s date, the information is at the end of my interview!

MA: I attended the “Monaco Numismatique” Show in 2008 and I was pleasantly impressed with both the beautiful location and varied list of dealers, including the high quality of coins on offer, can you tell our readers when the Monte Carlo show began? 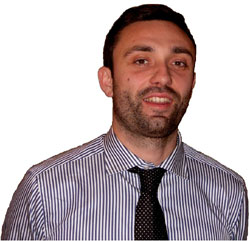 FP: Originally, The ‘Association Numismatique de Monaco’ had been organizing coin shows since the late 1970’s. However, only since 2008 have the Editions Gadoury been active with this popular show which I know you first attended yourself. Being members of the most important numismatic associations (IANP, SNENNP, NIP, BDM) and part of the ‘Commission Consultative des Collections Philatélique et Numismatique de S.A.S le Prince Souverain’, we were asked to lend our knowledge of coin collecting activity and organizing experience to this show. Promoting the show such as your article will do, I’m sure we will become even more popular with collectors and dealers alike.

MA: How many dealers are attending this year’s show and about how many countries will be represented by dealer?

FP: This year’s show, we’re really pleased to say that around 100 dealers participated with around 15 countries being represented mainly from the European Union and also the United States. The participation of so many dealers this time around means that it’s the largest amount of participation for the “Monaco Numismatique” so far which we hope to better those numbers for next year.

MA: Can you tell me how many collectors usually attend the show and do you think there might be a misconception by collectors that the Monte Carlo Show might be beyond their budget because of the glamorous location and Monte Carlo’s reputation as a destination for the wealthy?

FP: These numbers have been very easy to calculate, combined with our own tally of entrants and, considering the €10 and €2 coins sold from the Museum on the day and before our show we believe more than 1000 collectors walked through our doors. We even observed many new collectors from Asia also visited our show which was a nice surprise. Regarding the misconception you mention, perhaps there is a feeling that Monaco is either too expensive or it’s too remote to get to, but with our regular collectors who have been attending this show for several years, especially Italy, France and Germany, they know Monaco & Monte Carlo much more and keep returning. Recently, there has been a greater campaign from the Monaco Tourist Association which has been looking to increase tourists to our principality, with this activity and higher international profile, I believe it will naturally generate further interest in Monaco which will be a bonus for our show. Monaco and Monte Carlo is surprisingly easy to get to and accommodation just over the border is very reasonable.

MA: What outstanding feature do you think this show has above any of the other more well-known shows on the circuit?

FP: For this year’s show? That’s an easy question to answer, First of all Monaco issued two important coins marking historical anniversaries for the Principality which gave interested collector’s the chance to buy them one day before our show and, on the day itself. We know that many collectors took the opportunity to do so – buying them for the issue price. As far as dealers are concerned, I think it was our auction which we organized the day before the actual show. The auction gave them the chance to see and buy important ancient & Monegasque coins as well as other choice coins from all over the World. I would also be remiss if I didn’t mention our beautiful surroundings here in Monte Carlo itself. Combined, it works together very well, especially for this year’s show. 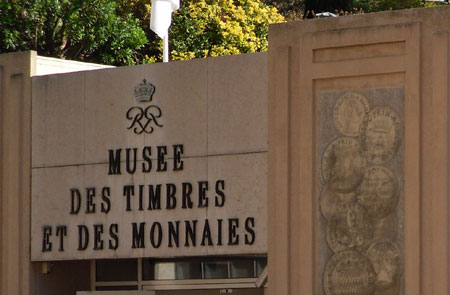 MA: Monagasque coins have been rather popular with collectors for many years but, more recently, there has been an overwhelmingly greater demand for their coins since their inclusion in the EURO, why do you think this is the current situation with the coins of Monaco?

FP: The EU and EURO-zone itself has generated so much interest in modern coins of many different countries within the single currency. Therefore people, who used to collect only coins from their own countries perhaps, are now building collections with EURO examples of every European country. Since Monaco has a very small population and the coins issued within the EURO-zone are designated according to that population, therefore we have some of the smallest mintage figures – and Monegasque coins are the most difficult to find, usually they are more expensive but the most searched for in change and of course, the commemorative issues are very difficult to come by sometimes. I think the secondary market will also back up my comments, just last year, the silver wedding coin of Prince Albert II has gained in value up to three times its original issue price.

MA: As a coin company based here in Monte Carlo, I would imagine you might have an insight into the upcoming coins to be issued by the Treasury, can you tell our readers what to look out for in the coming months?

FP: It is always difficult to know exactly, however we believe that a complete coin set might be issued for 2013. The best way for your readers to keep with the latest Monegasque issues should register their details at www.gadoury.com and when we know exactly what will be issued from the Treasury, we will send a newsletter in advance and inform about the new products as well as offering the possibility to buy them with preferential prices.

MA: Lastly, there is also an Auction connected with the Show on Sunday, were there any surprises with regard to price that even amazed your office and if so, what coin or coins demanded a much greater price than anticipated?

FP: Our auction  held usually the day before the coin show and usually on the Saturday, had some great results on roman gold aurei, Monaco silver Ecus, and rare gold world Coins. There was greater interest in some of the Monegasque coins due to the two anniversaries observed this year and there were some excellent examples included this year. A Monegasque ½ ecu dated 1654 with a reserve of €10,000 was sold for €16,000, well over that reserve and another example dated 1655 was sold for €12,000 with a reserve of €8,000. The auction was held at the well-known Fairmont hotel and was well attended – with all 700 or so lots going under the hammer in just a couple of hours.

MA: I can say without reservation that I had a great time attending this year and hope to do so again in the very near future. Federico Pastrone, commercial Director of Editions Gadoury, Monte Carlo thank you very much for your time today.

FP: You’re very welcome, thank you for your support of Monaco Numismatique!

The next Monaco Numismatique show is scheduled for the 23rd & 24th November 2013, for further information, please visit the website of Editions Gadoury at: www.gadoury.com and make plans to treat yourself to a visit to the Cote d’Azur and an outstanding coin show on the circuit.