On September 23rd, 2014, Dr. Herman Viola was sworn in as the newest member of the Citizens Coinage Advisory Committee (CCAC). He is a curator emeritus at the Smithsonian Institution’s National Museum of American History. Prior to his retirement in 1994, he was director of Quincentenary Programs at the National Museum of Natural History. During his tenure, he organized two major exhibitions: “Magnificent Voyagers,” which told the story of the U.S. Exploring Expedition that was conducted from 1838 to 1842, and “Seeds of Change,” which focused on the exchange of plants, animals, and diseases between the Old and the New Worlds as a result of the Christopher Columbus voyages. He received his Ph.D. in American history from Indiana University and his Bachelor of Arts and Master of Arts from Marquette University. He is a member of Phi Beta Kappa and has received numerous professional and scholarly awards, including a Merit Award from Marquette University and an honorary doctor of letters degree from Wittenberg University.

Dr. Viola agreed to answer questions regarding about his numismatic background and his opinions regarding the U.S. Mint and the CCAC; he chose to answer my question in a narrative form. 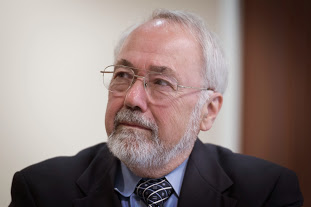 Although I no longer collect coins, I did so as a youngster. The first coins in my collection were silver dollars given me by my uncle, my dad’s brother, who had the last horse drawn fruit wagon in Chicago. He stabled the horse in a garage in the Loop. At the time my family lived in Milwaukee and every few weeks Uncle Louis, who remained a bachelor all his life, would leave his horse in the care of a neighbor to visit us to enjoy some good home cooking and to share a brew or two with his brother. But whenever Uncle Louis appeared he would always give my sister and me a couple of silver dollars as presents. I never spent them and so over the years I assembled a nice collection. Naturally, that led to my collecting other coins like pennies, nickels, dimes, and quarters, so like most youngsters of the post-World War II era I filled several shoe boxes with loose change and coin albums, which I still have.

As a child, I was a very asthmatic. I could not participate in sports and, growing up in the pre-television era, I spent much of my time reading. I loved books, especially books about American history. I kept this love through grade school, high school, and college where, at Marquette University, I majored in American history. My mentor at Marquette was the Reverend Francis Paul Prucha, S.J., one of America’s foremost historians of American Indian policy. Among his many books is Indian Peace Medals in American History. This is the definitive study of the silver medals given to American Indian leaders by the Presidents of the United States from George Washington to Benjamin Harrison. As Fr. Prucha’s student, I assisted in the research for this monumental treatise. The research began with a term paper Fr. Prucha assigned to me during my master’s program. The topic was Thomas L. McKenney, the person who started the Bureau of Indian Affairs. As Commissioner of Indian Affairs, McKenney oversaw the design and production of the presidential medals given to Indian leaders by presidents James Monroe, J.Q. Adams, and Andrew Jackson. Known as “peace medals” because of the clasped hands of friendship on the reverse, these were essential for conducting official business with the Indian tribes in the early 19th century. As one historian noted, “the history of American Indian policy is written in these medals.”

In short, my term paper topic became the topic of my master’s thesis, my doctoral dissertation, and my first book, a biography of McKenney. I have a special interest in medals, therefore, especially presidential medals.

My interest in becoming a member of the CCAC began some ten years ago when I assisted the education staff at the Mint with developing supplementary educational materials for the Lewis and Clark bicentennial nickels. The Lewis and Clark Expedition is one of my special interests. I not only have several publications relating to the Corps of Discovery, but for about twenty years I led a study tour on horseback over the Lolo Trail, following the route the explorers used in crossing the Bitterroot Mountains of northern Idaho.

Helping the education staff gave me a peek at how the Mint operates and the process by which our coins and medals are chosen and designed. It whetted my appetite to become more involved. The opportunity seemed to present itself when I learned that the CCAC was seeking a historian so I applied. As I expected, the opening attracted a number of applicants but only three, including me, were interviewed. Needless to say, I was thrilled at my selection.

Besides helping with the historical questions that sometimes need to be resolved in the selection and design of the coins and medals that challenge the committee, I think I can provide a perspective not usually found on such committees. I have researched and written on a broad variety of subjects relating to American history. For example, besides writing the 50th anniversary history of the National Archives, my publications include books on exploration, art, the Civil War, and American Indians. In fact, I have close ties to the native community thanks to an intern program I started in 1972 at the Smithsonian to assist Indians in becoming historians, librarians, and archivists. At the present time I am a curator Emeritus at the National Museum of the American Indian at the Smithsonian.

I also feel uniquely qualified to provide assistance with the Mint’s education mandate. I have written two social studies textbooks for elementary and middle schools and I have been active in the National Social Studies Association and the National Social Studies Supervisor’s Association, which awarded me its first annual merit award in 2013. In addition, as a curator emeritus, I lecture on a regular basis to educators across the country for the Smithsonian whose motto is “Diffusion of Knowledge.”