The latest interview published on Coin Update News is with Douglas Mudd. He served as the manager of the National Numismatic Collection at the Smithsonian Institution. He is currently the curator of the American Numismatic Association’s Edward C. Rochette Money Museum.

As the son of an American diplomat, you spent your early years moving from country to country. How did you get involved with numismatics?

Douglas Mudd: My father was a collector of Spanish Colonial and ancient coins – so I was always exposed to coins from a very early age.  By the time I was ten, when we were in Bolivia, I would accompany my dad as he visited the various coin dealers that he knew – that was when I acquired my first coin, a Spanish quartillo.  Later, when we lived in Syria, I collected a few ancient Roman coins and contemporary Syrian, Egyptian and Lebanese coins.

You received your BA at the College of William and Mary. How did you come to work at the Smithsonian?

DM: I graduated from W&M in 1985 and applied for a position at the Smithsonian as a Temporary Museum Technician with the MOVE project at the National Museum of Natural History.  I worked there for three years packing, moving, cleaning and recording all sorts of collections from botany to mineralogy.  It was a great way to learn about museums and museum collections!

DM: It was fantastic – I was really spoiled by the number and quality of the objects in the collection.  From the DuPont/Michaelovich collection of Russian coins and medals to the amazing Chase Manhattan collection and the US Mint cabinet, the National Numismatic collection is just full of rare and historically invaluable items – each of which was waiting for its story to be told!  There was some frustration also – it was very difficult to get exhibits done since each idea (no matter how small) had to go through a lengthy review and approval process and then had to wait for the availability of a designer and a fabricator from the exhibits department.  The really frustrating part was not having the time to really get to research the collection – I was able to do a little at a time, and being the photographer (another hat I wore while working at NNC), I did get to work with a large part of the collection over the years (over 8,000 slides alone!). 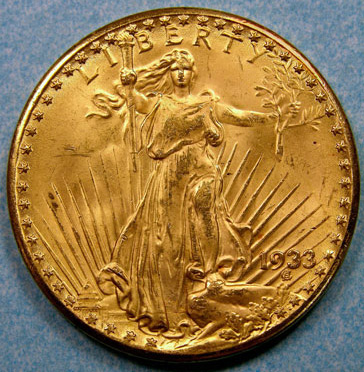 At the Smithsonian, you were responsible for the care, storage and security of 1.6 million items in the numismatic collection. What kind of planning goes into maintaining the integrity of the rarest numismatic items in existence?

DM: Quite a bit!  The planning ranges from how to categorize and organize the objects to how to store them and complete periodic checks.  With 128 coin cabinets, each with 80 drawers capable of holding up to 80 dollar-size coins – not to mention the storage for the paper money collection (over 2000 linear feet of shelving!), there is a lot to do just to keep track of everything.  Some areas are easy to organize, based on how other numismatic museums and collectors organize their collections – others are not so easy – especially items like medals, where there is no standard way to organize all medals.

What goes into creating an awe-inspiring numismatic exhibit?

DM: To start with, you need a theme – without it, even the greatest objects cannot make an exhibit great.  It helps to have amazing objects to work with, whether they are amazing due to their rarity or value, or because of the stories they can tell through their imagery and verbiage.  The biggest problem in creating an exhibit (to me) is how to tell an interesting and historically accurate story in an extremely limited space – how do you say something meaningful about Abraham Lincoln in 125 words?!  Or the origins of money?  The key is to stick to your theme and be as precise and concise as possible in your writing.  The next most important element in a great exhibit is to have a great designer (I have been extremely lucky at the ANA to be able to work with Leslie Wigington – the best designer I have had the privilege to work with!) and, for numismatic exhibits, great images of the objects – coins are small, and it helps if you can use blow-ups of them to highlight their beauty.

With the dominance of the internet and its increasing digital capabilities, do you think there is a threat to “physical” museums and exhibits?

DM: No – people will always want to see the real thing in person, especially in the case of interactive museums where you can also touch the objects.   I do not see museums and the internet as competing – the internet actually vastly expands the ability of museums to reach audiences through virtual exhibits.  People who would never otherwise get a chance to see a particular museum or exhibit now get the chance.  Digital exhibits are a great thing for numismatics because they allow you to see objects at many times their actual size – but they also give a distorted view of them since they are not viewed at actual size – the bests of both worlds is to combine digital presentations with physical exhibits.

In 2004, you joined the staff of the American Numismatic Association as the curator of the Edward C. Rochette Money Museum. What was making the move to a considerably smaller museum like?

DM: There is definitely a major difference when moving from a museum like the Smithsonian Institution with thousands of employees to a small museum like the Edward C. Rochette Money Museum, but not as big as you might suppose.  Even in large museums, most departments are relatively small and often work fairly independently.  The big difference is that at a small museum you will be doing multiple tasks and have fewer resources – conversely, you will not have to go through as many layers of bureaucracy to get things done!  At the ANA we can get a single case exhibit done in a week from start to finish – at the Smithsonian the same case might take six months…

You are an esteemed author and in your article, “Plastic Cash: A History of Money and the Credit Card in America,” you talk about the future of our currency. Do you think we will ever experience a completely “electronic” society?

DM: Not any time soon – human nature being what it is, there will still be plenty of transactions that will require cash for the foreseeable future either for reasons of privacy, or to skirt the law, or simply because the transaction is too small to warrant the expense of completing an electronic paper trail (such as at flea markets).  A major overriding reason that coins and paper currency will not disappear anytime soon is that governments make a huge profit in producing currency.  The U.S. makes a 93 cent profit on every dollar bill it prints!  Not until governments can find a way to make an equivalent profit off of electronic transactions will they stop producing currency.  (Right now, the banks are making the profits…)

What has been your most momentous moment in your career?

DM: Difficult question… I have had the privilege of dealing with some very accomplished and famous people and objects in my career so far, but I guess the most momentous moment for me was the publication of my book “All the Money in the World” in 2006.  It was pretty amazing to see my name in print as the author of such a beautifully produced book!