Coin Update News is pleased to present the first in a series of interviews with dealers, designers, and other important figures in numismatics conducted by new contributor Erik Schefler. The first interview is with Daniel Carr, who designed the New York and Rhode Island State Quarters and owns Designs Computed, LLC and Moonlight Mint.

You have a very unique profession, minting your own tokens and medallions. How did you get into this profession?

Daniel Carr: I’ve always been interested in coins, since I was 14 or so. I achieved a B.S. degree in Mechanical Engineering, and I liked doing art work as a hobby.   Put the three together and you get minting.

In 2007, you acquired a Grabener Coin Press, which was restored and is now used to strike the pieces that you design. What was that whole experience like?

DC: I had already been doing design and engraving for a while. I consider that to be the hardest part of the minting process to do well. I figured since I was already doing the hard part, I may as well do the “easy” part as well. So I started looking for a coin press – and a place to put one. I saw the Grabener press and knew that it was the one I wanted because of the Denver Mint heritage. It was offered to me on approval. But I still had to take a substantial risk in footing the bill to have it transported and set up, without even knowing if it worked. As it turns out, other than actually moving the machine, I ended up doing all the setup work, restoration, and most of all, debugging to get it operational. At first, half the time I spent was more of a “treasure hunt” looking for coin blanks and other interesting items hidden in the press and among the spare parts.   After finally getting it working, I found that stamping coins wasn’t so easy. Perhaps not has hard as fine engraving, but not easy. I can say from experience that it is a lot easier to make an error coin than it is a normal coin because so many things can go wrong. 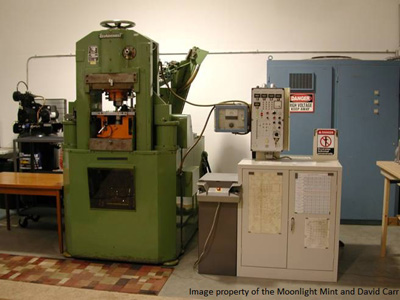 How do you get from the design phase to the minting phase?

DC: I start with a drawing. I scan the drawing into a digital image. I import the image into a digital sculpting program that I wrote.   My program converts image brightness into relief surface height.   So initially, there is a flat surface with ridges where the drawing lines were.   Then comes the hard part – filling out the relief to create a suitable digital sculpture.   My program then outputs the control file to guide a computer-controlled milling/engraving machine through the cutting motions.   The control file contains millions of 3-dimensional coordinates for the cutter path.   Initially, I started cutting 8-inch black acrylic “galvanos”, which I then sent out to be mounted on a reduction lathe to cut dies.   Then later, after some experimentation, I started cutting die steel myself.   So now I go directly from digital to die, with no other intermediate steps.

You design and mint numerous different coins and fantasy pieces. Where does the inspiration for the designs come from?

DC:I think like a coin collector.   Inspiration comes from what I think would be interesting as a collector.   I make things that I want.   So I usually end up keeping one or more of each item I make to add to my own collection. 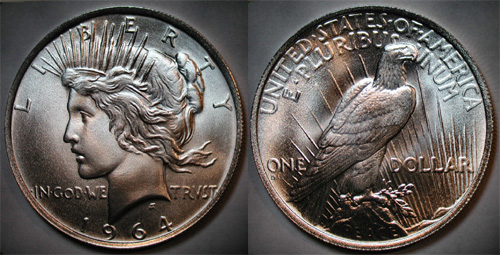 Your designs were selected to be used on the New York and Rhode Island State Quarters. What goes through your head every time you see one of the coins in change?

DC: I think about how many people have seen and handled that particular coin.   99.9% of them probably don’t give a second thought about who designed it or why.   Sometimes I say, “Hey, one of my quarters!”, and the cashier will look at me funny or ask what I’m talking about.   And then I tell them I designed it and they say “Wow, neat,” but I know sometimes they are thinking this guy is full of it. 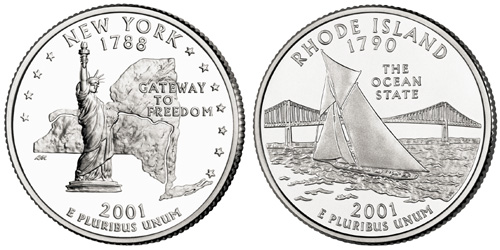 Your designs have been finalists for numerous United State coins. How do you feel when one of your designs is not chosen?

DC: I never expect to win, so it isn’t really much of a disappointment.   Now that I have a fully-functioning mint, if the design is not chosen, I can use elements of the design for other coins or medals – and sometimes that is better than winning outright.

You helped spark rumors of a new currency with your “Amero” coins. The coins ignited a lot of controversy and maybe even some concern. Before you conceived the “Amero” coin, did you ever think they would ignite so much controversy?

DC: No, the reaction was way beyond what I expected.   I hadn’t anticipated that a certain radio talk show host would make such a big deal about the official Amero proposals and my coins.   His statements were often false and inflammatory.   The resulting unintentional publicity was good for coin sales, however.   My intent with the coins was to make an interesting conversation piece that would get people to think about the potential future. 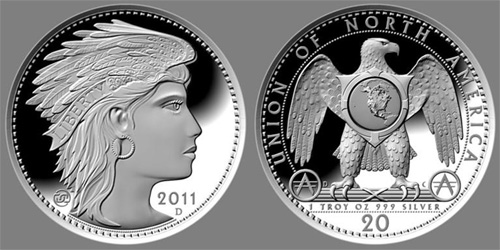 Out of all of your designs, which would you say is your favorite?

DC: At the moment, three come to mind  (in chronological order):
2006 Nikola Tesla Sesquicentennial medal;
2009 Prosperity Tree / Weed Money Hard Times Token;
2010 Feathered Liberty Head 20-Ameros.
But, in general, my favorite is often the next one I’m working on, whatever that might be. 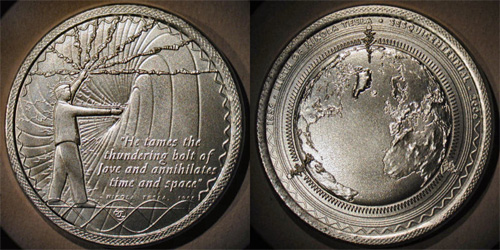 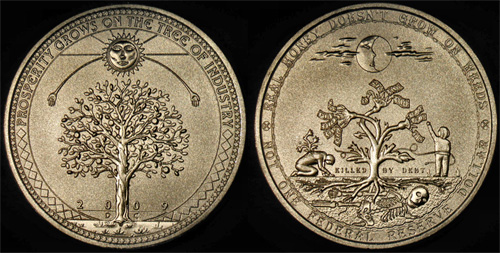 What are your thoughts on the current designs that are being used on the coins for the Presidential Dollar series?

DC: There is only so much you can do with facial portraits of older men, placed in a small rigid space.   I’m not a fan of making multiple designs that all have to conform to the same identical format.  To me it seems that most modern coin designs suffer from too much simplicity and lack of style.  Official design review groups such as the CFA and CCAC often call for “simpler” designs, which I think is wrong.   Inevitably, all the style seems to get stripped out of potential designs by the review process. I do, however, greatly prefer dollar coins over dollar bills, and I sometimes spend 20 or 30 one-dollar coins at a time.

What has been your proudest moment of your career?

All photos are provided courtesy of Daniel Carr.