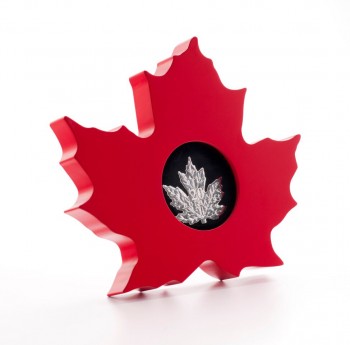 The Royal Canadian Mint has announced the issue of one of their most innovative coins of late: a maple leaf-shaped coin in honor of its iconic national symbol. 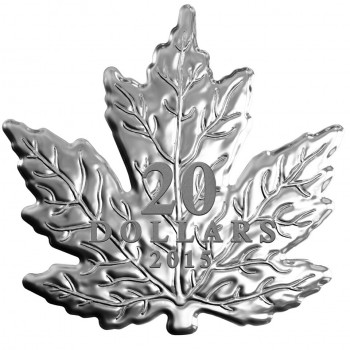 From the earliest numismatic beginnings of what was once referred to as British North America, Canada has included the maple leaf on most of its coins. Victorian coins utilized an intertwined ring of leaves around the reverse side of one-cent pieces; sprigs of the leaves sometimes supported the denominations on silver 5-, 10-, 25- and 50-cent coins as well.

The maple leaf image truly came into its own when, in 1937, the Royal Canadian Mint issued a one-cent coin featuring a sprig of two maple leaves, designed by famed artist George Kruger-Grey. This evocative symbol of Canada’s natural beauty attained far greater prominence when it was selected as the primary design feature for the Canadian flag in 1965. The maple leaf has been featured many times over the years on several coins, with a beautiful depiction appearing in 1982 on gold bullion and in 1988 on silver bullion pieces. 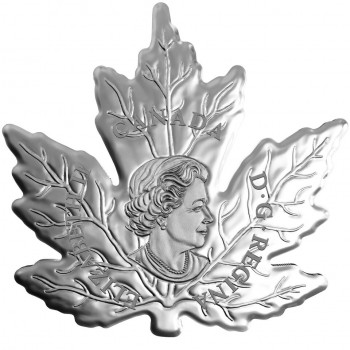 The new coin recreates the familiar shape of a maple leaf—specifically that of the silver maple species. The coin’s unique shape accentuates the palmate leaf’s beautifully serrated edges. The finely detailed engraving renders an intricate series of veins as they run through each of the leaf’s five blades. Different finishes bring added dimension to the design, enhancing the engraving and lending the leaf a bright natural appearance. The obverse also includes the familiar effigy of Queen Elizabeth II designed by Canadian artist Susanna Blunt and used on most Canadian coinage since 2003.

The coin is presented in a custom-designed red wooden case complete with a viewing window in the lid, allowing for this symbol of Canadian pride to be viewed any time. For more information on this and other coins offered by the Royal Canadian mint, please visit their Web site, which currently lists inventory for the 2015 Canadian Maple Leaf Fine Silver Coin as 92% sold out. Information is offered in English and French, with international orders dispatched where applicable.