Before a football game between the Fort Benning Doughboys and Columbus State University Cougars, the United States Mint and National Infantry Foundation unveiled the designs for the upcoming 2012 Infantry Solider Silver Dollar. A prototype of the coin was used by former Buffalo Bills head coach Marv Levy for the game’s coin toss.

The coins were authorized under Public Law 110-357, which requires the Secretary of the Treasury to mint and issue coins in commemoration of the legacy of the United States Army Infantry and the establishment of the National Infantry Museum and Solider Center. 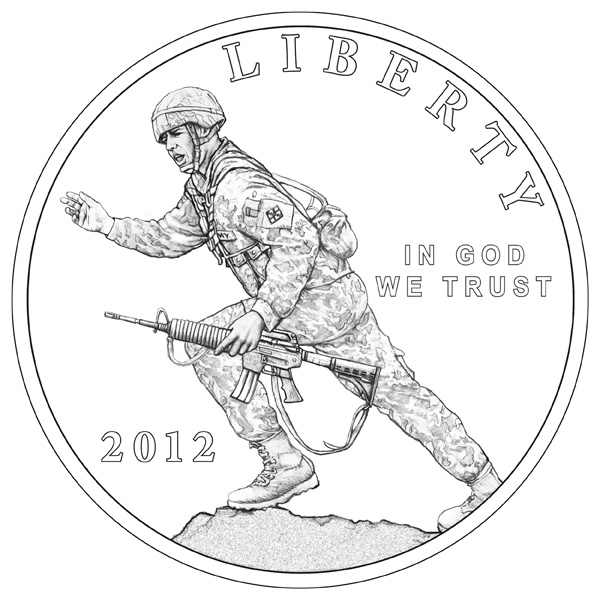 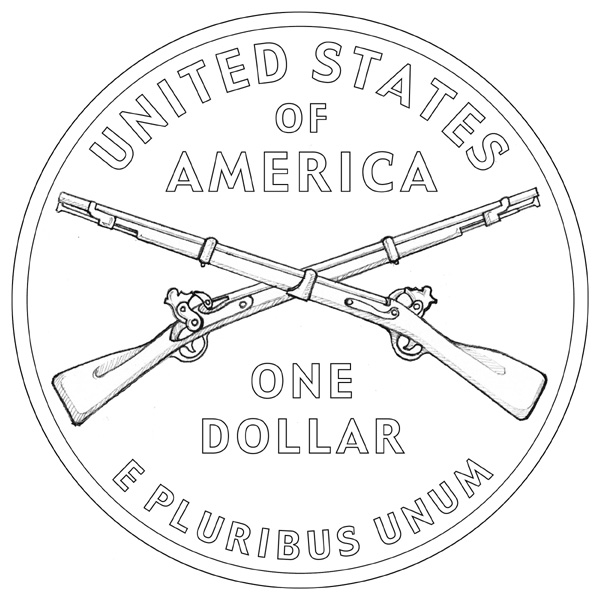 The obverse design of the silver dollars features a modern infantry solider charging forward and beckoning others to follow. This is intended to symbolize the “Follow Me” motto of the Infantry. On the reverse is the crossed rifles insignia, the branch insignia for the Infantry. The obverse was designed by Joel Iskowitz and sculpted by Michael Gaudioso, while the reverse was designed by Ronald D. Sanders and sculpted by Norman E. Nemeth.

Design selections were made by the United States Treasury of the Secretary. The Commission of Fine Arts (CFA) and the Citizens Coinage Advisory Committee (CCAC) each had the opportunity to review 12 different obverse and 7 different reverse design candidates earlier this year. The CFA’s two design recommendations were the same ones ultimately chosen. The CCAC offered two different recommendations.

Up to 350,000 of the 2012 Infantry Solider Silver Dollar commemorative coins will be produced by the United States Mint, with sales expected to begin in February 2012.