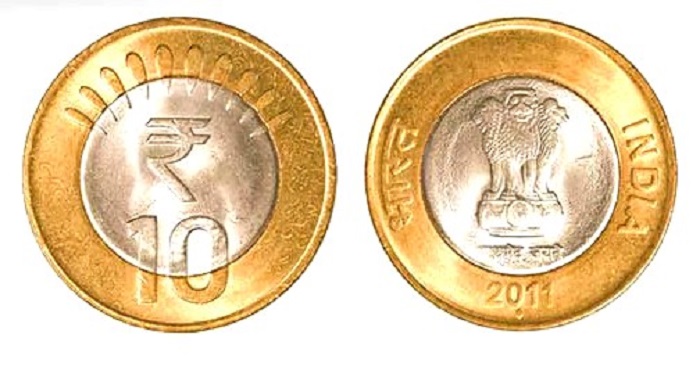 The Reserve Bank of India has responded to a shortage of 10-rupee coins with orders of smaller denomination coins to make up the difference in the money supply. Owing to a delay in the procurement of raw materials which are needed to mint the base metal bi-metallic coins, the Reserve bank had little option but to decrease their orders from the Security Printing & Minting Corporation of India (SPMCIL), which oversees the country’s four government minting units in Kolkata, Mumbai, Hyderabad, and Noida. This was done to adjust the entire circulation coin plan for India’s 2019 fiscal year and raise the demand for smaller denomination coins in lieu of the 10-rupee coins.

According to official documents supplied by the SPMCIL to the Reserve Bank, they were advised in August of this year about “unavoidable delays in procurement of Rs 5 and Rs 10-coin supplies,” and as a result, the order for the 10-rupee denomination would need to be halved, from four billion pieces to two billion pieces. During the 2018 fiscal year, a total of three billion 10-rupee coins had been ordered from the SPMCIL, but to date, only 760 million coins have been supplied. However, it is estimated by the Reserve Bank of India that over five billion 10-rupee coins are presently in circulation.

Consequently, the Reserve Bank of India has revised the other rupee-denominated coins in circulation in an effort to make up the shortfall of the 10-rupee coins as follows:


The four units under the authority of the SPMCIL have been advised to ask their technicians and employees to work 54 hours per week, instead of 44-48 hours from the 6th October to the 31st March 2019. The employees will also be eligible for overtime benefits and other allowances, according to an office memo posted by all four mints.

The shortfall of the largest value circulation coin in India follows the crisis of the supply of banknotes in late 2016 with the withdrawal of the previous series 500 and 1000-rupee banknotes and the introduction of a new 2000-rupee banknote denomination of the same time. The change in banknote supply caused havoc with retailers, post offices, and commercial banks that were unable to give change for the large denomination. The situation forced large and small vendors alike to subscribe to electronic methods of payment such as mobile-based payment systems and debit cards processed by mobile or satellite connection. 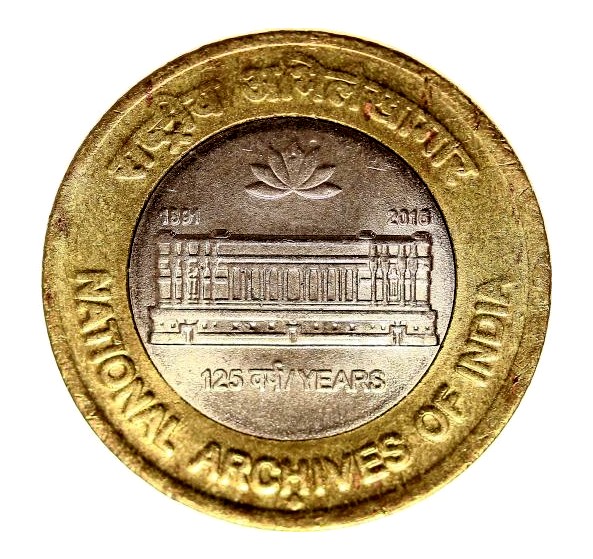 Reverse side of the 10-rupee coin issued in 2016 on the occasion of the 125th year anniversary of the country’s National Archives depository. Hover to zoom.

The central bank introduced the circulation-type bi-metallic 10-rupee coin in 2006 amid persistently high inflation and circulated this coin with banknotes of the same value. This coin denomination is often used for commemorative purposes with several coins issued since its introduction. A new-generation 10-rupee banknote within the Mahatma series featuring the Konark Sun Temple on the reverse was issued earlier this year.