In this post I challenge the conventional wisdom that coins slabbed by PCGS between 1986-89, in what we now call “old green holders,” are under-graded and therefore should bring higher prices. For example, the 1881-S Morgan dollar below has a rim mark on the cheek (which almost always assures MS62-63) with scruffs and hairlines from 6 to 9 o’clock on the obverse. It is not MS64 by today’s standards, although you may be asked to pay MS65 prices, merely because it is in an OGH. 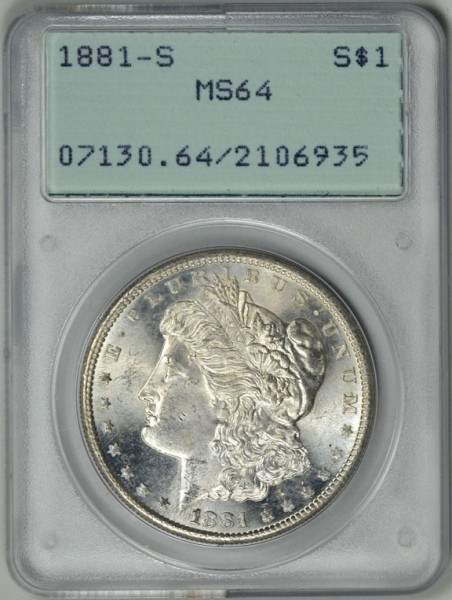 I am reluctant at times to purchase so-called “Rattlers” on the Internet where I cannot inspect them close up. There are a couple of explanations for this. One, which I cannot fact-check, is that the majority of coins in OGH actually were under-graded but those for the most part have long since been re-slabbed in attempts for higher grades, thus leaving the inconsistent grades that are the topic of this post. Another explanation, which appeals to common sense, is that David Hall in 1986, when PCGS was founded–promising consistent grades in durable holders that could trade sight-unseen–had founded the service, hired more graders as the service became popular, and a few of those graders just weren’t consistent as they are today.

You can do the same experiment with fatty NGC holders, believing those coins can be resubmitted for certain upgrades. Not really, again perhaps because the best already have been resubmitted or that its graders also were starting out and flubbed a few grades on the path to regular consistency.

I recently cracked open two coins from later generation PCGS green holders and submitted them to NGC. The 1884-O MS63 DMPL came back from NGC proof-like at the same grade and the 1879 MS61 DMPL came back MS62, again proof-like. 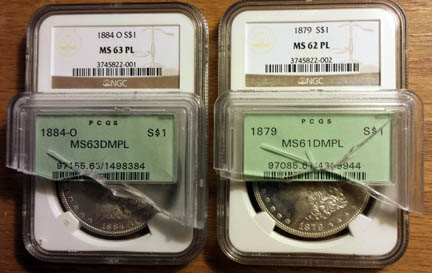 I know that inconsistencies still exist, of course. We all have evidence and tales. But the more one grades and becomes adept at submitting coins, the more one sees that both services are pretty true to their labels. We may be disappointed by a few grades, but we also can see the point if we know each company’s grading standards. We just would have erred on the higher side, is all.

Increasingly, though, I am becoming irked at eBayers selling Rattlers at retail prices for the next grade up. 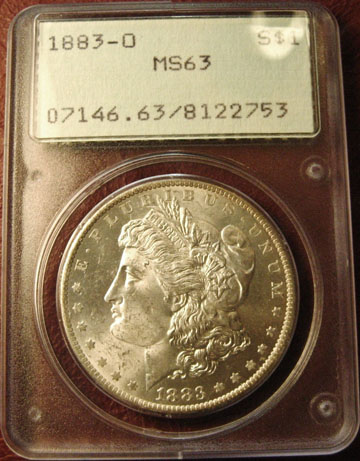 Here’s another overgraded 1882-S OGH Morgan at MS64 with a scratch on the cheek: 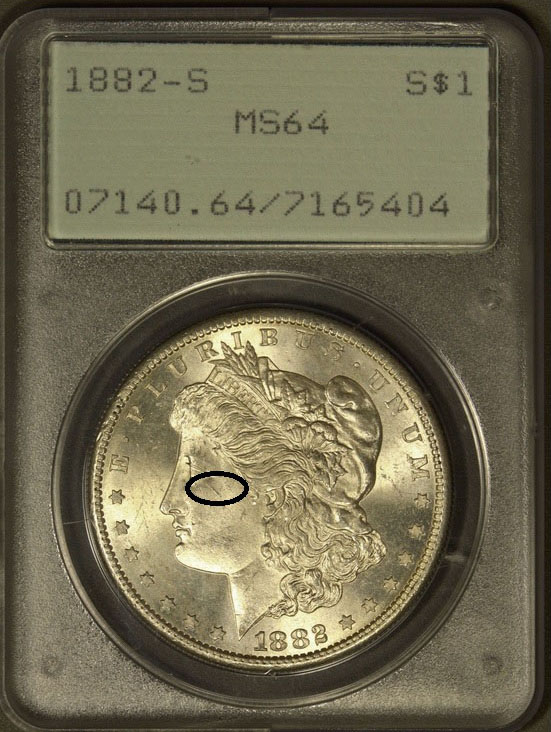 Here’s an 1904-O purported to be gem MS65 with scruff, hairlines and bagmarks: 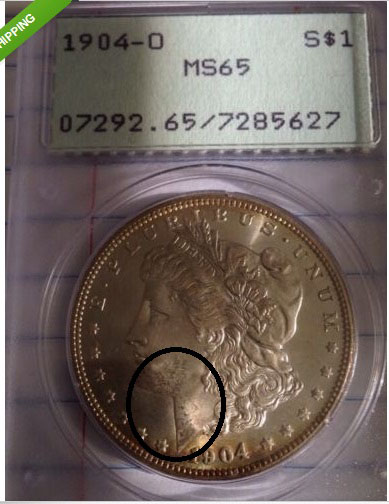 This one at MS63 looks cleaned: 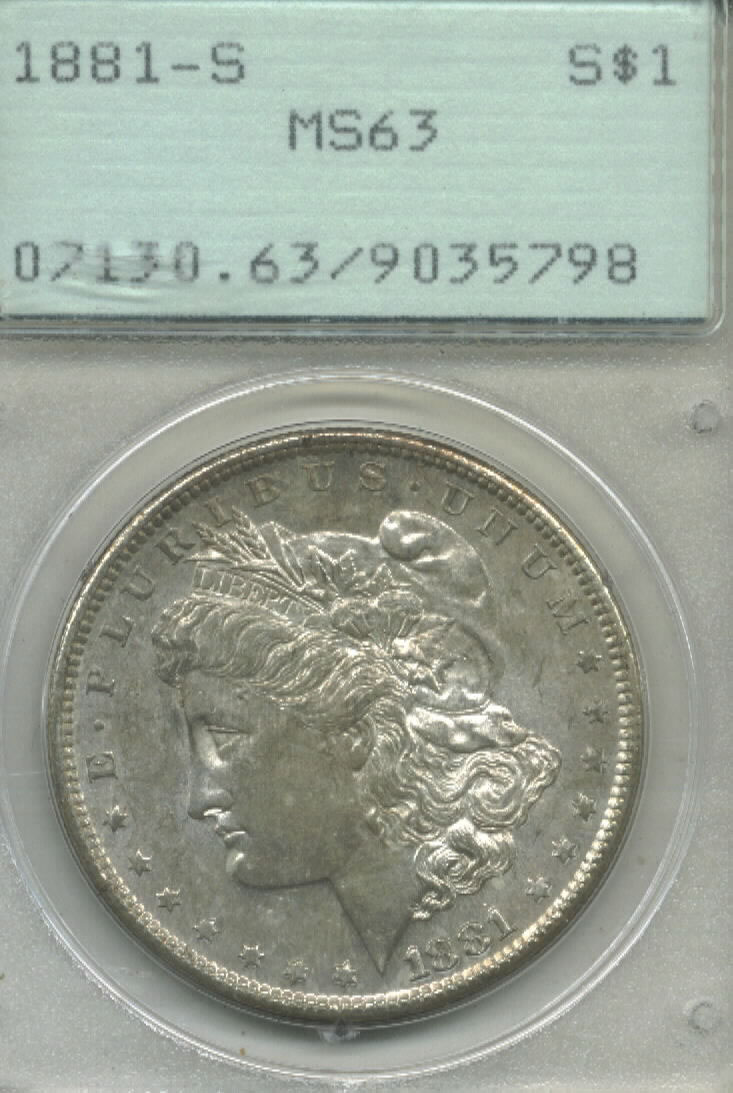 That is not to say that you can no longer find undergraded OGH coins. I’m bidding on one right now as I write, an 1897 MS63 that just might be gem (another example of inconsistency): 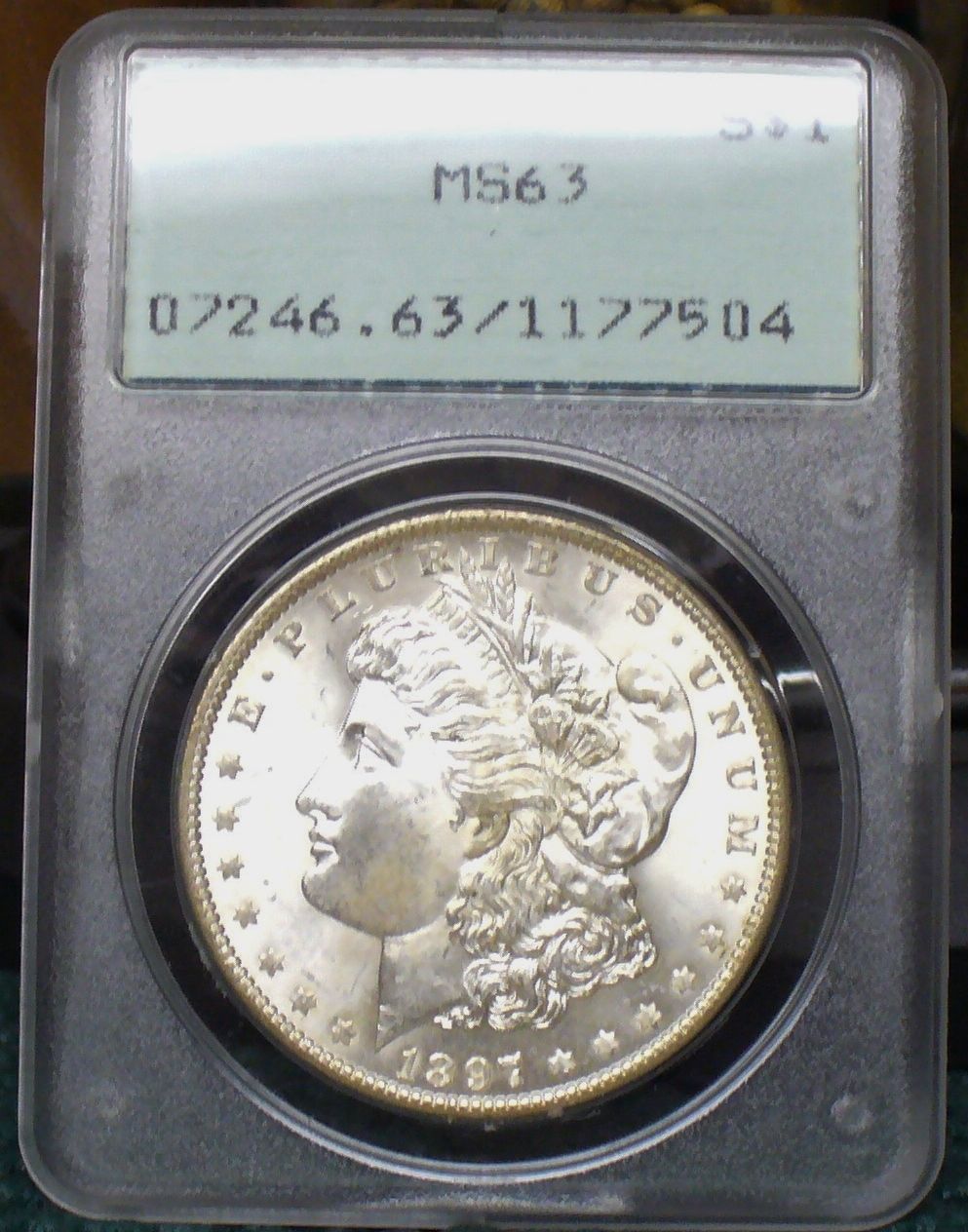 Before bidding on any OGH, make sure you view all of the photos and just not the holder. This ” Buy It Now” for $89 eBay coin looks gem: 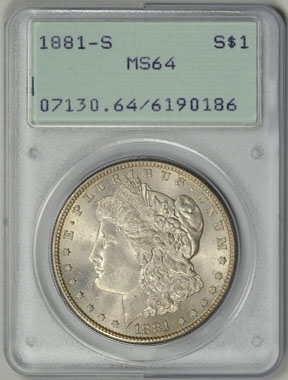 But not so much when you see the close-up: 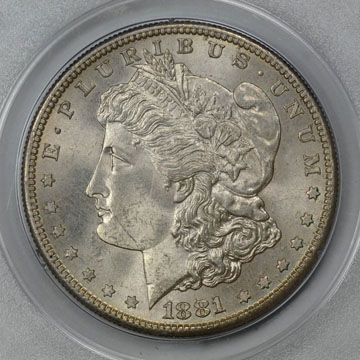 The MS64 is about right for this coin.

The point of this post is to learn how to grade rather than rely on coin book “tips,” long outdated, about buying coins in OGHs and then sending them in for an upgrade. You can learn about grading by reading each company’s standards, viewing hundreds of coins, and submitting them yourself. Here’s PCGS grading standards. Here’s NGC grading standards. I usually rely on PCGS Photograde Online.