This is a two-part article on how to spot mint state Franklin Half Dollars with full bell lines and proof issues with deep cameos. We provide a general guide at the top of each segment with photos and descriptions from online auctions offering lots worth bidding on and others best ignored. See part one for Full Bell Lines.

We’ve written about Cameos on Franklins before in this post. Searching for a Deep Cameo or Ultra Cameo proof Franklin Halves is a real challenge because only a small percentage (1-3% of all strikes) have the frosted devices and deep mirrors that bring top dollar in the coin world.

Again, we defer to one of the top experts in Franklin proofs, Rick Tomaska, in this post. You’ll get a feel for just how rare and startlingly beautiful Deep Cameo coins can be.

In this post we explain why we bid or did not bid on a proof Franklin in an eBay or Proxibid auction. 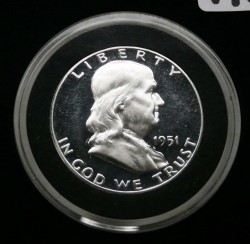 For a proof Franklin to earn a Deep Cameo designation, the frost has to be on both sides of the coin against a liquid-tar-like backdrop. I’ve seen heavily frosted devices against bag-marked fields designated Cameo or no Cameo distinction at all. This looks borderline. I’m thinking the bottom half of the profile is Cameo and the upper half bordering on Deep Cameo. There are marks in the obverse fields. But the reverse is still worth a look. 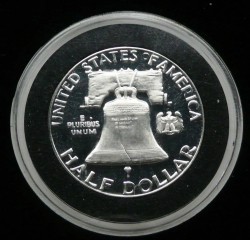 This is a brilliant proof with a few stray marks in the fields. I’m looking for Deep Cameos. I’m not bidding on this. 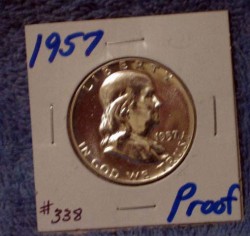 This is a better coin than the 1957 above, but is still only a brilliant proof. I pass. 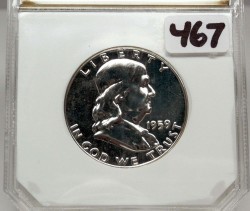 This is a high-end brilliant proof with a trace of Cameo. If the reverse is Deep Cameo, it could earn a plus or s star. 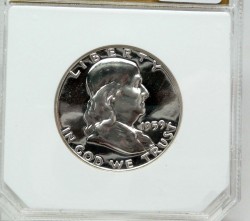 Nope. It’s a high-end proof, is all. Not bidding. 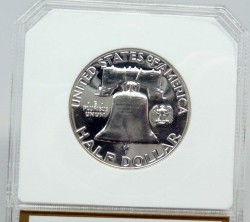 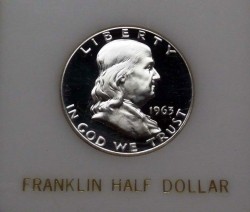 Now this has a chance at Deep Cameo. I’d have liked to see more frost. But it has clean fields and frosted devices. Let’s see that reverse! 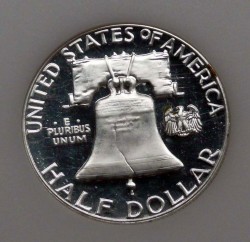 Again, I’d like to see more frost. And there’s a bit more noise and micro spotting in the fields. But this is the best I am going to do today. I bid $40, knowing someone is going to think this is an PF67 Deep Cameo worth $200. I won’t win the coin.

Neither will I find a Deep Cameo on the Proxibid portal today. That speaks to the chance of your finding one, too. Go back to the Tomaska article to see a true Deep Cameo Franklin. Once you see one in person, rather than online, you’ll be hooked as I am on the hunt.