The National Bank of Hungary has issued a new coin paying tribute to an event that shaped Hungary as a nation, building a sense of who Hungarians were as a people and highlighting the country’s need to defend its frontiers against invading armies.

Mohács, a town in Baranya county, Hungary, was the scene of one of the most tragic events in Hungarian history. On the August 29, 1526, almost 18,000 Hungarian soldiers died on the field of battle, effectively sealing Hungary’s fate for the next 145 years.

Under the reign of King Louis II, Hungary’s magnates were involved in domestic and international power struggles and failed to take note of the growing Ottoman threat. In the summer of 1521, Szabács (now Šabac, Serbia) fell, followed by the key border castle of Nándorfehérvár (present-day Belgrade, Serbia). At the end of 1525, the Hungarian nobility learned that the Ottomans were planning yet another offensive, but remained idle. No military or financial aid was received from the Habsburgs, and it was only Pope Clement VII who provided the equivalent of 50,000 forints for the king to raise an army. 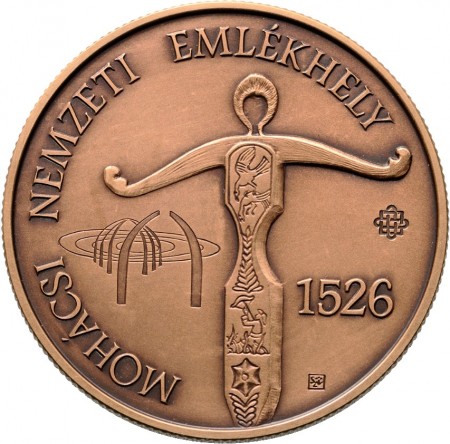 The Christian army engaged the Ottomans in battle on August 29, 1526, to the south of Mohács, near the Danube. Although the 25,000-man army was a considerable force by Central European standards, the Ottoman army was three times as large and ultimately prevailed.

The Ottomans’ bloody massacre lasted only one and a half hours and destroyed three quarters of the Hungarian army, including numerous nobles, five bishops, the Cardinal of Esztergom, and the Hungarian king himself. With the death of Louis II, the Hungarian nation crumbled and the kingdom was partitioned into three parts. For lack of a designated heir, a power struggle ensued for the Hungarian throne that lasted for decades.

The near 8-hectare memorial site located in a nature conservation area was opened on August 29, 1976 to mark the 450th anniversary of the battle. The park is also the resting place of 1,700 soldiers.

Since 2012, the battlefield at Mohács has also officially been a national memorial site, one of 14 that together form a crucial part of intellectual, cultural, and scientific heritage of the Hungarians. 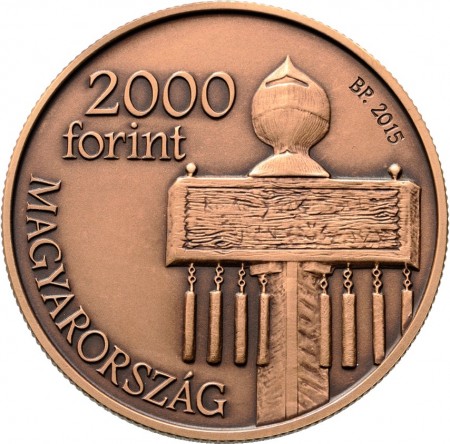 The coin, produced by the Mint of Hungary, Budapest, and designed by Szabó Virág on behalf of the National Bank, recognizes the nation’s heroes and the memorial site. The obverse side includes a depiction of the grave markers in the form of wind chimes and carved memorial posts. The official symbol of the Mohács National Memorial is found on the reverse, along with the joint symbol of the National Memorial Sites.

The coin is sold for its face value and is produced with bronze plating and an antique finish. This is the second coin issued in the “National Memorial Sites” series begun last year; the 2014 coin paid tribute to Somogyvár-Kupavár.

For more information on this and other coins issued by the National Bank of Hungary, please visit the Web site of the Mint of Hungary. Information offered is in English & Hungarian, with international orders dispatched where applicable.