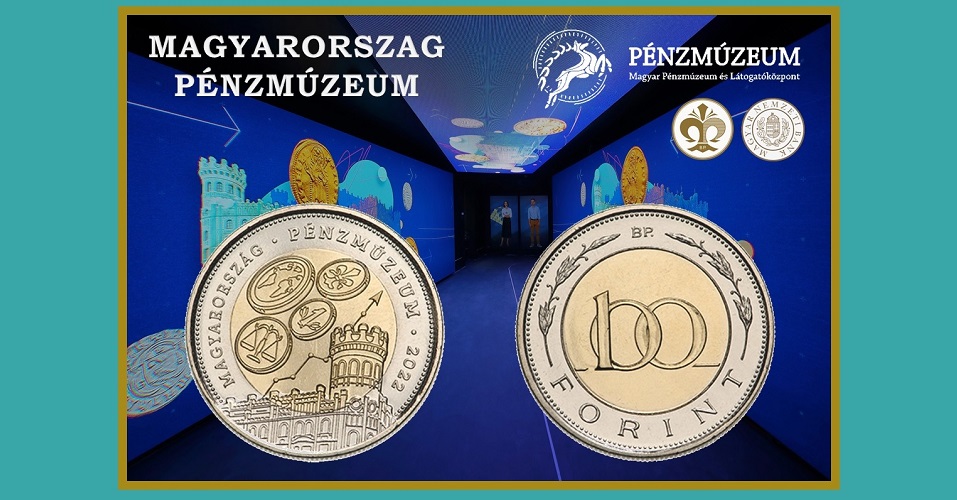 The National Bank of Hungary has released (17th March) new commemorative 100-forint coins on the occasion of the opening of the bank’s own Money Museum, which is located in their exquisite baroque-style headquarters located on Liberty Square in Central Budapest.  The Money Museum of the Hungarian National Bank was officially opened on March 15th and inaugurated by György Matolcsy, president of the national bank, in the presence of many local and international guests. 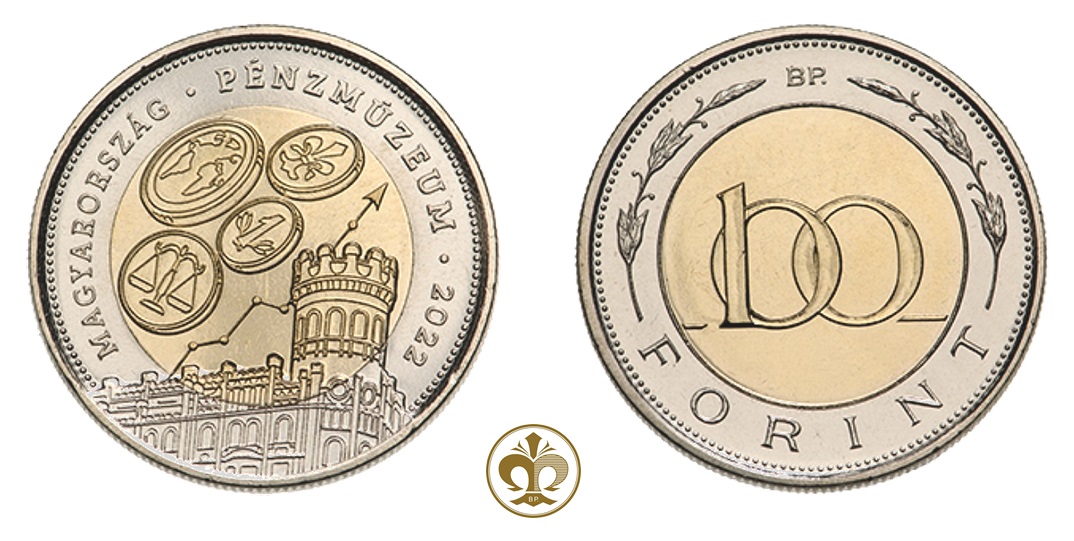 Designed by graphic artist Mónika Gyuró, the obverse side of the coin illustrates stylised representations of the evolution of the forint based on tradition and economic growth along with changes in the structure of the Hungarian government and the development of the country’s market economy over the last 30 years. Four different coins are included in the design, with two featuring motifs of the Anjou lily, in reference to Hungarian gold florins from the Middle Ages and the iconic one-forint coin first introduced in 1946. Behind the coins is a growth chart, showing an upward trend. Below the coins is a familiar edifice or section of the building that houses the Hungarian Money Museum and Visitor Centre in Budapest. Above the primary design is a ring of dots along the edge in a semi-circle and the text MAGYARORSZÁG PÉNZMÚZEUM (“Hungary’s Money Museum”), along with the year of issue 2022. The reverse side of the coins are identical to those first released for circulation and includes a bold 100 numeral centred and surrounded by sprigs of laurel and the currencies’ name FORINT shown below.

Two million 100-forint coins will be placed into circulation from the 16th March as the bank’s primary objective is to make the coins available to the general public. The 100-forint coins struck to Brilliant Uncirculated quality will be presented in a coin-card folder which will also include a serial number on the reverse side of the packaging with a maximum of 12,000 pieces. Sales of the coin card folder and the bankrolled coins began on the 17th March 2022 in the retail coin shop of the Hungarian Mint Ltd. and its website. For further information, please click here.

For additional information about the new Money Museum in Budapest, please click here.