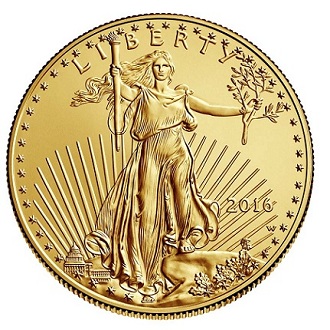 Just last year, a British charity known for helping UK war veterans received an odd-looking two pence coin in one of its donation bins. As the coins were being counted, a branch treasurer noticed that this particular two pence coin was silver instead of the usual copper color and took the coin to the bank to find out more about it. As it turns out, the nickel-plated two-pence coin was actually made in error, making it a rare and valuable find. The coin went on to sell for £1,350 ($1,915), an astonishing 67,000 times more than its face value.

While finding a rare coin in a donation bin is certainly unusual, it is not uncommon for rare coins to sell at high prices. Following are some reasons why you may want to consider adding such coins to your investment portfolio.

Investors know that it is important to diversify an investment portfolio. This means including not only stocks, bonds and mutual funds, but also tangible assets such as real estate and precious metals. Gold coins are highly recommended as a long-term investment, as gold tends to rise in value during times of political and fiscal uncertainty and will certainly come in handy in the event of a monetary collapse. Silver coins are also ideal for this purpose, especially if you have limited cash to invest and cannot afford to buy large quantities of gold. However, one aspect of investment portfolio diversification that is often overlooked is the option of gem quality rare coins. You cannot expect to make a lot of money from them immediately, but gem quality rare coins have a track history for being one of the best performing non-leveraged products for well over a hundred years, making them a safe option for long-term investment growth.

What You Need to Know Before Investing in Rare Coins

Rarity, quality and population is the most important factor to consider when investing in rare coins. The scarcer a coin is, the higher its value. Grading plays another essential role when it comes to purchasing rare coins. Professional third parties like the Numismatic Guarantee Corp (NGC) and the Professional Coin Grading Service (PCGS) use a grading system to determine the quality level of the coin. Investors will ideally want to buy gem quality coins that have an MS (Mint State) score of 65 or higher. Proof coins, which undergo a different striking process and thus have a mirror-like surface, are produced for presentation rather than circulation purposes and therefore tend to have a higher grade. They are a good option for those who want to fetch the highest possible price for a rare coin.

When Should I Buy Rare Coins?

At present, rare coin prices are surprisingly low thanks at least in part to the fact that many investors are far more interested in putting money in mutual funds than precious metals. However, some analysts believe that another major inflationary cycle is on the near horizon. This means that now is a good time to invest in rare gold and silver coins, before paper money decreases in value and rare coins experience another price rise. While international politics and economy are relatively stable, insecurity in the E.U. thanks to Brexit and a struggling euro, the chaotic presidential elections in the U.S., as well as instability in Turkey and the Middle East have the potential to wreak havoc on the world’s financial markets. As history has shown, rare coins have the potential to dramatically rise in value in times of monetary inflation and political uncertainty.