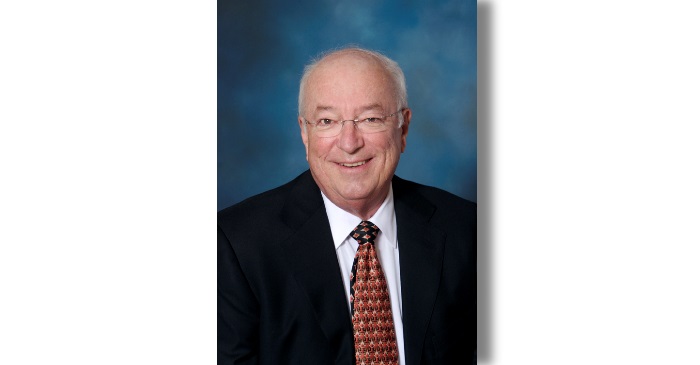 (Florence, Alabama) — Joel R. Anderson, of Florence, Alabama, died peacefully at home on Monday evening, October 12, 2020, from natural causes at the age of 76. He was well known in the numismatic world as a businessman and generous supporter of many hobby causes.

The Anderson family has been active for decades in numismatics, publishing, and media distribution, among other industries. This started in 1917 with a street-corner newsstand built in downtown Florence by his late father, Clyde W. Anderson. The Anderson Companies grew into a business that today includes Anderson Media Corporation; TNT Fireworks (the largest importer and distributor of consumer fireworks in the United States); specialty publisher Anderson Press; and Books-A-Million (the nation’s second-largest book retailer).

Joel Anderson attended the University of North Alabama and then worked in his family businesses. He served as a director of many affiliated firms and chairman of the Anderson Companies, which today employ more than 11,000 associates in the United States, the United Kingdom, Hong Kong, and China.

Among hobbyists and collectors, the best-known Anderson brands are ANCO (manufacturer of coin tubes and other supplies); Cowens (cardboard coin holders); H.E. Harris & Co. (stamp dealer, publisher, and philatelic supplier); and Whitman Publishing, the largest publisher of numismatic books and supplies, and creator of the annual Guide Book of United States Coins (the “Red Book”).

Joel Anderson was an active supporter of the American Numismatic Association, the American Numismatic Society, and other hobby organizations. “Mr. Anderson believed in the power of literacy, research, and education,” said Whitman president Mary Burleson. “He gave generously of his time, business expertise, and financial resources to strengthen every aspect of the hobby. He did this quietly, without fanfare, never seeking praise or publicity for himself.”

Anderson was a serious collector of rare United States paper money. In 2018 and 2019 his collection was sold by Stack’s Bowers Galleries for more than $34 million. It was the most valuable cabinet of U.S. paper currency ever dispersed at public auction.

A Positive Influence in Many Worlds

Friends from across the wide spectrum of the Anderson family’s business and civic activities are mourning the loss of Joel Anderson. In the world of pyrotechnics, he is remembered as the founder, chairman, and director of the American Fireworks Standards Laboratory. (Dr. John A. Conkling, in Boom: America’s Ever-Evolving Fireworks Industry, wrote of Anderson’s “strong and capable leadership” of the safety and testing organization, which is credited with reducing the number of fireworks injuries and fatalities). Medical organizations such as the Cardiovascular Institute of Philadelphia and the American Heart Association celebrate him as a trustee and supporter. His philanthropic, civic, and humanitarian endeavors have earned him the respect and admiration of the Salvation Army, the United Way, and the many schools, libraries, and museums that he championed and served.

The Anderson family shared some words of wisdom Joel Anderson gave in a letter to his grandchildren, exemplifying his life philosophy:

Always smile and feel happiness and it will become a part of you. Always be positive and if you are sometimes defeated in something, don’t pout, don’t complain, just turn around and take another path to winning. Always respect others, always be honest with others and, very importantly, yourself. Always go out of your way to do the right thing in any situation and always remember to be nice and share with others, especially persons who need a helping hand.

There will be a drive-by visitation at 1:00 p.m. on Friday, October 16, followed by a private graveside service for family at 3:00 p.m. at Greenview Memorial in Anderson’s hometown of Florence, Alabama.

The family welcomes donations, as an expression of sympathy in lieu of flowers, to the American Heart Association, the University of North Alabama, or United Way of Northwest Alabama.

An online guest book may be signed here.