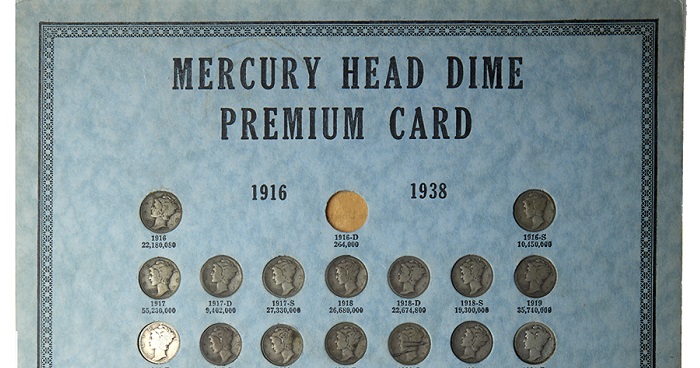 (Los Angeles, California) — Nearly two dozen vintage coin boards, all at least 80 years old and most with a dozen or more historic U.S. coins in their respective slots, will be offered in the Pre-Long Beach auction conducted by Goldberg Coins and Collectibles in Los Angeles and online, June 2-5, 2019.

The treasure trove of boards was hidden away for decades at the Fullerton Coin and Stamp Company store in Fullerton, California, the oldest coin shop in Orange County. The 23 boards were consigned to the auction by Dwight Manley, noted numismatist, real estate developer, and the coin shop’s owner since 2010. 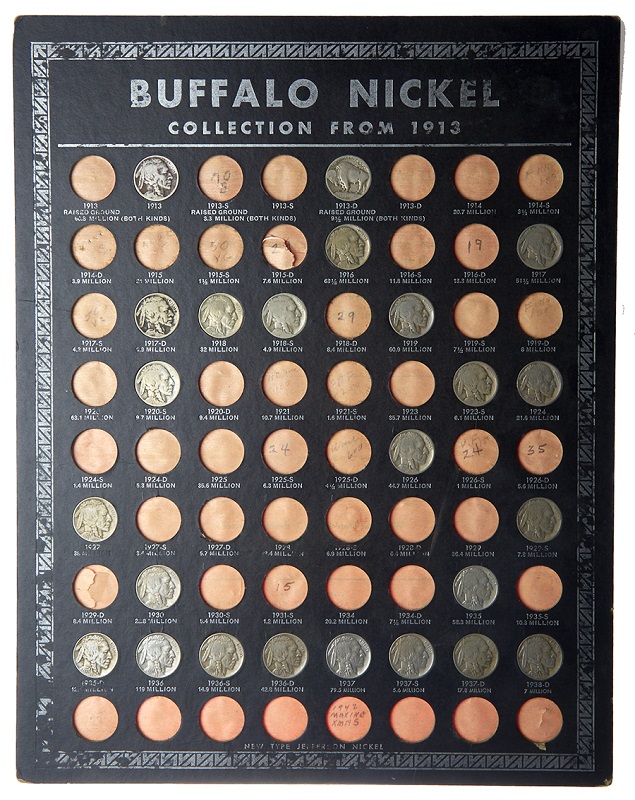 Front of 1938 Whitman Buffalo nickels board. Hover to zoom.

“Starting in the 1930s, fill-in-the-slots boards helped coin collecting become a popular hobby in the United States. Some of the historic boards in this amazing hoard are in excellent condition and date back to 1938,” said Larry Goldberg, co-owner of Goldberg Coins and Collectibles. 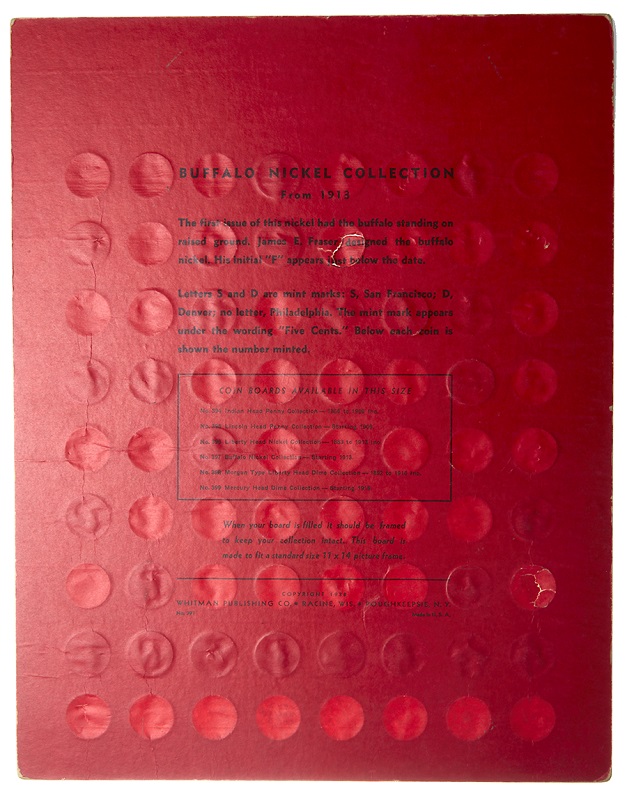 Back of 1938 Whitman Buffalo nickels board.

“They originally were created for collectors eight decades ago by well-known and not-so-well-known companies: Earl & Koehler; J. Oberwise & Company; and, of course, Whitman Publishing Company,” explained Goldberg. “Some of the companies offered to buy back the boards and coins when collectors filled the slots; an attractive incentive during the Great Depression.” 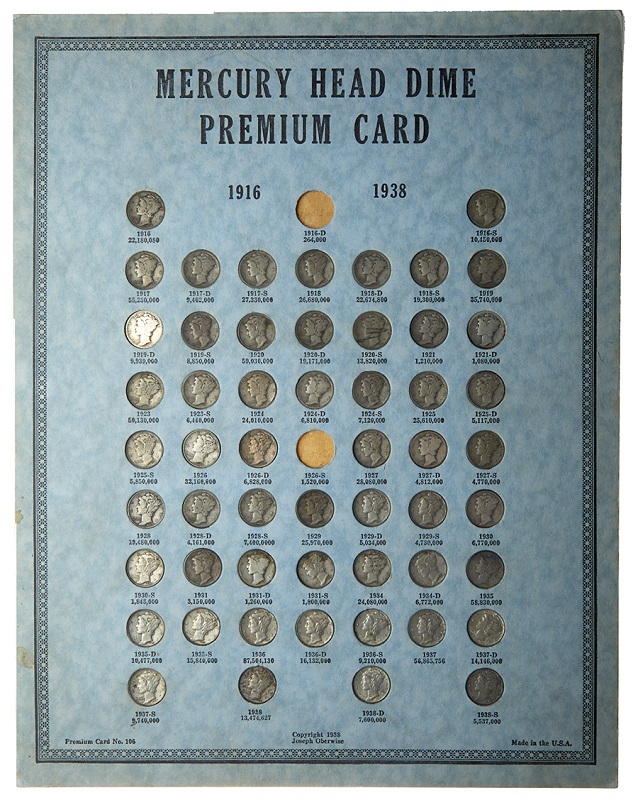 Front of 1938 Oberwise Mercury dime board.

Many of the holes on these boards are filled with corresponding coins including Flying Eagle, Indian Head and early to mid-century Lincoln cents as well as Liberty Head and Buffalo/Indian Head nickels, and Barber and Mercury/Winged Liberty dimes. 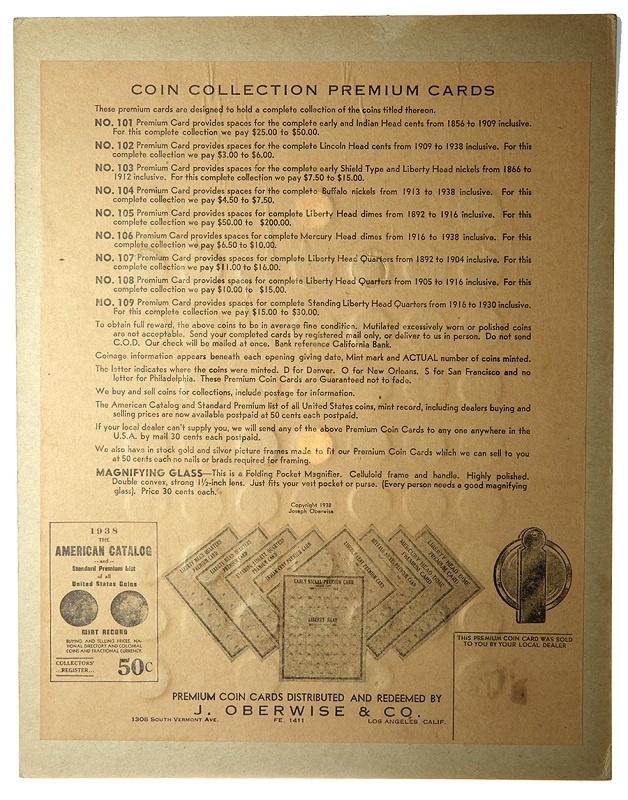 Back of 1938 Oberwise Mercury dime board.

“When I first saw these boards at the store it was like being a kid again and remembering the pure joy of putting coins into albums,” Manley recalled.

As a teenager, Manley worked at Fullerton Coin Shop and considered the store’s owner, William Pannier, an important mentor. When Pannier died in 2010, Manley purchased the store to keep it open. The shop originally opened in 1961 in downtown Fullerton, and Pannier bought it in 1976.

The individual boards, including the coins in them, have pre-auction estimates ranging from $200 to $750 and up.

“We’ve already had many inquiries about these historic coin boards, and it will be interesting to see how they do in our Pre-Long Beach auction,” said Goldberg.

For additional information, contact Goldberg Coins and Collectibles by phone at 310-551-2646, by email at and online.