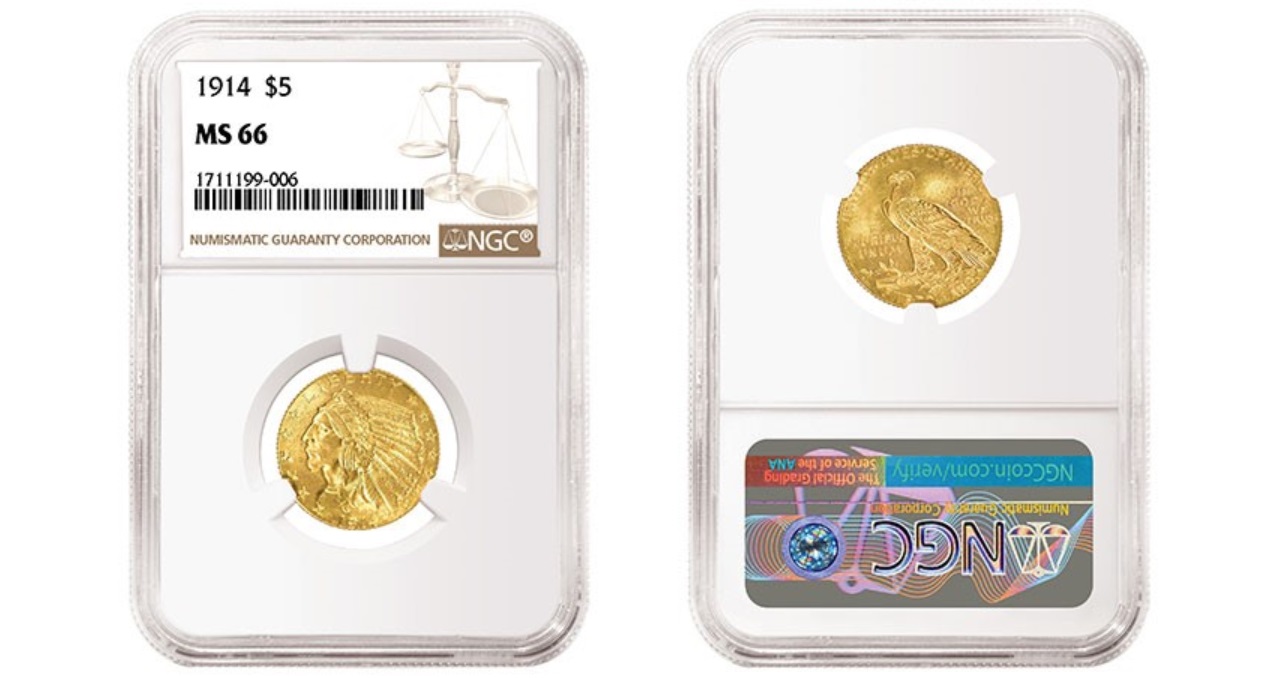 An NGC-certified Flowing Hair Stella is also being offered by the auction house.

An exceptionally well-preserved 1914 half eagle is among the NGC-certified rarities being offered by GreatCollections in sales ending Sunday, August 30, 2020. Graded NGC MS-66, it is the single-highest among nearly 3,000 in the NGC Census. Bidding had already exceeded $63,000 two days before the auction ends.

A conditional rarity, the 1914 half eagle is relatively easy to find in lower Mint State grades but nearly impossible to find at this grade. The Indian Head series was issued annually from 1908 to 1916, and returned for a last hurrah in 1929.

GreatCollections, a leading auction house, is also offering another superb rarity, an 1879 Flowing Hair Stella graded NGC PF-63. Only a few hundred of these $4 pieces, dated 1879 and 1880, were struck as part of an idea for a U.S. gold coin that would be embraced internationally. This example has a starting bid of $130,000.

GreatCollections is showcasing other NGC-graded rarities in sales ending Sunday, August 30, including: