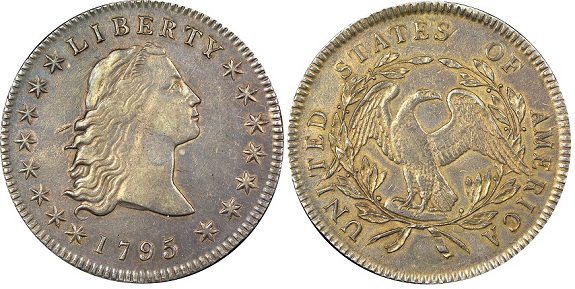 The first known 1795 Flowing Hair silver dollar with two inserted plugs has been authenticated by NGC and will be offered by Heritage Auctions on August 10, 2016.

A first-of-its-kind, recently discovered 1795 U.S. Flowing Hair silver dollar with two separate “plugs” has been authenticated by Numismatic Guaranty Corporation and will be a featured highlight of the Heritage Auctions Platinum Night auction at the American Numismatic Association 2016 Anaheim World’s Fair of Money, August 10.

“Many 1795 silver dollars, along with a single 1794 dollar and a small number of 1795 half dollars, show evidence of a Mint-inserted plug, apparently to achieve a correct weight for the planchet prior to striking. Today, for the first time, we have a 1795 Flowing Hair dollar that has two Mint-inserted silver plugs, one at the center of the obverse and the other at the lower reverse,” said Mark Borckardt, Heritage Senior Cataloger. 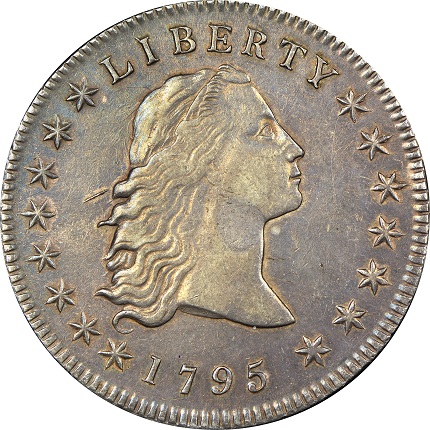 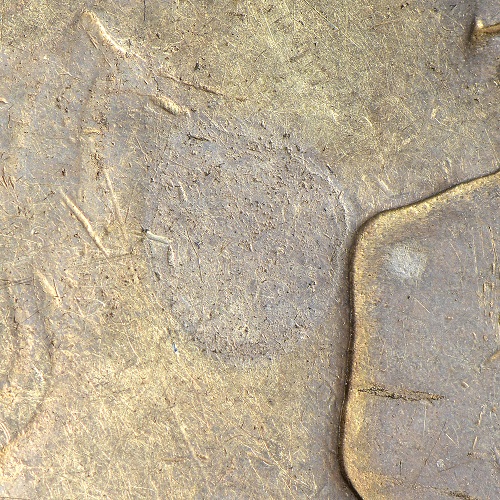 Close up photos show the plugs on the unique 1795 dual-plugged silver dollar on Liberty’s neck on the obverse and between the ribbon ends on the reverse.

The coin has been certified and graded NGC AU53 and is designated as 1795 dollar Flowing Hair, Three Leaves variety B-5, BB-27, R-1.

“Most numismatic researchers today agree that silver plugs were added to adjust the weight of the planchets. While we don’t know the exact process used at the Philadelphia Mint in 1795, we assume an underweight planchet was pierced and a silver pin fastened to the planchet by means of smooth ‘dies’ in a screw press. Apparently, the first plug on this coin was not enough to bring up the weight to the standard level of 26.96 grams, so a second plug was inserted,” said Borckardt.

The weight of the dual-plugged coin is 26.98 grams. 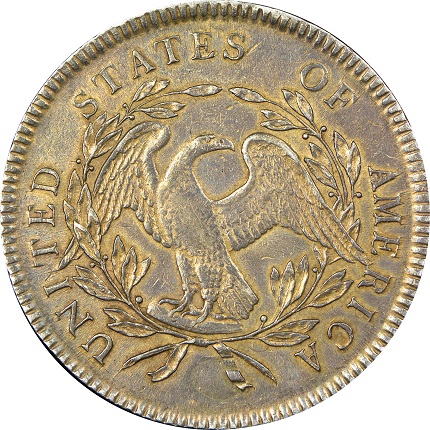 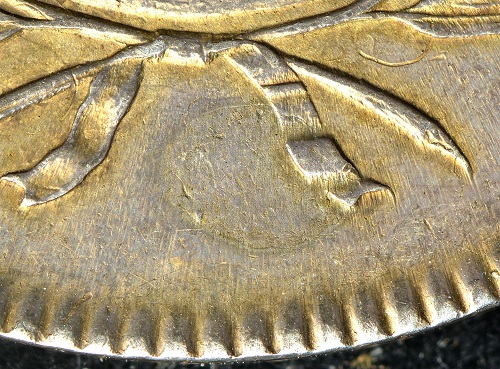 The consignor of the discovery coin wants to remain anonymous, and no information is available at this time about the coin’s earlier provenance.

“This unique early American coin provides insight into the early years of the United States Mint. Its discovery 221 years after its production makes us eagerly anticipate what other numismatic treasures are still waiting to be found,” said Borckardt.

Heritage Auctions is the largest auction house founded in the United States and the world’s third largest, with annual sales of more than $900 million, and 950,000+ online bidder members. For more information about Heritage Auctions, and to join and receive access to a complete record of prices realized, with full-color, enlargeable photos of each lot, please visit HA.com.