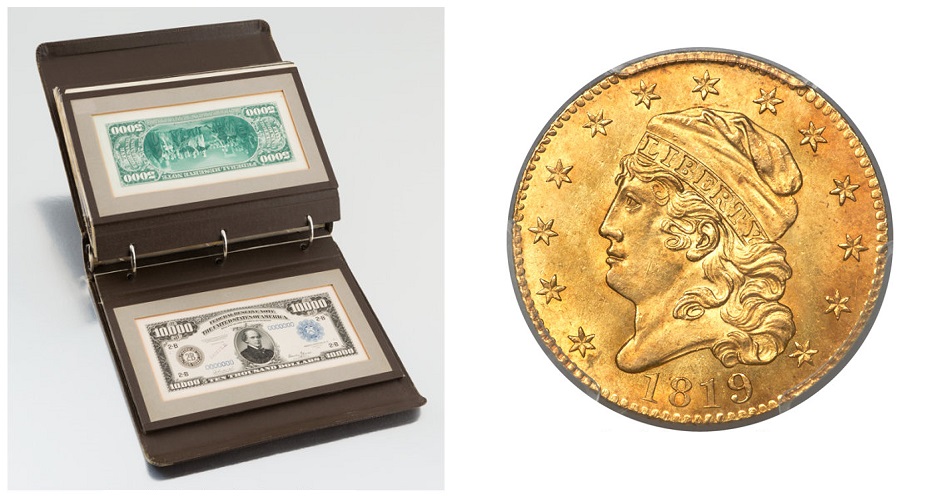 Dallas, Texas (August 12, 2020) — Earlier this summer, the American Numismatic Association 2020 World’s Fair of Money was canceled for only the third time in more than a century because of the global pandemic. But with Dallas-based Heritage Auctions’ Platinum Night Auctions moved online, that cancelation did little to stop thousands of bidders from spending more than $33.1 million August 3-9 on U.S. coins and currency and world and ancient coins.

“Circumstances and setting might change, but the passion remains as high as ever for highly collectible coins and currency,” said Greg Rohan, president of Heritage Auctions. “Of course we would have loved to have been in the same room, and we all eagerly await the day when we can be again. But the number of clients and collectors only grows, and we couldn’t be more pleased with the results we saw over the last week. You can still have a World’s Fair, even if it’s online-only.”

The U.S. Coins event, which took place August 3-9, saw the most action, with 4,220 bidders helping the sale realize more than $18.7 million.

The coin sold is the finest known Wide Date variant, and one of only 16 to 20 pieces believed to have survived — including two in the Smithsonian Institution’s National Numismatic Collection and another in the Bass Reference Collection in the ANA.

Another classic early gold rarity — the 1821 Capped Head Left half eagle, MS-63+ — brought $312,000 at auction. Again, only a handful are known to exist: Only four or five Uncirculated 1821 half eagles are known to exist, in addition to an even smaller number (likely two) Proofs. This was a highlight of the sale — and an extremely important opportunity for the advanced collector of early gold.

Also fetching $312,000 was the 1870-CC Liberty double eagle, AU-50, which dates to the first year of the Carson City Mint. That alone makes this a rare offering: Carson City minted fewer than 4,000 Liberty double eagles in 1870. And few of those were collected, as wealthy numismatists who collected $20 gold coins instead purchased Proofs from the Philadelphia Mint. The relatively small handful that were minted found their way into circulation, and were extensively circulated, which is why the issue is unknown in Mint State grades today. The 1870-CC the rarest and the most famous double eagle from the Carson City Mint.

The top-seller of the entire event came from U.S. Currency, which attracted 469 bidders and topped the $3.17 million mark, with every single lot sold.

A newly reported $10,000 1934 Federal Reserve Note from Boston sold for $216,000. What makes this note so significant is the fact that it was long hidden away in a collection; its serial number had not been captured by census-takers until recently. Its sale price, well beyond that of a similar piece that sold in April, represents the fact this $10,000 note is one of the most coveted pieces of collectible U.S. currency.

The turnout for the World Coins & Ancient Coins event, which took place August 5-7, was extraordinary: 3,100 bidders participated, driving up the sale’s final price tag to $11.2 million. And two coins tied for honors of highest-price sale:

The William and Mary 1692 five-guineas, MS-63 PCGS, and the George III gold Proof Pattern two-guineas 1768, PR-64+★ Cameo, each sold for $384,000 — each surpassing pre-auction estimates by considerable amounts. This does not surprise.

The William and Mary 1692 five-guineas is the joint-finest certified example and bears what Heritage’s catalogers call “an almost mythical grade for such a large gold coin of William and Mary.” In large part, this is because it was the largest denomination produced during the period, which means it would have experienced widespread use in international trade. And because of its sheer heft, most examples have been dinged and well-worn; seldom were these treated with care by collectors.

The George III gold Proof Pattern two-guineas is also exceptionally rare — and just as beautiful. What makes this coin so desirable is its quality: This is a near-Gem representative of the first date for George III’s pattern two-guinea, and by far the most popular of the three types produced. Stunningly executed with extreme care and engraving skill, this offering has superior preservation, provenance, and undeniable beauty.

Heritage also enjoys the highest online traffic and dollar volume of any auction house on Earth (source: SimilarWeb and Hiscox Report). One of the Internet’s most popular auction-house websites, HA.com, has more than 1,250,000 registered bidder-members and searchable free archives of five million past auction records with prices realized, descriptions, and enlargeable photos. Reproduction rights routinely granted to media for photo credit.