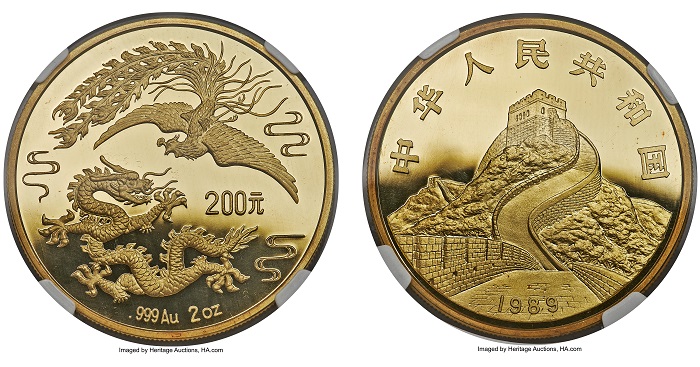 “Our long-term commitment to Hong Kong and Asian markets continues as we break another record for our most valuable auction ever in Hong Kong. We are thrilled for our clients, consignors, and bidders alike” said Cristiano Bierrenbach, vice president of Heritage Auctions. 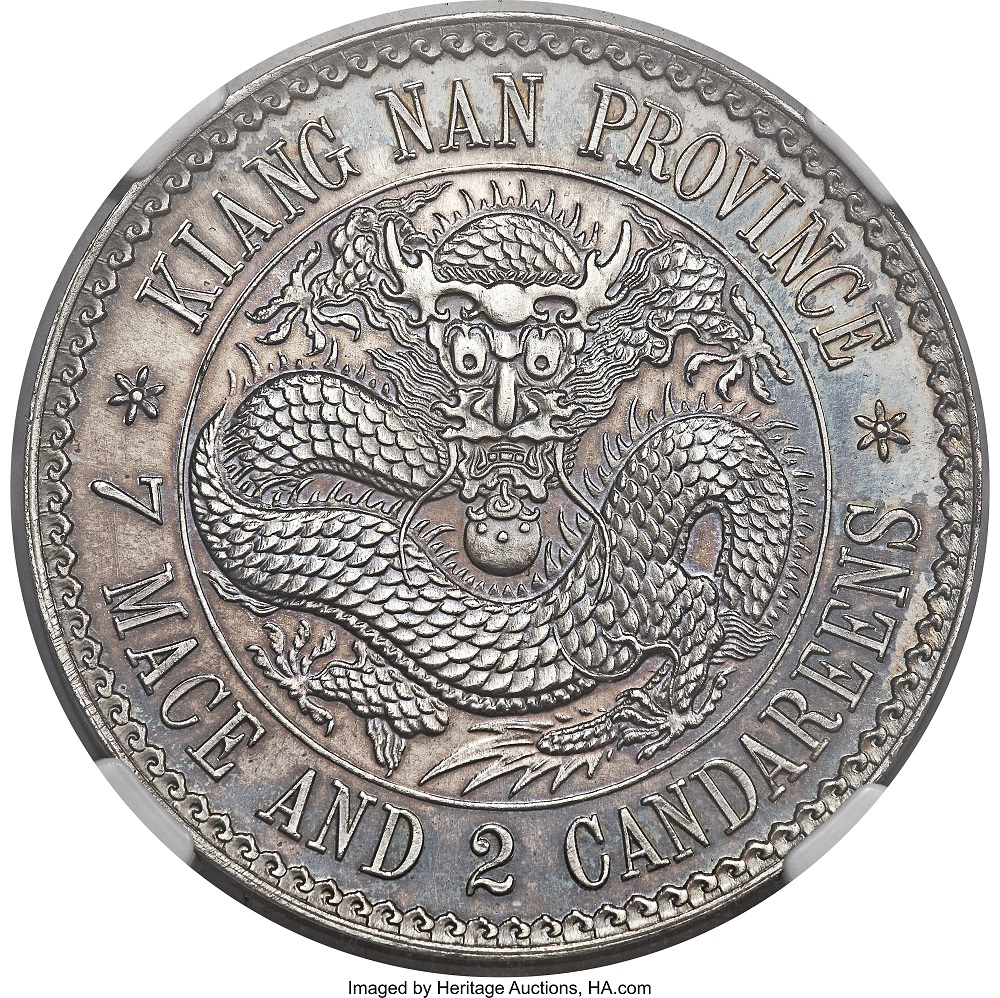 A stunning plain edge Proof pattern, an 1897 Kuang-hsu “Plain Edge” Proof Dollar ND, PR-65, sold for $240,000. The low-mintage Specimen was the first example ever offered at Heritage and is one of only two plain edge patterns certified by NGC. A flawless 1897 Kuang-hsu Dollar ND, MS-66, — considered the finest known Uncirculated 1897 example, certified, or uncertified — sold for $192,000. 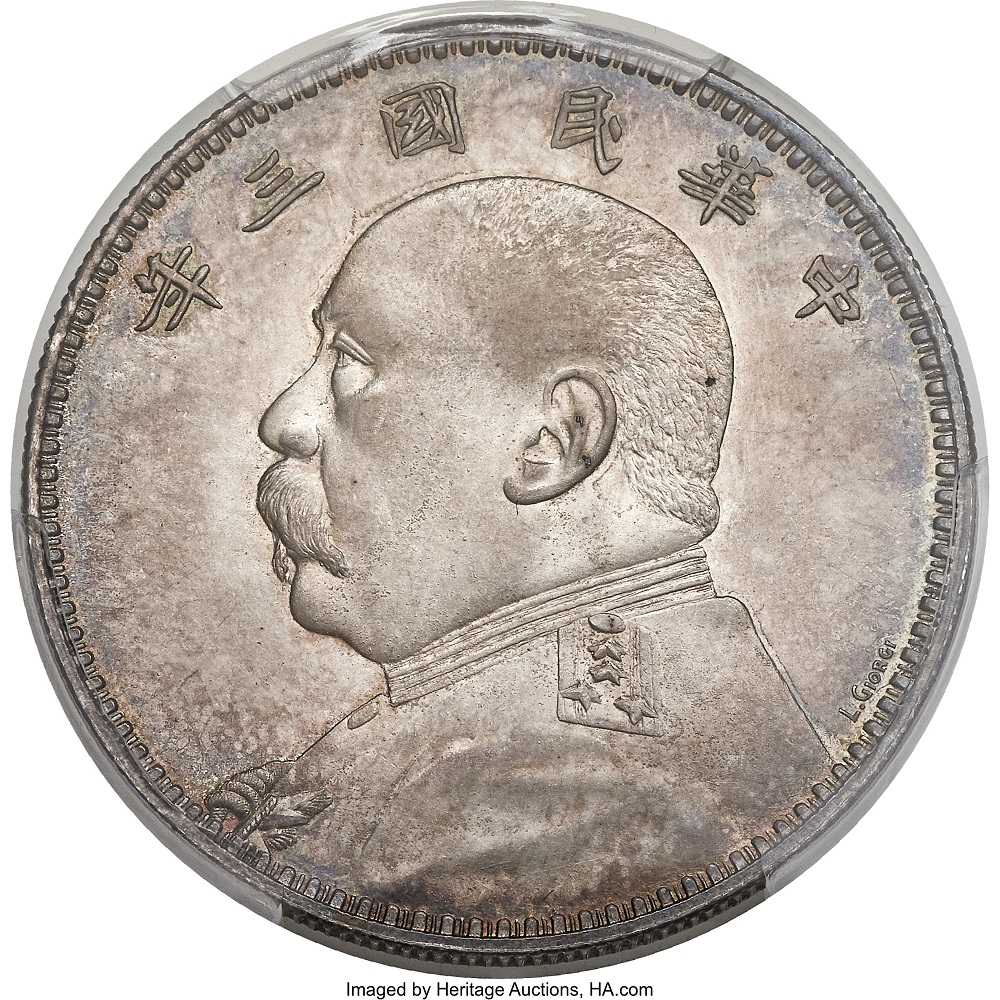 A 1914 Chinese Republic Yuan Shih-kai silver Specimen Pattern “L. Giorgi” Dollar Year 3 attracted interest as one of just a few examples that differentiated from the circulating design by the addition of the “L. Giorgi” signature of the Tiensin Mint’s Chief Engraver Luigi Giorgi behind the president’s shoulder. Struck from polished dies, the rarity sold for $192,000. 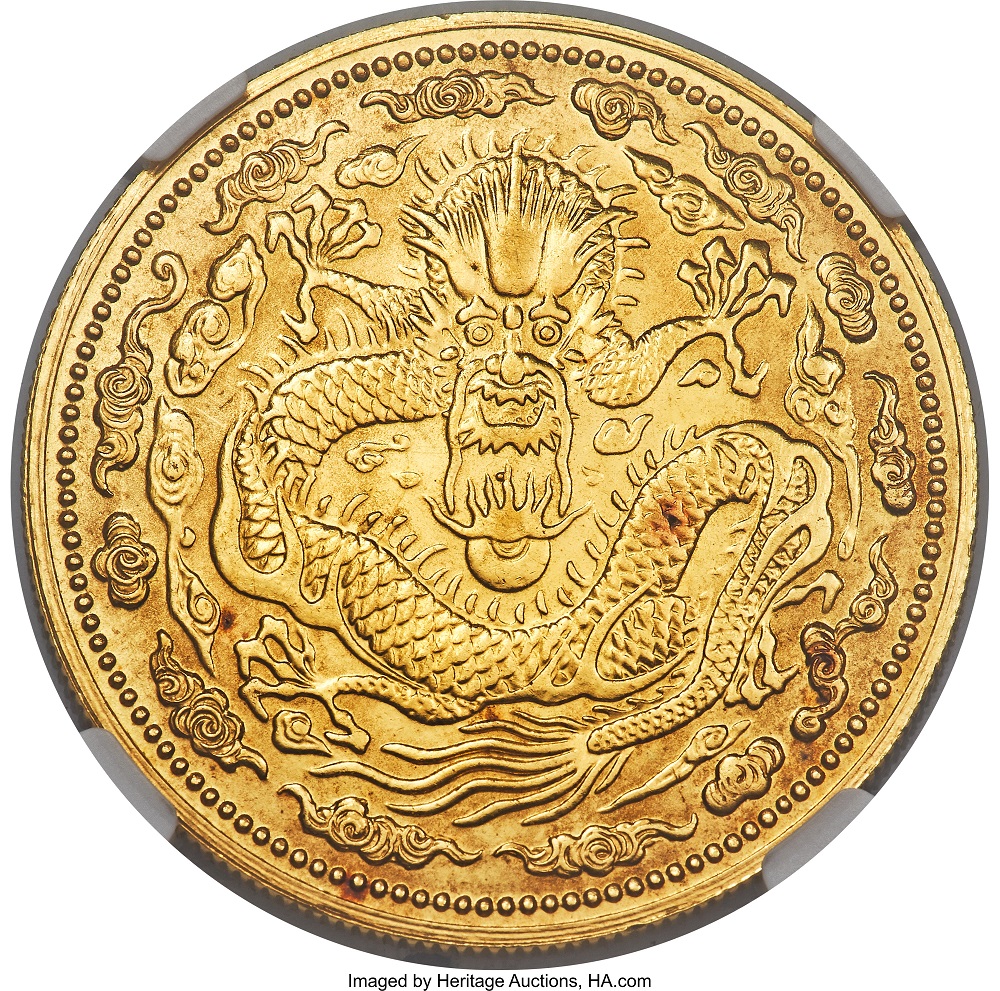 The elusive 1907 Kuang-hsu gold Pattern Kuping Tael (Liang) CD, MS-63, ended at $150,000 as one of the finer known examples to exist. Rarely offered in set form, a remarkable 1992 “Inventions & Discoveries” Platinum Proof Set sold for $105,000. This was more than double its expectations. The five-piece set included Ultra Cameo examples from a minting that was limited to just 100 pieces. 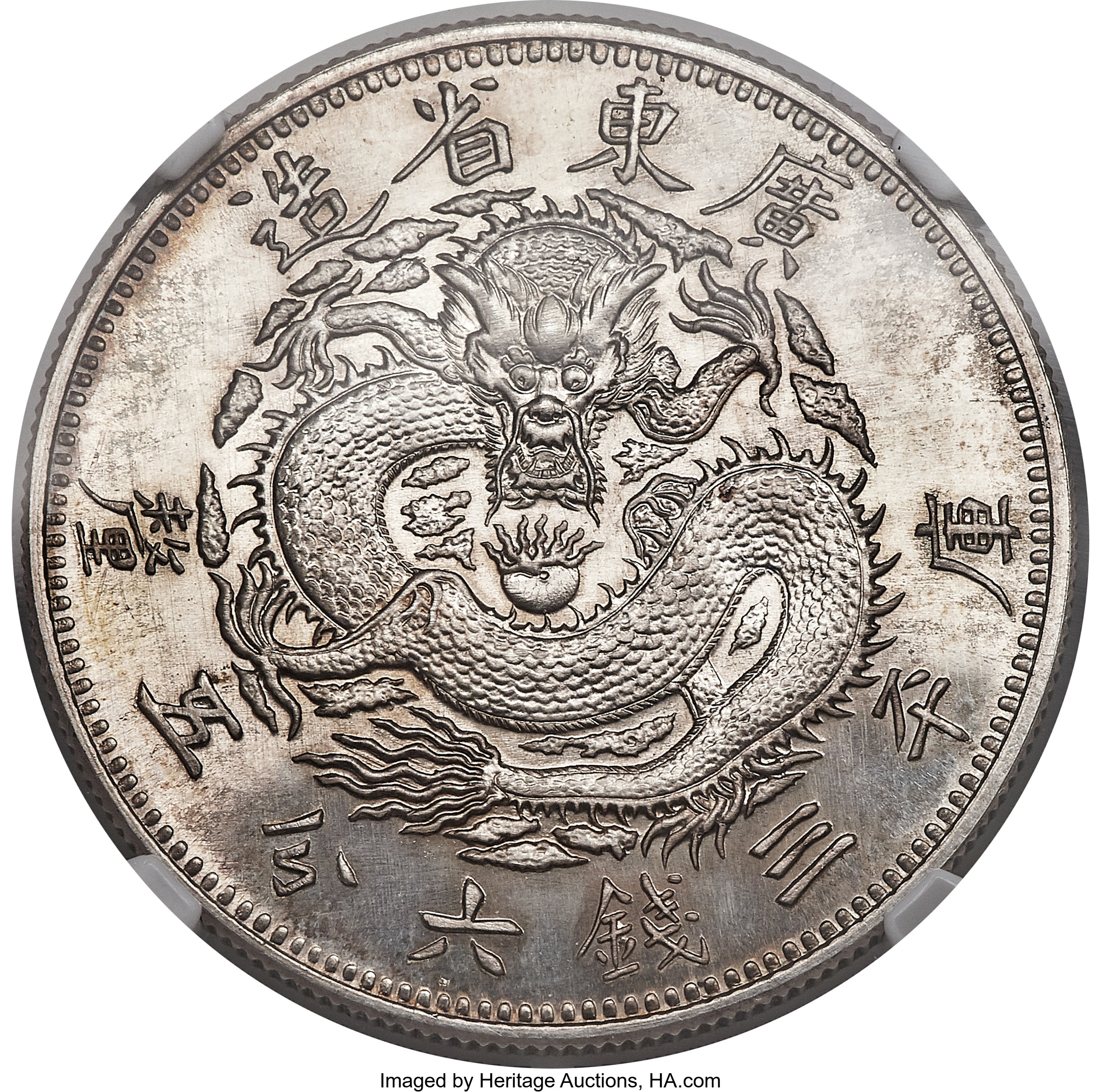 Rounding out the auction’s six-figure lots, an 1889 Kuang-hsu silver Specimen Trial 3 Mace and 6-1/2 Candareens (50-Cents) ND, SP-67, offered collectors the finest known example of a Heaton Mint Specimen trial issue. Only very few pieces are known to exist and the coin stands as the finest certified by NGC and PCGS combined. It sold for $102,000. 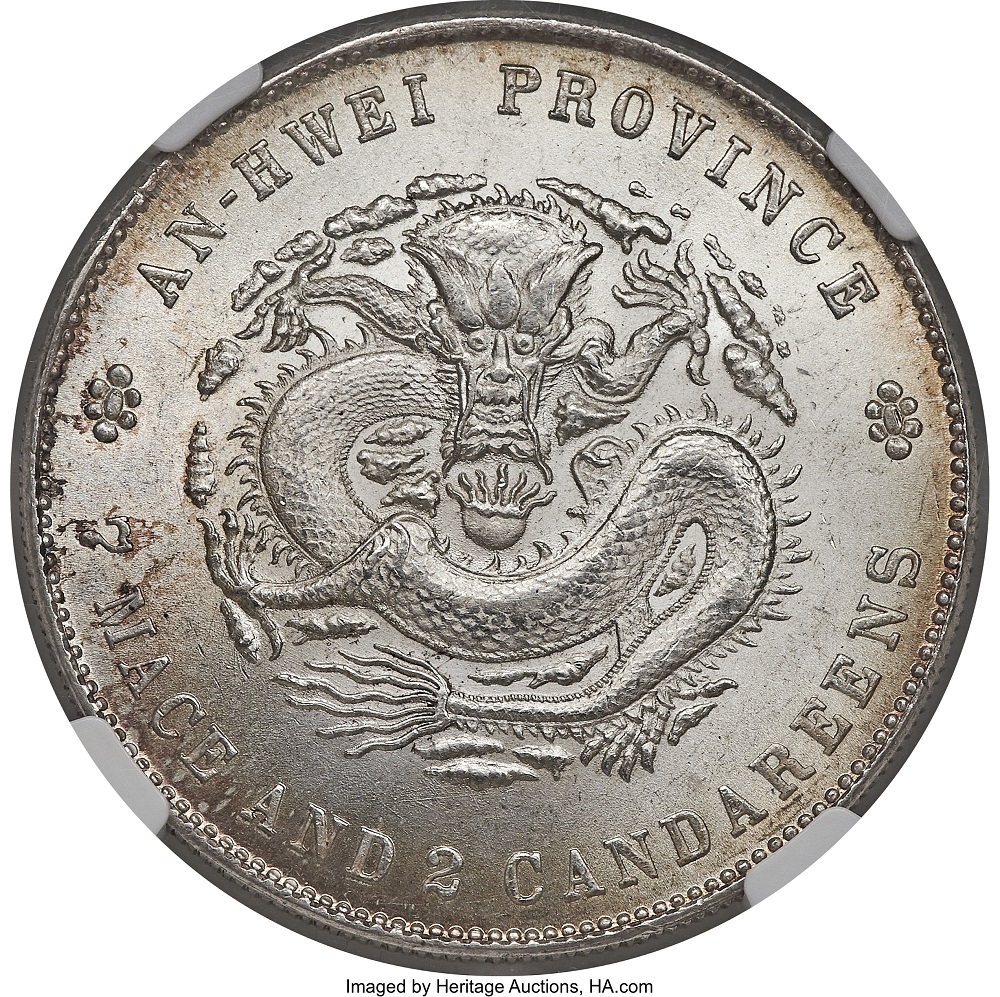 Additional world coin highlights include, but are not limited to:

More than one million dollars changed hands December 6-8 in Heritage Auctions’ HKINF World Currency Auction with a record 1,382 bidders participating. The top lot was an Elusive PMG Choice Uncirculated 64 1953 10-Yuan, which realized $40,800. The original 1953 note is in large format and with iconic vignette. Once a common denomination that made up an enormous amount of Chinese currency, most known examples are found in mid-grade ranges. 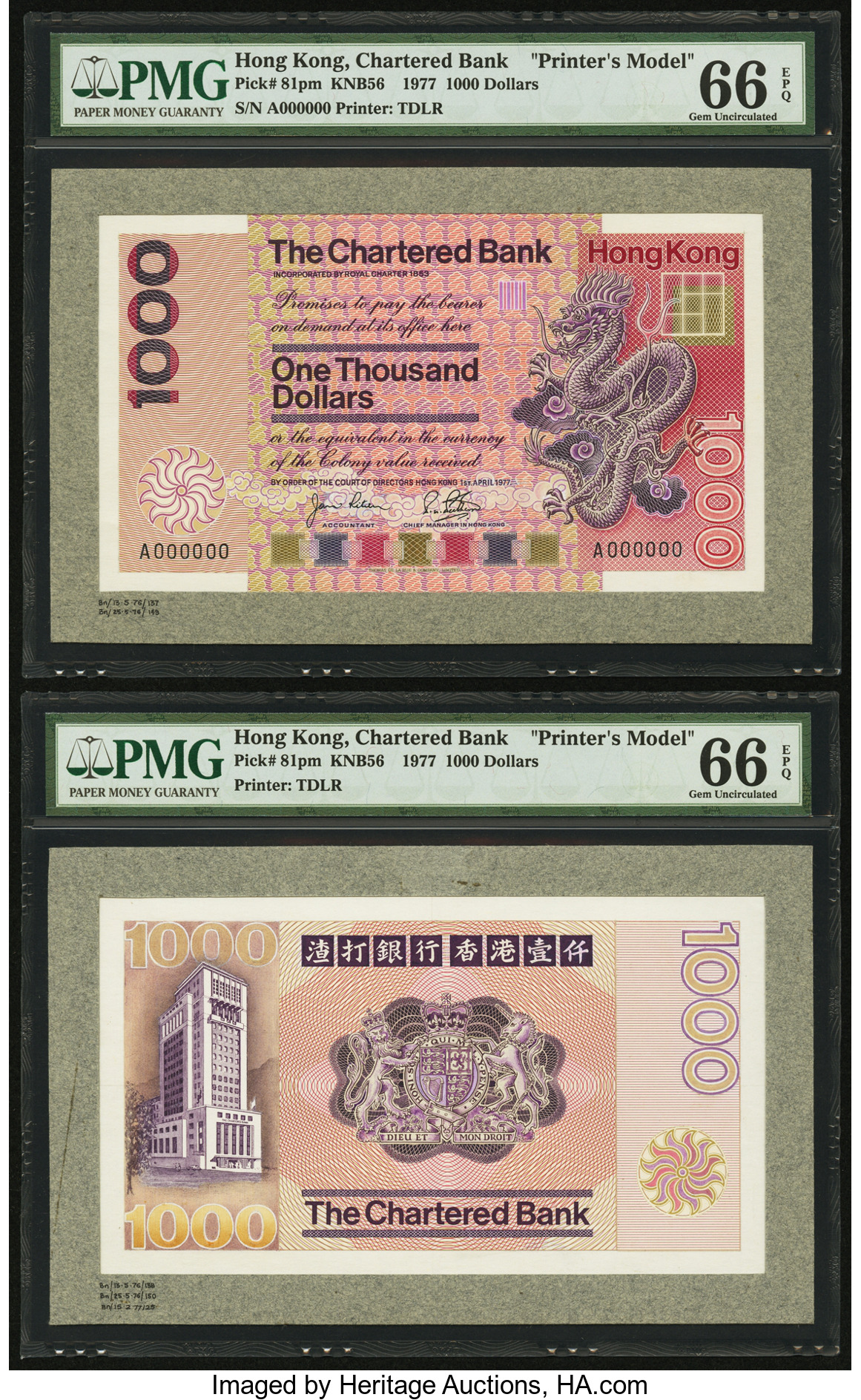 The Chartered Bank $1000 1.4.1977 Pick 81pm Face and Back Printer’s Models generated multiple bids before hammering at $33,600. Both sides grade PMG Gem Uncirculated 66 EPQ and are mounted on card stock within a recessed “window.” The primary colors on both sides are shades of red instead of the issued yellow-orange color. The face has an all-zeroes serial number, and the printer’s annotations on each side include dates printed in the lower left corner of the card stock. 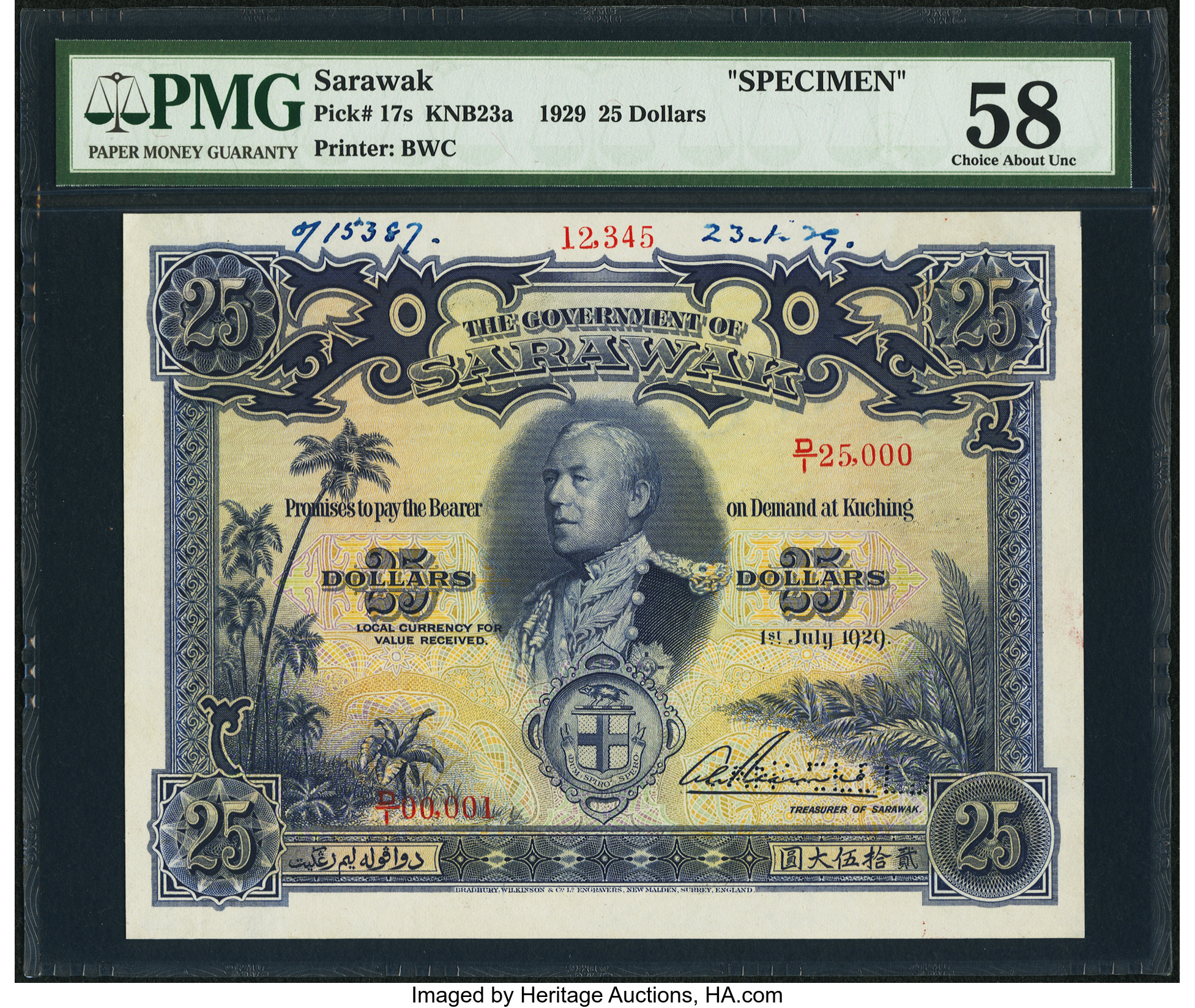 A Government of Sarawak $25 1.7.1929 Pick 17s Specimen sold for $20,400. The note is a rare Specimen graded PMG Choice About Uncirculated 58 with printer’s annotations and previously mounted. It is graded higher than other examples sold recently through Heritage Auctions. 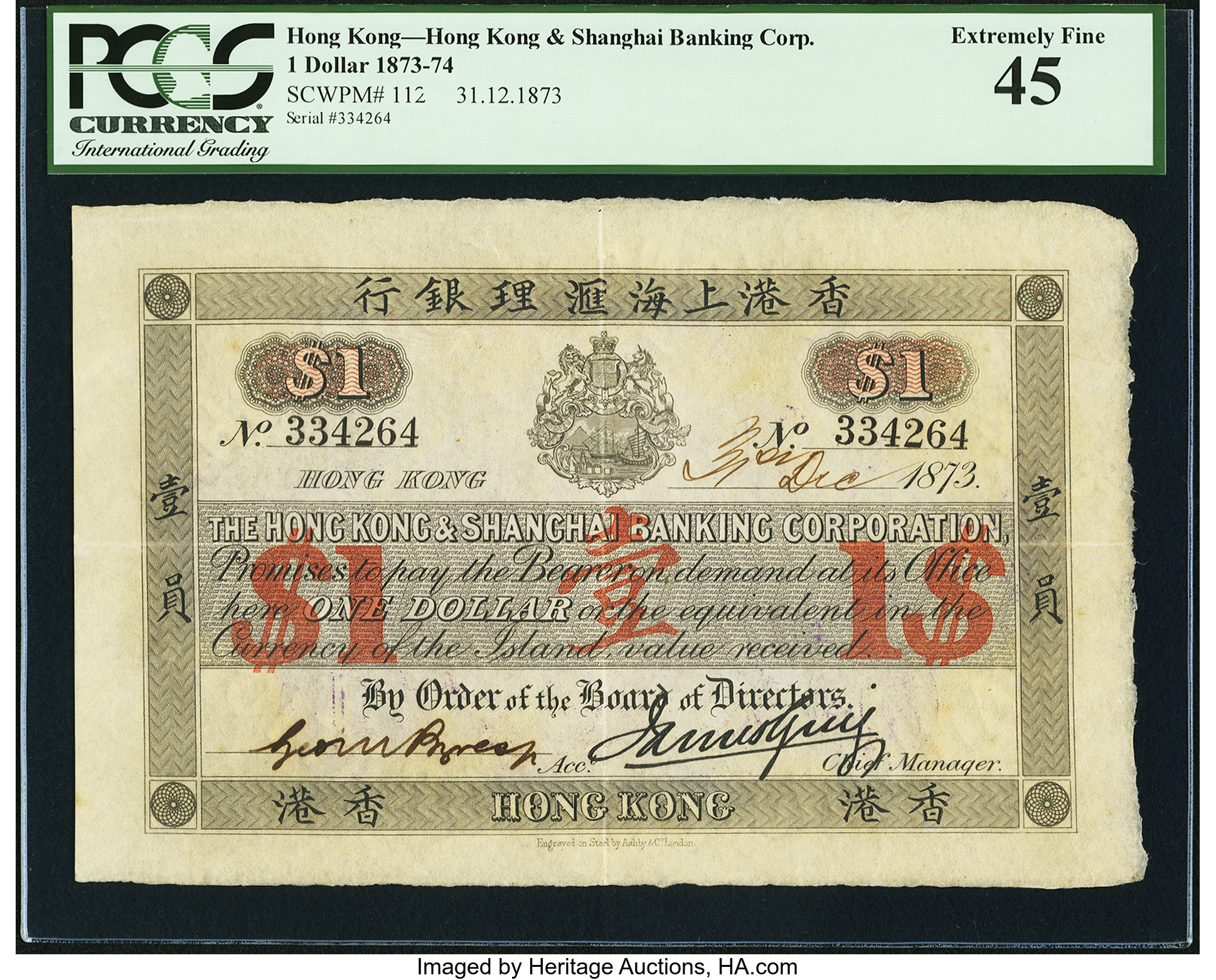 Numerous bidders pursued a Hong Kong and Shanghai Banking Corporation $1 31.12.1873 Pick 112 until it ultimately brought $19,200. The first of its kind sold through Heritage Auctions since 2015, this note grades Extremely Fine 45 and is in a comment-free holder. 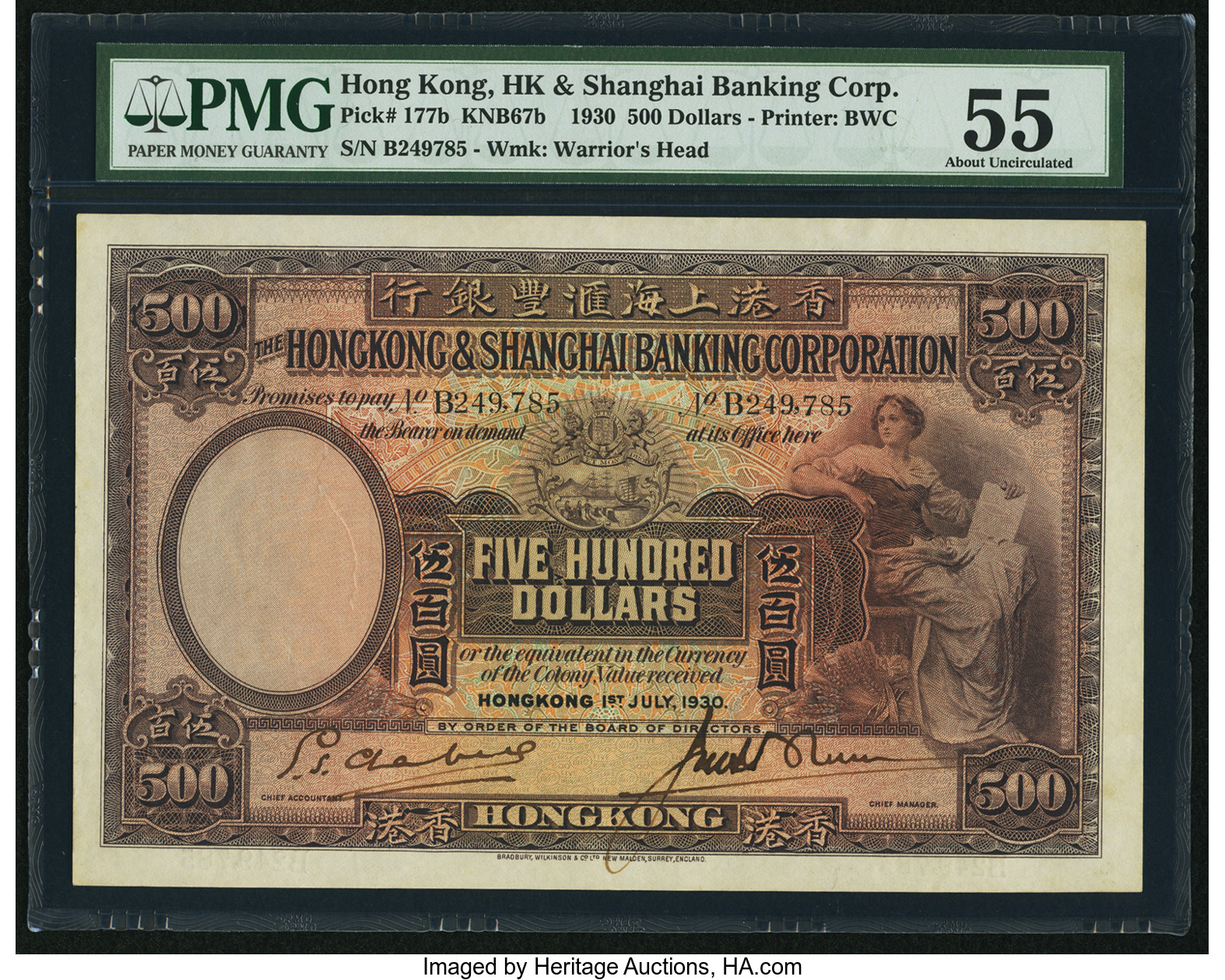 An exceptional example of this denomination, a Hong Kong and Shanghai Banking Corporation $500 1.7.1930 Pick 177b sold for $19,200. With a bright multicolor underprint and deeply inked signatures, this note is a rarity that carries a grade of PMG About Uncirculated 55. 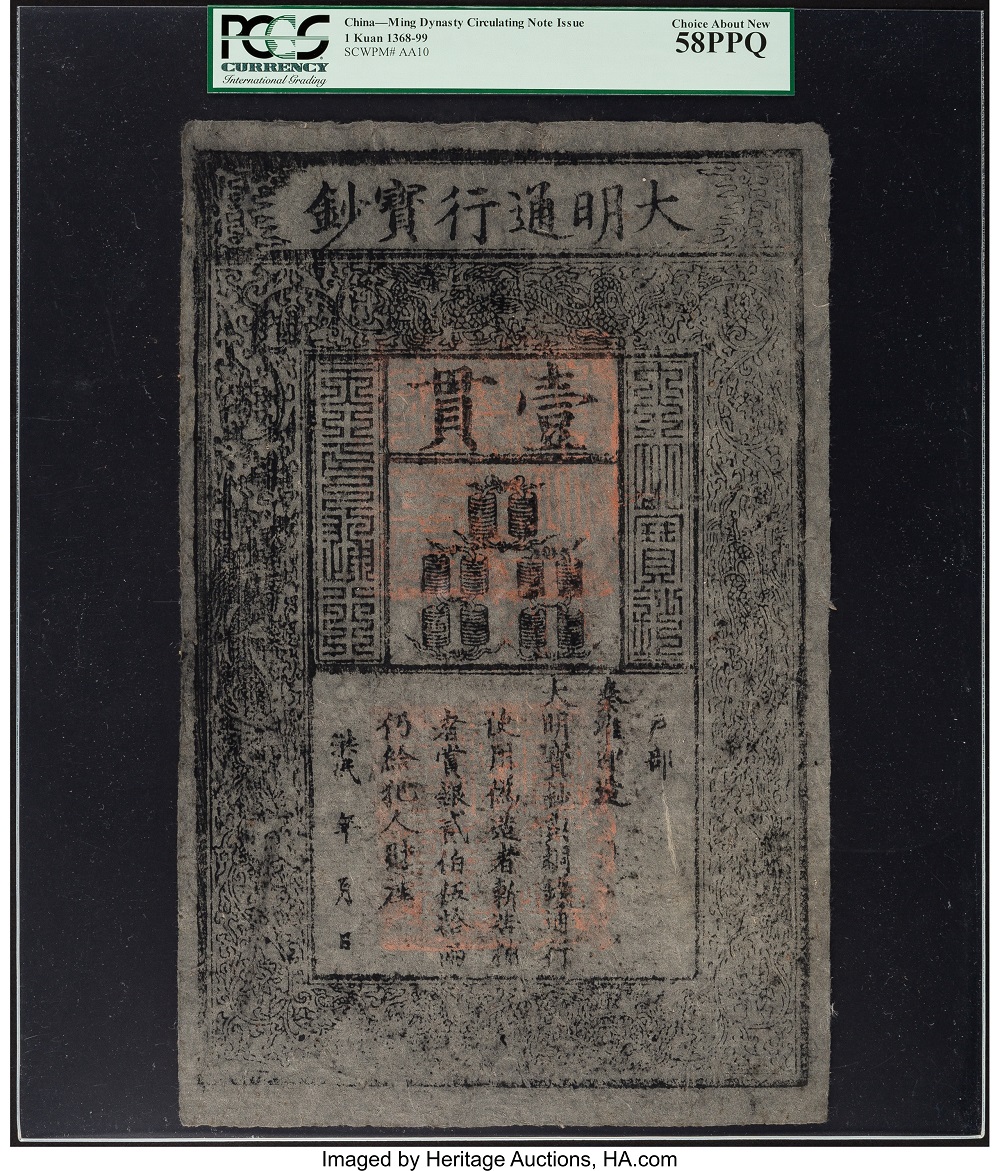 Other top lots include, but are not limited to:

The website of Heritage Auctions has over one million registered bidder-members and searchable free archives of four million past auction records with prices realized, descriptions, and enlargeable photos. Reproduction rights routinely granted to media for photo credit.