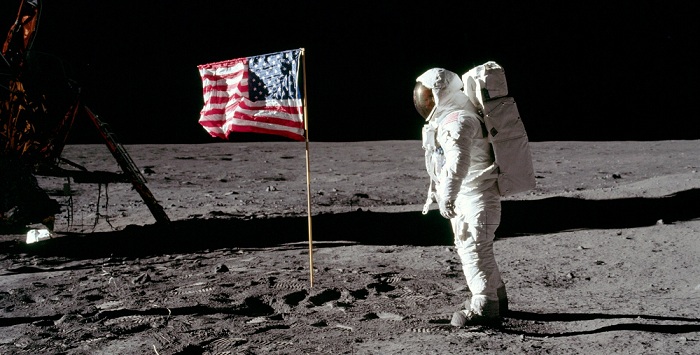 Of all the commemorative coin programs proposed for issue by the U.S. Mint in the next few years, perhaps none has generated more word-of-mouth interest from collectors than the 2019 50th anniversary Apollo 11 Moon Landing Commemoratives. The subject seems like such an obvious home run in its huge potential for exciting designs and big sales that many people — myself included — just assume the proposal has plenty of Congressional support and is sure to pass into law.

Not so, points out Louis Golino in Coin World. According to Golino, the bill, titled HR 2726, has only 63 co-sponsors in the U.S. House of Representatives out of a necessary 290. And time is running out. Barring an upswell in enthusiasm for the program among House members, the proposal is set to expire by the end of the year, erasing years of painstaking investment by the program’s proponents.

If passed, the Apollo 11 program will commemorate the 1969 moon landing with the issue of four coins: a $5 gold coin, a silver dollar, and a clad half dollar, as well as a 5-ounce silver Proof concave coin, which in addition to being really cool would constitute a first for the U.S. Mint.

So the moon landing commemoratives need your support. Golino lays out steps you can take to help make this important proposal a reality:

First, go to this link and see if your representative has cosponsored H.R. 2726.

If their representative is not listed as a cosponsor, collectors should research contributions that companies or universities in their congressional district made or continue to make to the space program. Almost every state had some involvement in the Apollo program, which was by design to ensure widespread support for this massive fiscal and human undertaking. With involvement now by the coin collecting community, this can also serve to generate pivotal support for H.R. 2726.  For example, Rockwell Collins, an Iowa company, played a key role by producing the radios that communicated between the earth and moon.

The next step is to contact their representative’s office in Washington DC via phone or email. You can find your representative’s contact information here. I suggest calling the Washington DC office of your representative and asking to speak to the legislative director. If they are unavailable, leave a message and ask for their email address in order to also send them some information, making sure to specifically reference H.R. 2726. Let them know about the key role that constituents in their district made to the space program, the enthusiasm in the numismatic community regarding this particular set of coins, and the fact that over 60 of their colleagues have cosponsored this legislation already. It would also be important to mention the worthy organizations which would receive surcharges from the sale of these coins: the Smithsonian Institution’s National Air and Space Museum’s “Destination Moon” exhibit; the Astronauts Memorial Foundation; and the Astronaut Scholarship Foundation, to aid its missions by providing college scholarships for the very best and brightest students pursuing degrees in science, technology, engineering, or mathematics (STEM).

Dieter Jobe with Congressman Posey’s office can also be contacted for those with questions on how they can support this legislation.  His contact information is:  ; (202)-225-3603.

In addition to contacting their Congressman, collectors should also contact both of their Senators, who can be found by following this link.”

You can read Golino’s full story on the proposed Apollo 11 commemoratives over at Coin World.