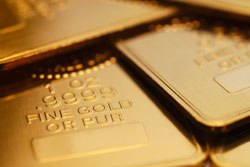 Precious metals markets go in cycles, just like almost all other asset values.  At some point, the gold and silver markets will reach a peak.  I am regularly asked how high I think gold and silver might go before it tops out.

I don’t know the answer to that question.

However, I expect the peak prices for both metals will be so much higher than current levels, conservatively double or triple, that what some call today’s “high” prices will still be considered a bargain down the road.  I agree with my friend, silver analyst David Morgan, when he said, “The easy money has been made, but the biggest money is yet to be made.”

I don’t have a crystal ball to predict what the actual prices will be when gold and silver reach their peaks.  However, I can comfortably describe public behavior when a market top is near—since we had a great example from the early 1980 market peak.

As prices were reaching the top in January 1980, buyers were lined up in our store (and across the country) almost throwing money on the counter to snap up any product they could immediately take with them.  Price and thoughtful consideration of the alternatives did not seem to be as important as making immediate purchase.

Out in public, the prices of gold and silver were regular subjects of conversation, even among strangers.  It was joked that when taxi drivers and shoe shiners started touting the benefits of buying gold and silver, that was when the market reached the absolute peak.  That characterization was actually not far off.

If you compare the public frenzy of early 1980 to today, there is absolutely no comparison.  Sure, in the past 30 months we have seen a significant increase in the number of people who have purchased precious metals for the first time.  People also seem to be more aware of recent gold and silver spot prices because they are readily available on the cable news channels and internet.  We’ve probably all seen television commercials from companies offering to sell precious metals and rare coins in much greater frequency than in the past.  However, our potential new customers are still asking prudent questions and doing their homework before making purchases, and are not rushing into action before they are ready.

It is this current attitude among the general public that makes me certain that prices have a lot higher to run before we see a market top.

Still, I receive regular opinions from readers of my writings whose typical idea is something like this, “Everyone who would ever consider buying gold and silver has already bought, so there are no more new buyers to take the gold off their hands at even higher prices.  Therefore, the price of gold and silver has peaked and will inevitably fall significantly from current levels.”

This concept does not take into account a lot of facts, which contradict this thesis:

The first thing to realize is that a huge percentage of gold and silver being bought is going to people who plan to never sell their holdings.  Such purchasers own precious metals for insurance against financial calamities that could affect the value of paper assets, not as short-term trading vehicles.  When I talk with customers, many tell me that they plan to hold their gold and silver until they die and let their heirs get it.  Such buyers are referred to as “strong hands.”  They are not inclined to sell precious metals just because they think prices may temporarily be too high or could fall soon.  This attitude means that a significant percentage of gold being purchased is not available for sale in the short term.

Second, there are a growing number of stories of would-be buyers of large quantities of gold trying to enter orders on the London market, the world’s largest gold exchange, who are having their orders rejected by every dealer on the exchange.  In theory, these dealers all have lots of gold readily available, so it does not make sense for them to turn down profits from accepting such orders—unless they don’t really have the physical gold!  This is a significant indicator that physical gold supplies are much tighter than the public realizes.

Third, the number of buyers of precious metals is expanding over time.  The population of the earth is rising, as is the average level of income and net worth.  So, the absolute total and per capita gold and silver demand is generally increasing over time.  The freedom to own gold, in particular, is expanding around the globe.  India has sharply reduced the import taxes on gold, leading to a huge increase in demand in that country.  China’s government has made great strides in making it easier for the public to have access to buying gold and silver and is encouraging the private sector to go out and purchase precious metals.  There are many nations where it is still difficult to impossible for private citizens to acquire gold and silver, but their numbers are dwindling over time.

Fourth, the costs of developing mines have risen dramatically in the past few years.  The supply of geologists needed to explore for new sources is extremely tight, with some companies having to wait 1-2 years to obtain the services of a geologist (hint:  this could now be a valuable career for students to consider).  Environmental studies and the political permitting process have become much more difficult.  Where new gold and silver mines in the past could go from discovery to production in 1-3 years, it is now realistic to plan on it taking a decade (which causes much of the higher cost of mine development)!  In the meantime, existing mines are being tapped out and not having their former output necessarily replaced by new mines going into production.

Fifth, there are a multitude of indicators that above-ground gold and silver inventories have been dwindling since the beginning of 1990.

For most of the last two decades, it has been necessary for central banks to unload a net of 10-20 million ounces of gold annually to try to help cover long-term supply shortages.  Last year, central banks switched from being net sellers to net buyers for the first time since 1987.  They are expected to continue to be net buyers for the next decade or longer.

In sum, demand for gold and silver is rising, and supplies from the mines, government sales, and recycling are not keeping pace.  This has been a long-term trend and has not changed with the higher prices today.  At a fundamental level, ignoring any considerations of political manipulation, the future looks bright for higher gold and silver prices.