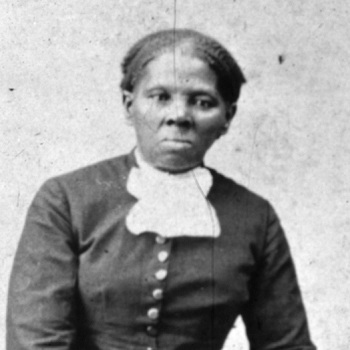 United States Treasury Secretary Jack Lew will announce today that after much debate and consideration abolitionist Harriet Tubman has been chosen to replace President Andrew Jackson on the front of the $20 bill. The change will not go into effect until 2030, but the new design will be shared with the public in 2020 as part of the run up to the 100th anniversary of the ratification of the 19th amendment, which gave women the right to vote.

Jackson won’t be banished from the 20 entirely, however. Secretary Lew has indicated that the seventh U.S. President will remain on the note in another position. The announcement comes after reports from earlier this week indicated Alexander Hamilton would retain his place on the obverse of the $10 bill.

Last year, Secretary Lew shared plans to replace Hamilton’s portrait on the 10, since the note was in need of an anti-counterfeiting update and was therefore ripe for a redesign. But a variety of forces — including vociferous public opinion, the success of the Broadway musical, Hamilton, and Lew’s own stated admiration of our nation’s first Treasury Secretary — conspired to keep the founding father in place. Today the Treasury confirmed the previous reports by announcing that Alexander Hamilton’s portrait would remain on the front of the $10 bill.

Other design updates will be made to the 10 as well, the most significant being the addition of a “mural-style” image to the reverse that will honor the women’s suffrage movement.

Born in 1822, Harriet Tubman advocated for women’s voting rights and the abolition of slavery, and helped lead dozens of slaves to freedom through the Underground Railroad. She died in 1913.