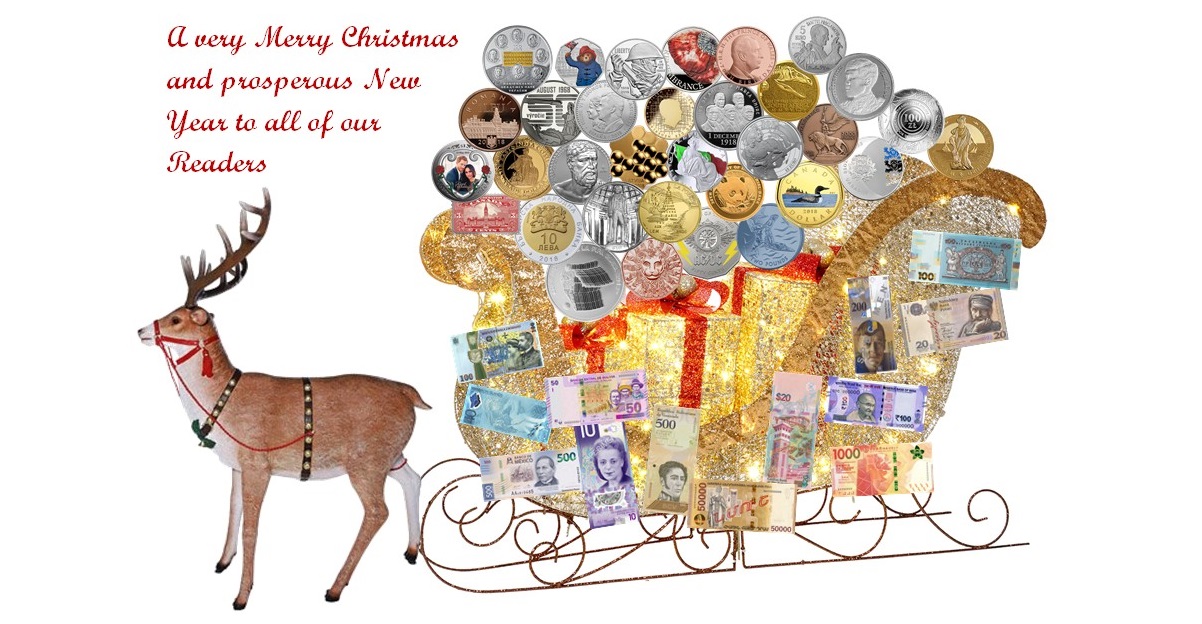 This time of year seems to come sooner and sooner each year. It’s hard to believe that 2018 is almost over, but it has been such an eventful year regarding coins and banknotes — circulation and commemoratives alike. There were many countries that issued both collector banknotes and coins in celebration of centenary anniversaries of their independence resulting from the conclusion of World War I. Of course, there were many coins commemorating the 100th year of the Armistice in 1918 which also honoured the brave men who gave their lives on the battlefield to preserve freedom.

There was a royal wedding which brought together the United Kingdom and the United States, the World Cup championship was hosted in Russia, countless children’s stories and superheroes came to life on silver and gold coins, and the Commonwealth Games were held in Australia — not to mention literally hundreds of other national anniversaries and events. New circulation coins were introduced in Thailand, Sri Lanka, and Kenya, along with newly designed banknotes from Armenia, Mauritius, and the Bahamas — to name just a few.

As the coins were issued, we covered their releases and brought you the information here. It’s been my absolute pleasure to bring our readers the stories about the launches and events revealing all of these new designs. 2019 looks to be as busy as this past year, especially as we look to remember the 50th anniversary of Man landing on the Moon in 1969.

March of next year will also see the United Kingdom leave the European Union, the first country to have decided to do so. Although the Royal Mint has indicated there will be a commemorative coin to mark this event, it will be more of a conciliatory message of friendship and cooperation for the future rather than marking a departure.


Many world mints continue to amaze collectors with innovations and concepts which push the boundaries of traditional minting and coin production to unlimited heights. At the same time, I do not see the debate of a cashless society versus physical banknotes and coins cooling off. In fact, the subject will become an even greater topic of conversation in the industry as national mints look to remain relevant. We’ll see new innovations in terms of production and increased activity in the face of dwindling levels of circulation coins and banknotes. The mints will ultimately look to increase their share of the retail market with bullion-related coins and products not necessarily related to coins.

We here at Coin Update will continue to publish the latest and most exciting news regarding our much-loved hobby, activity, business, and industry, as it occurs. As I often say in my own articles and comments: “Watch this space.” I would also like to sincerely thank our parent company Whitman Publishing for their commitment to numismatics and the invaluable reference material available from the company — in addition to these online bulletins.

I’d like to take this opportunity to wish all of you a very Merry Christmas and prosperous 2019, I want to thank all of you who have sent messages and comments during the year — they have been very much appreciated!