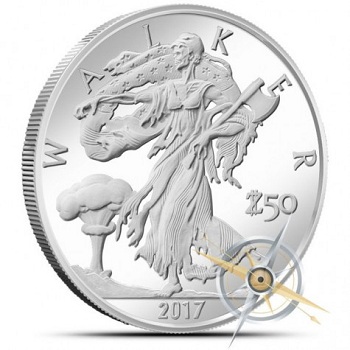 While the Halloween holiday is usually marked by transactions conducted in bite-sized chocolates by pint-sized superheroes, it seems that now there is a currency that will stand up to whatever creepy characters roam the streets. No, it’s not a pumpkin-spice silver dollar or a “Thriller” buffalo nickel. It’s even better.

Zombucks are the “Currency of the Apocalypse,” an undead collection that features “10 historical figures and coin designs [fallen] victim to the zombie apocalypse.” Provided as an exclusive series from Provident Metals, Zombucks have been released to help purchasers “prepare for the apocalypse and fight the bite…!” 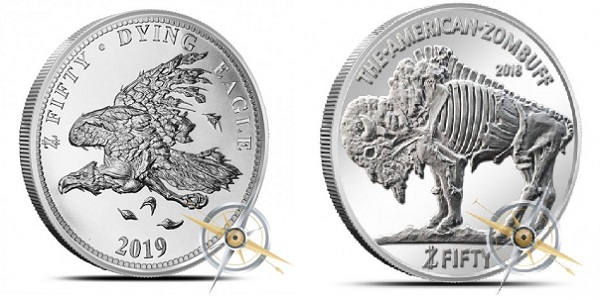 There’s the Zombucks “Dying Eagle,” a representation of the late-1850s Flying Eagle cent. There’s the Zombucks “Starving Liberty,” the “Feast Dollar,” the “Murk Diem,” and perhaps my favorite of all, the “American Zombuff.” All of the coins are in limited mintage and take inspiration from well-known, historical coin designs like the Buffalo nickel, the Walking Liberty, the Morgan Dollar, and more. Sales began in 2013 with the first design, the “Walker,” and have recently concluded with the final design, “The Saint,” inspired by the Double Eagle gold coin sculpted by Augustus Saint Gaudens. Each bullion round is struck with 1 oz. of .999 fine silver or copper. 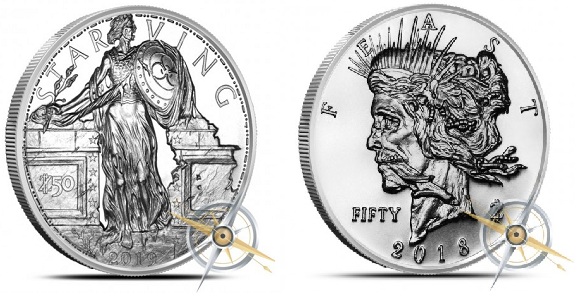 Zombies have been quite the rage in the past decade, with movies like I Am Legend (2007), Zombieland (2009), and World War Z (2013), accompanied by the ever-popular television series Walking Dead. The film industry has been joined in the zombie-fad by books and video games. In fact, Zombucks might be the appropriate currency for a story story such as Pride and Prejudice and Zombies, due for release as a feature film in 2016.

As Provident Metals states, “There’s no need to worry about currency devaluation, inflation, or diversifying your portfolio…when you’re trying to survive a zombie attack.” And really, who can argue with that?