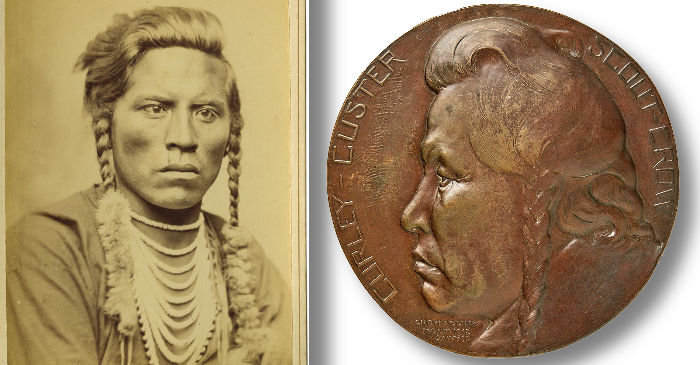 Dallas, Texas (March 24, 2018) — A rare group of artist Edward Warren Sawyer’s Native American portrait galvanos, heralded as both artistic and historic contributions to American art, will be offered by Heritage Auctions from June 13-18 in Long Beach, California. Completed from 1904 to 1912, scholars credit Sawyer’s skilled ability to capture a subject’s likeness for setting a highpoint in the field of medallic art.

“The majority of these galvanos are found in museums and it is highly unusual to see any examples offered at auction,” said Mark Borckardt, senior numismatist at Heritage Auctions. “Previously, only two examples have appeared for public sale to the best of our knowledge.”

A galvano is a uniface rendering with the back typically filled with lead or another material to provide support. The galvanos were created in two sizes, 2 and 3/4-inch diameter, and 5-inch diameter. There are 38 different subjects and 41 varieties of Sawyer’s portraits known today. The Medallic Art Company produced the galvanos from Sawyer’s models.

Museums and institutions holding examples of Sawyer’s galvanos include the American Numismatic Society, the Art Institute of Chicago, the Massachusetts Historical Society, the Musee d’Orsay in Paris, the Smithsonian Institution, the University of Reno, and the Whitney Western Art Museum in Cody, Wyoming. 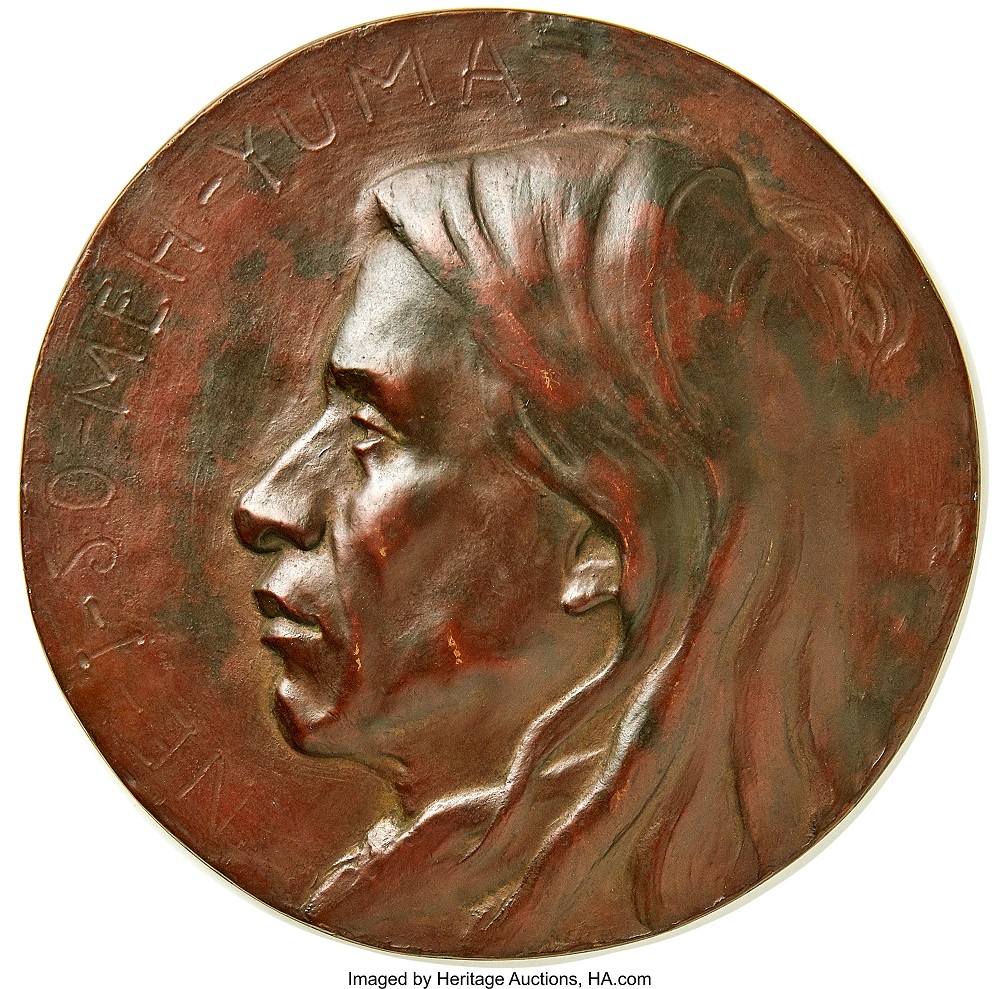 Sawyer was trained at the Art Institute of Chicago under the tutelage of Hermon MacNeil, the famed designer of the Standing Liberty quarter. He later studied at the Académie des Beaux Arts in France before embarking on three visits to the American West. He visited members of the Yuma tribe but was only successful in convincing member Ne-I-So-Meh to pose for him. 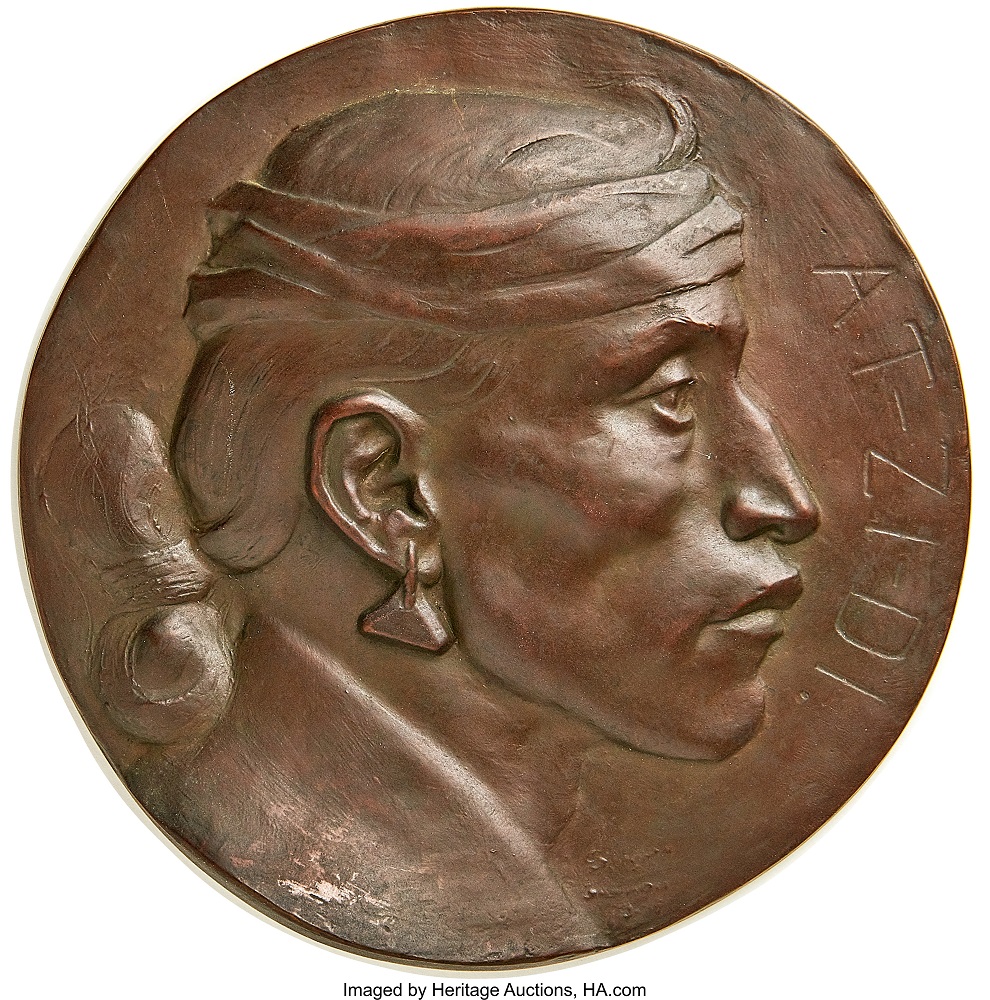 Sawyer completed several portraits of members of the Navajo Nation. Included in the auction are galvanos depicting At-Zi-Di, Ish-ki-La-Cai, and Est-Zan-Lopa, whom Sawyer described as “a little girl blanket weaver.” The group also includes a galvano of a 63-year-old Native American named Capitan and one named Quinlichini-Nez. 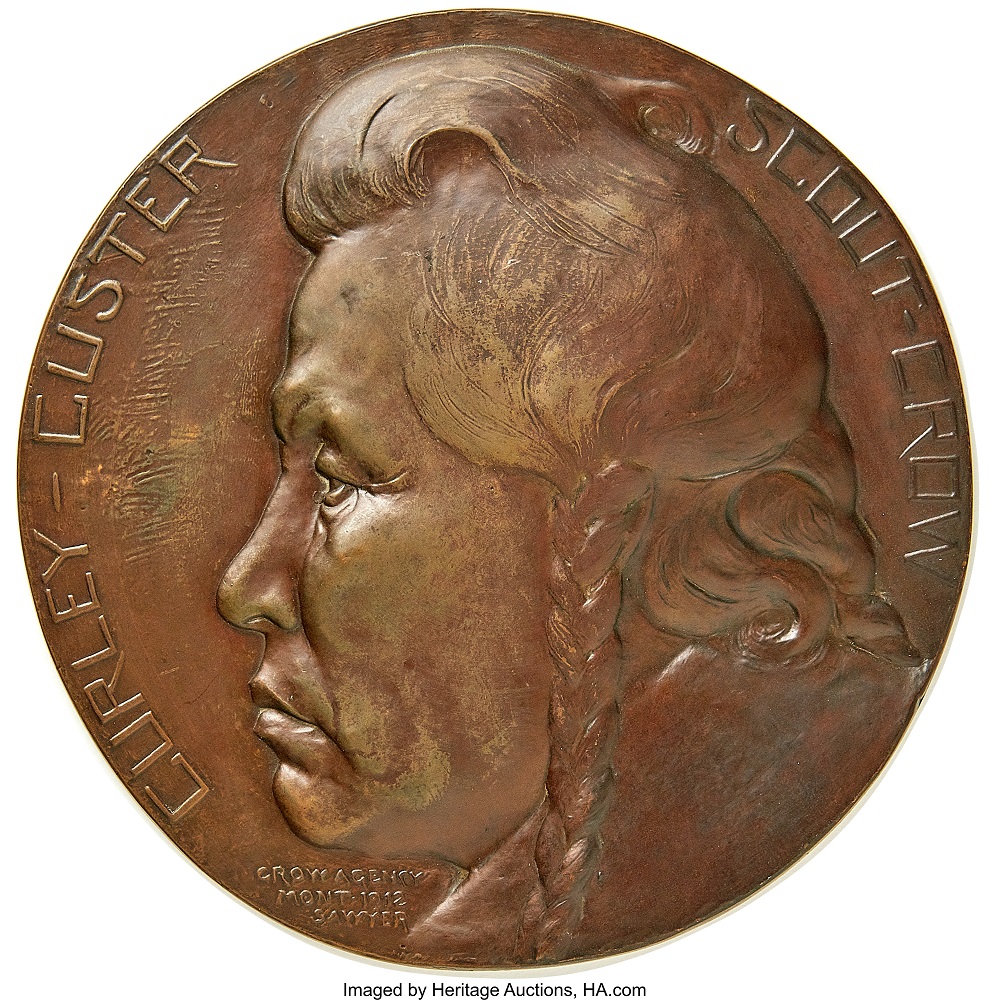 A document providing a detailed overview of Sawyer’s life, work, and accolades is available on Heritage Auctions’ website.